The river is deep and cold and moving fast, thick with sand and soil dredged from a hundred flash flood canyons. A 2,000-cubic-foot-per-second slurry of snowmelt and runoff boiling at its center. I'm standing barefoot on one muddy bank, a nylon sling over my naked shoulder, a thick steel tow cable knotted to one end. A hundred yards away, near the far side, two friends are stranded on the roof of a pickup. The water has risen in the six hours since the truck first attempted the ford, brown waves pushing over the hood, licking at the side mirrors, and pouring over the windowsills.

The tow truck idles behind me. I take a deep breath and try to push out the sound of the impatient diesel, try to quiet my hammering heart.

I take three steps forward. Slide in to my waist before I know what’s happening, the water doing its best to push me down. I pull 300 feet of cable upstream, grabbing handfuls of reeds and mud and roots to steady myself and keep from getting swept away. I run out my slack. I take full, deep breaths, press my feet against the muddy bank, and launch myself at that wild current.

At first, it’s easy work. Hand over hand; breathe, turn, breathe, turn. Kick like hell. I’m wrapped in a coat of adrenaline and I don't feel the chilly water until I get midstream. Not until all that line sweeps out in a vast arc behind me, acting like a goddamned anchor. I’m not moving forward. When I stop to check my progress, the weight of it pulls me under. The darkest of my childhood fears uncoils in my gut. The terror that says, “you will drown here.”

We’d been camped outside of Moab, Utah, with Brandon and Leigh. Set ourselves up at the base of a tall slickrock spire, the peak etched and painted with graffiti. The oldest of those words has looked out over the Dolores River valley for some 102 years. None of it profane or vulgar, just names and dates. A few inspiring words hidden away from the rest of the world. The best of them: “May you live as long as you want.”

We spent two days poking through the rocky hills on a pair of mountain bikes, watching the moon crawl its way over the flattop ridges to our east. Kevan and Amanda, friends from Knoxville, joined us early in the week. It’s always good to see familiar faces, to grab hold of a tether to the home we left behind, and I was happy to show them the miracle and beauty of the desert.

Kevan’s one of the more talented off-road drivers I know. Smooth and confident behind the wheel, he can pick a perfect line over seemingly impassible terrain and drive through it like he’s idling down his driveway. He’s owned a passel of machines, but his latest, a 2005 Toyota Tacoma TRD Off Road, might be his best. He spent the last six months gearing up for the trip out west, adding body protection, a small lift, meaty tires, a winch, and—yes—a snorkel.

The plan was to meet up with Kevan and Amanda, then take one of the two off-road routes from Moab to Grand Junction, Colorado. Brandon and I scouted the first, Kokopelli trail, but found it too aggressive for my old Dodge and his Vanagon. From Dewey Bridge on, the route devolved into a series of deep sand slogs and rough slickrock climbs. The second option was more manageable—basically a dirt road with a few muddy hills and rocks to contend with. That, and a ford at the Dolores River.

One lazy afternoon, Brandon, Kevan, and I decided to take a look at the water, to see if it’s even possible to get across this time of year. It didn’t look good when we arrived. It was wide, fast. Kevan walked out in it and probed the bottom with a stick. He decided it was risky, so he’d nose the truck in for a few photos, then back out and call it good.

Except the current grabbed the Tacoma in a blink, lifting it off its tires and floating it downstream. Kevan put the throttle on the floor, desperate to get the truck paddling. And it worked, the Toyota fighting the river, grabbing traction where it could, and pushing to the trail exit on the far side. He managed to get it within 15 feet before getting bogged down in the deep sand there. Before the interior flooded and the engine died for good.

Brandon and I watched helpless from the shore. When it was clear the Tacoma wasn’t going to wind up a few miles downstream in the Colorado River, I hauled ass back to camp and grabbed the Dodge.

I was in a modifying frenzy before we left Knoxville. I’d debated whether it was worth the weight penalty to add a big, heavy steel bumper, and a bigger, heavier winch to the nose of the truck. When I spoke to the guys at ARB about it, they made a solid case for the equipment: when you're hours from help, it’s better to have the tools and not need them than to need them and not have them.

ARB sent me a pallet of parts to try out on the rig, and when Kevan and I bolted the big bumper and massive winch to the front of the truck in Knoxville all those months ago, I hoped like hell I’d never have to use them.

So much for hoping.

I nosed the Dodge to the river’s edge and began unspooling line. One hundred feet of thick steel cable—not enough to get to the Tacoma. We had a few recovery straps, but even those weren’t up to the task of getting us across the water. We shouted a plan over the sound of the wind: one of us would swim my line out, then we’d marry it to a tow strap, which we’d then wed to Kevan’s winch line.

I’m a competent swimmer. I grew up loving the water—the soft, snaking rivers of my Virginia high school years. The rolling surf of the Atlantic. Floating rapids or surfing short breaks. Canoeing and boating. But soaked through as I am, with a real and heavy fear of drowning—of my lungs filling with water, of sinking—I'm less than confident.

Brandon knows this. During their wilderness first aid course, he and my wife, Beth, discussed our various weaknesses. Allergies, fears, that sort of thing. And when he saw me preparing to wade into the Dolores, he stopped me. Insisted he go instead—this, for a guy Brandon had known for less than a full day. It’s a rare thing to glimpse the heart of a person, to see the fullness of his character. It made my heart ache behind my ribs.

He stripped down to his skivvies, a strap in the crook of his elbow, and waded in. Walked a bit up stream and pushed off. If watching Kevan and his truck fall to the mercy of that river was terrifying, watching Brandon face it while dragging an anchor of recovery gear was worse. The current whipped him. He put his feet down and stood up, waist deep in the swift water, legs braced against the rush. He tried a step, nearly lost his footing, and gave up trying to walk the short distance to the stranded truck.

It was a long throw, but Kevan managed to get him a tow strap, and Brandon was aboard the Tacoma in short order. We hooked the lines together and I began winching. As soon as the cable went taught, it slacked again. In a few minutes, I had the full length of my cable, the tow strap, and the frayed end of Kevan’s cable on the bank. He’d left the winch on spool, and I’d pulled the line right off the drum.

Everyone went quiet for a moment. The day had just become infinitely more complicated. We sent an emergency text from our Delorme Inreach Explorer to Amanda’s father, who called a wrecker service in Moab. I’m not sure what I expected out of the tow driver. Some sort of clever device to launch a rope 300 feet? A kayak, maybe? He rolled up in an old F-350. Stepped out and said:

So much for cleverness.

By then, Leigh had joined the party on the bank. Like her husband, she’s a strong swimmer, and she was putting up a protest when I made my way to the Dodge to change into my trunks.

“You have a daughter,” she said.

I do. A beautiful, smiling, happy daughter. And a gorgeous, compassionate wife. The lights of my days. And I know I’m anteing more than my life by wading into that water—I’m betting the rest of our lives together. But there’s no way I’m leaving those guys on that truck. That voice is wrong. I’m not drowning here.

I give the water a quick push and kick as hard as I can. The cable wraps around my left foot briefly, then lets go. When I break the surface, I see I’m losing ground. I paddle harder, swim until I’m parallel with the Tacoma, then try to put my feet down. There's riverbed there enough to let me stand. I’m a long way from Brandon and Kevan, but I’m not in immediate danger of drowning, either. I brace against the current and work like hell to get to the truck. Brandon throws me a strap, and the two of them pull me aboard.

Our tow driver is a saint. Works the boom and line like master. Drags the Tacoma out tail-first, slowly, bucking and swaying in the current with the three of us on the roof. When he finally drags the thing out of the water, we’re ecstatic. It had been six hours since we rode up to inspect the river.

The truck is trashed. Water and sediment fill the floorboards. There’s three inches of sand everywhere under the hood, and we’re a long damn way from Knoxville. But we’re alive and in one piece. And that’s good enough for now. 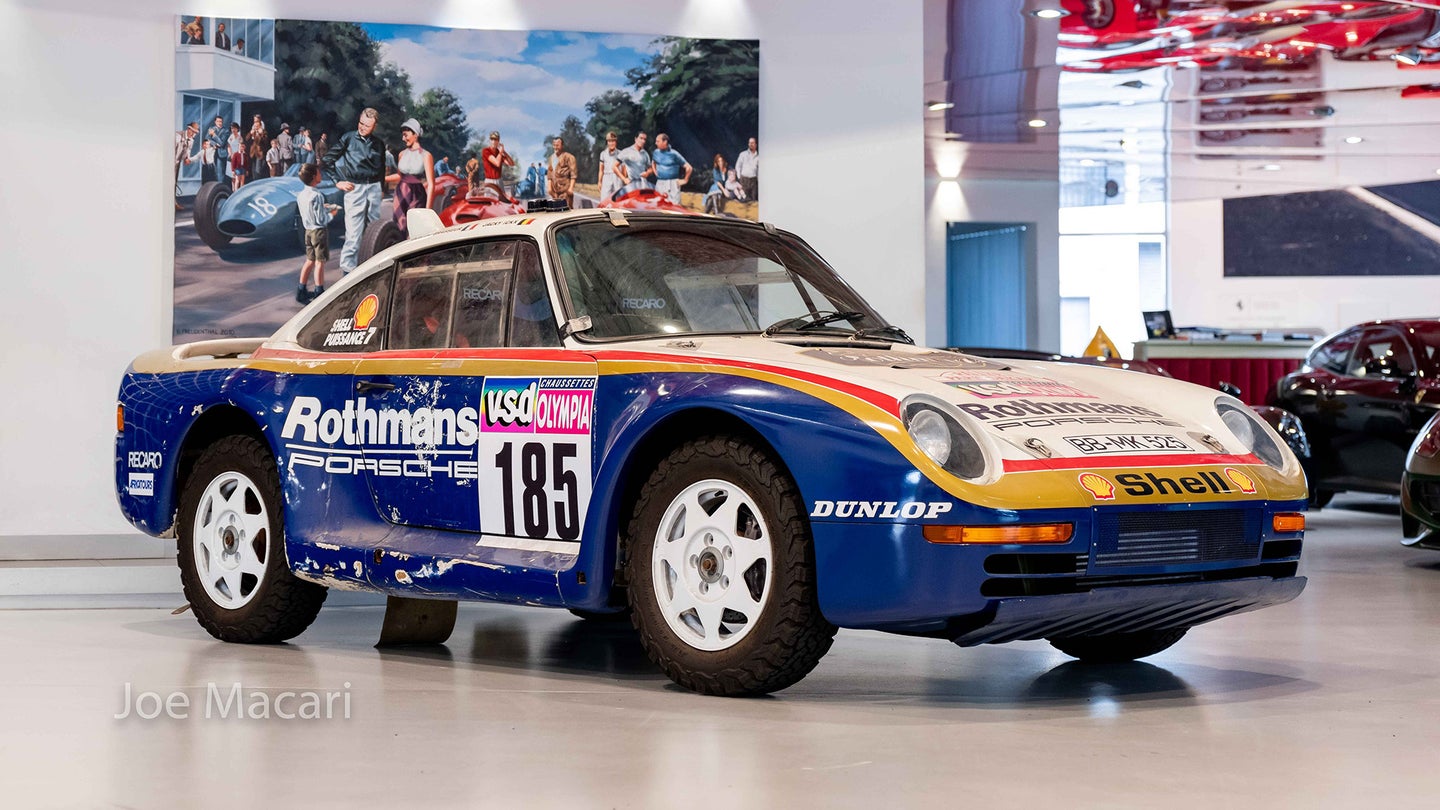 Porsche’s multi-million dollar race car can be yours with some additional sand at no extra cost. 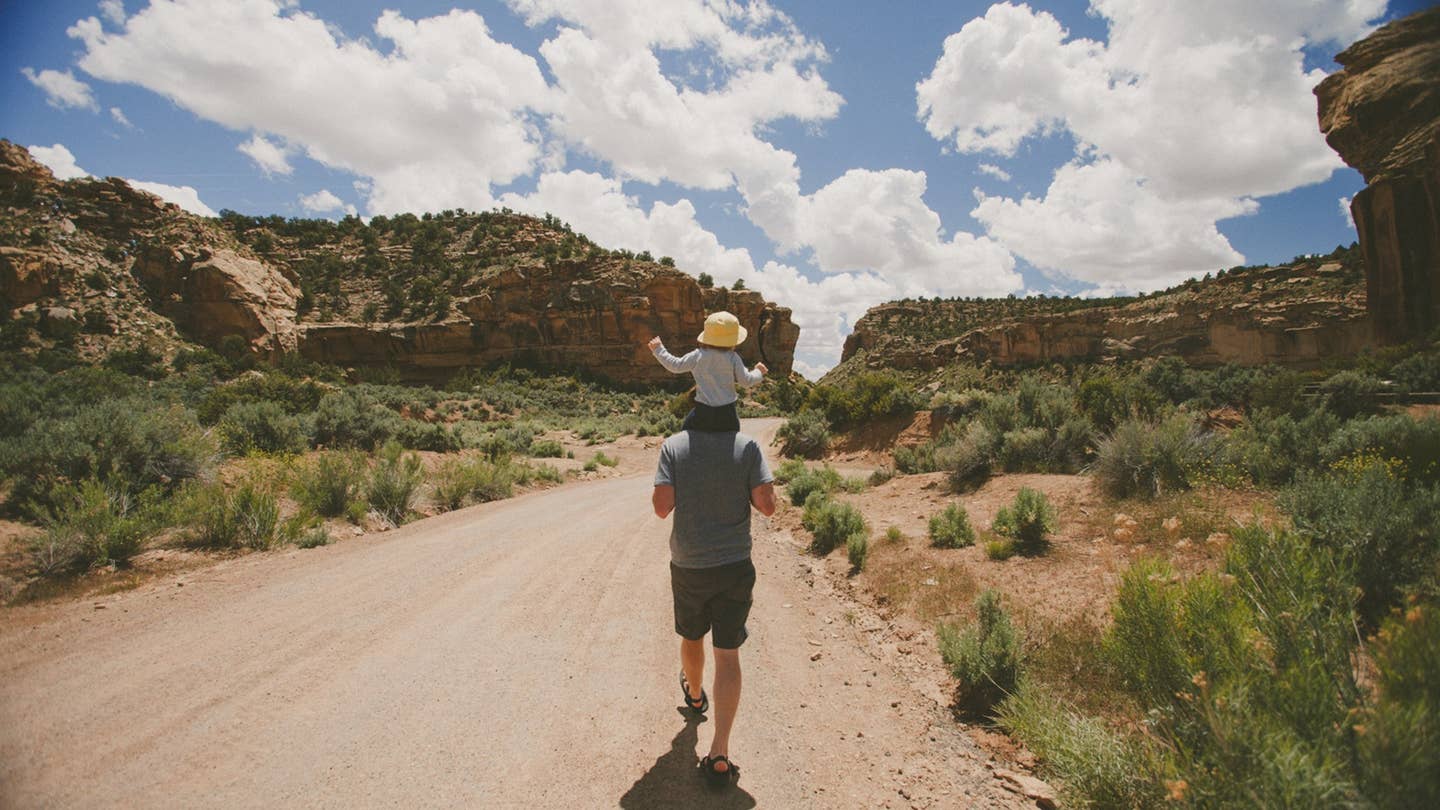 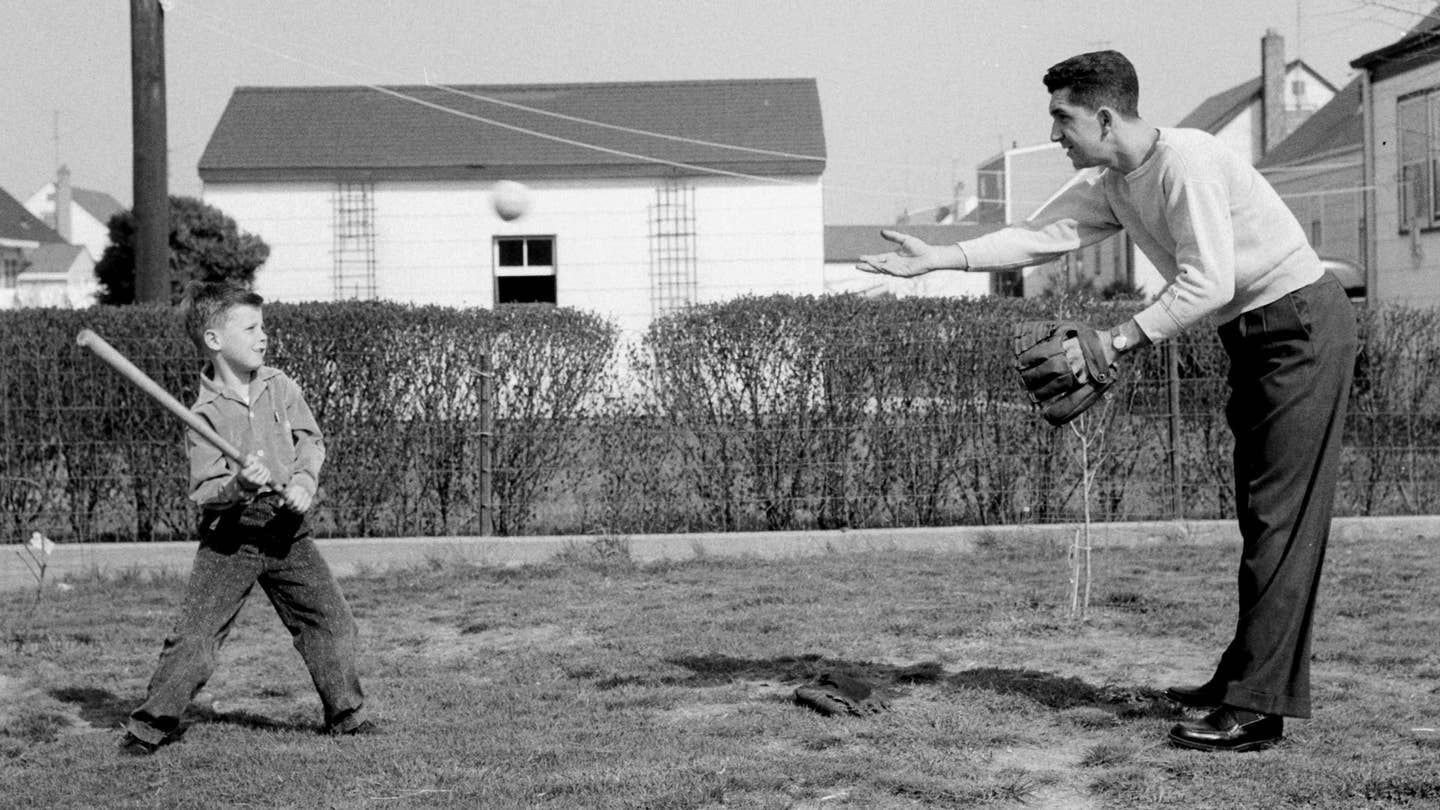 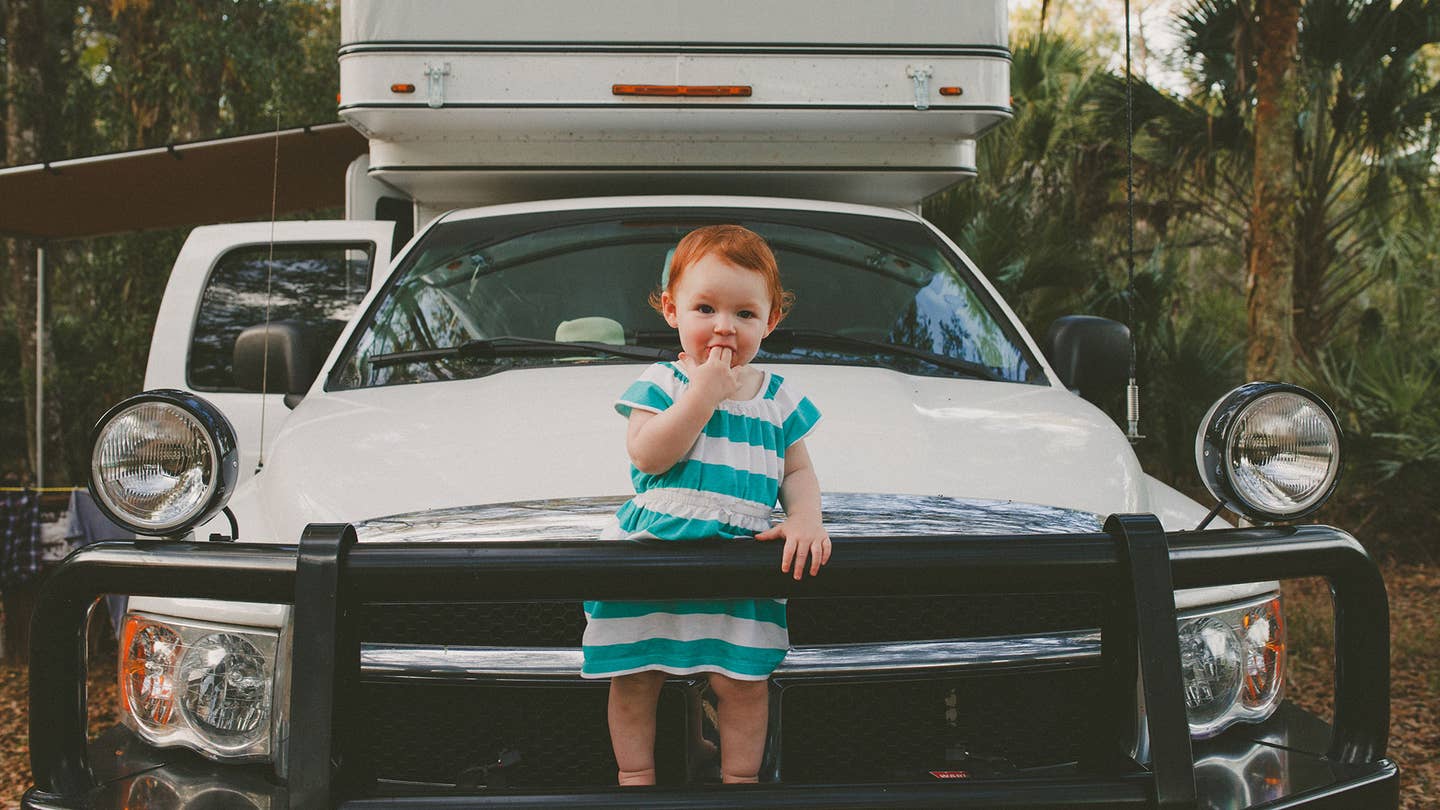