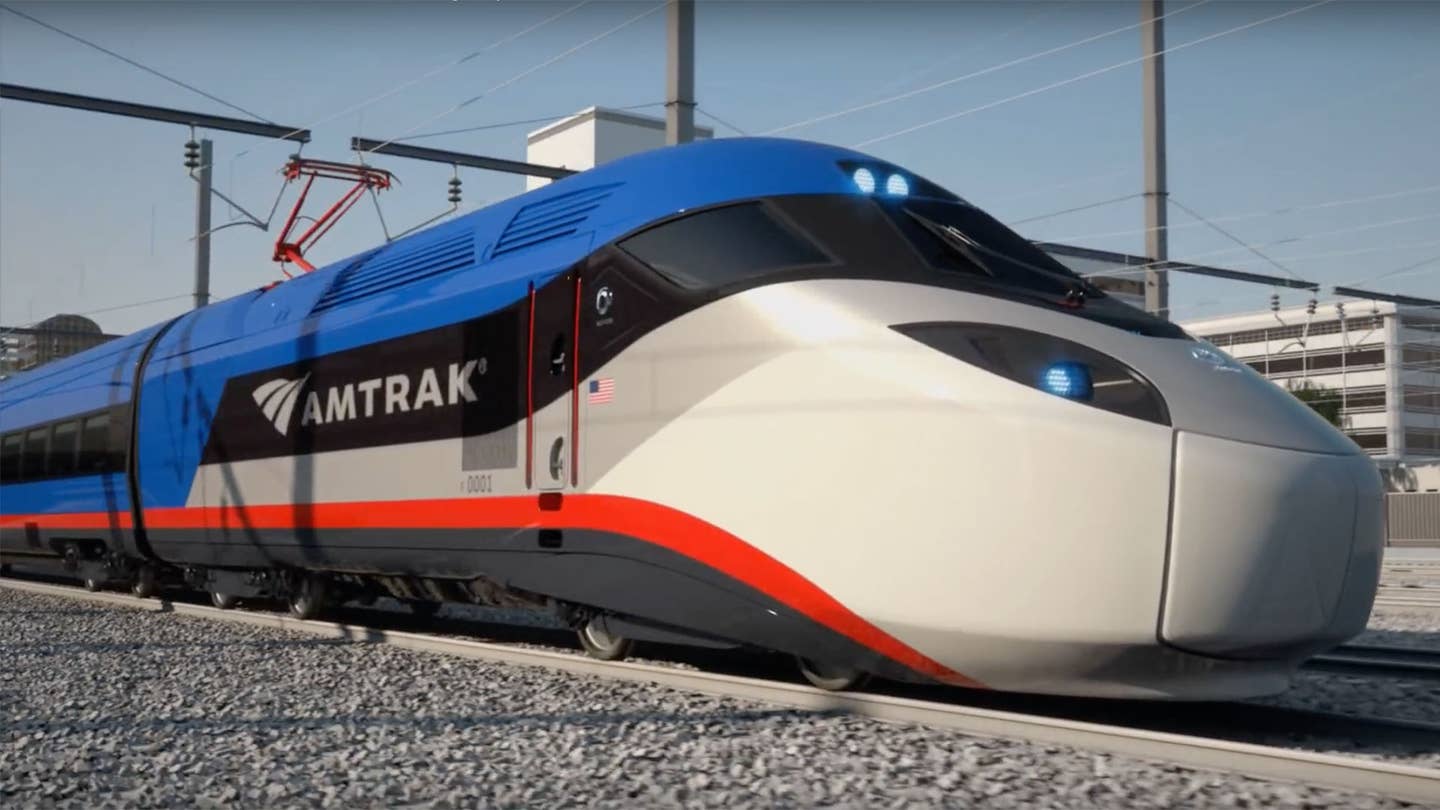 Amtrak will be rolling out a new fleet of high-speed trains starting in the year 2021, which, combined with a raft of upgrades to the Northeast Corridor, should expand both passenger capacity and speed of service in the key Boston-to-Washington routes, the train company announced on Friday.

The passenger rail agency has contracted French trainmaker Alstom, makers of the TGV, to build 28 next-generation bullet train sets. Each example will have roughly one-third more passenger capacity than each of the 20 Acela Express trainsets Amtrak currently has in operation on the Northeast Corridor. Combined with the additional number of trains in service, the new high-speed Alstoms are expected to boost Acela service by 40 percent over current levels. The trains will be assembled in Alstom's facilities in Rochester and Hornell, N.Y. And, like New York City's latest buses and subway trains, they will be replete with USB ports for passenger use.

More importantly for business travelers and train nerds alike, the new trains will ultimately be capable of speeds of up to 186 miles per hour at the fastest points on the run, though they will be limited to 160 mph at first due to existing infrastructure. The curreny Acela service tops out at 150 mph, but only for a few brief stretches in New England; the train averages roughly 65 mph on its overall route.

The new deal comes as part of a $2.45 billion loan from the federal government designed to provide a boost to train travel on the key route, which stretches from Boston to New York City to Washington, D.C. The deal was announced by Vice President Joe Biden, an ardent Amtrak nut who regularly rode the train from his home in Delaware to Washington, D.C. when he was a senator. In addition to the investment in new trains, the federal funds will also go towards improving the tracks and maintanence facilities along the route, as well as towards renovating D.C.'s Union Station and helping develop New York's new Moynihan Station, which is expected to replace part of the labyrinthian hellscape known as Penn Station in the near future.

And considering improving America's rail network is one of the places where Democrats and Donald Trump are in agreement, it seems fair to say that no matter who wins in November, the new high-speed Amtrak train project will remain...on track.