Pro Tip: don't stand near the edge of the platform when the tracks are covered in feet of snow. 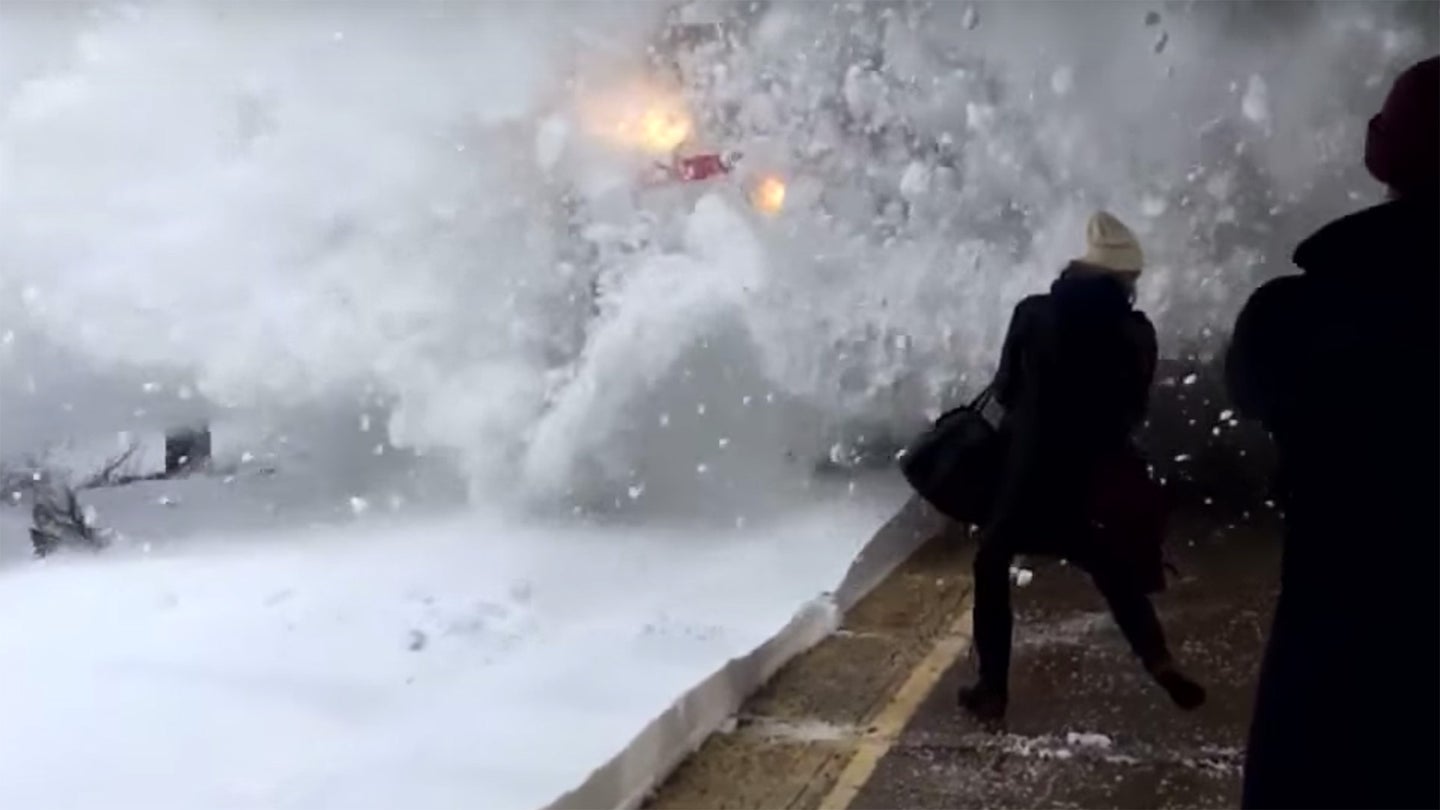 When you are waiting for a train to arrive at the platform, it is customary to stand back and allow ample room for the train to come to a stop or pass by. One should take extra caution after a snowstorm, but apparently the Amtrak customers in Rhinecliff, New York didn't get the memo after Winter Storm Stella earlier this week.

The video shows a large amount of snow piled on top of the tracks, and an extremely rudimentary level of common sense would tell passengers all that snow has to go somewhere. As the train rapidly approaches, you begin to notice an upsetting number of customers do not move, opting to film the train instead. For the next few seconds, you see customers look through the screen of their iPhones as the train barrels down on them. Eventually, the realize the train isn’t slowing down... but it’s too late. A wave of snow flies toward them and smashes into customers, potentially knocking them off their feet.

What can we learn from this? If you see snow piled so high on a track that it is above the elevated platform, you may want to seek shelter during a train’s arrival.