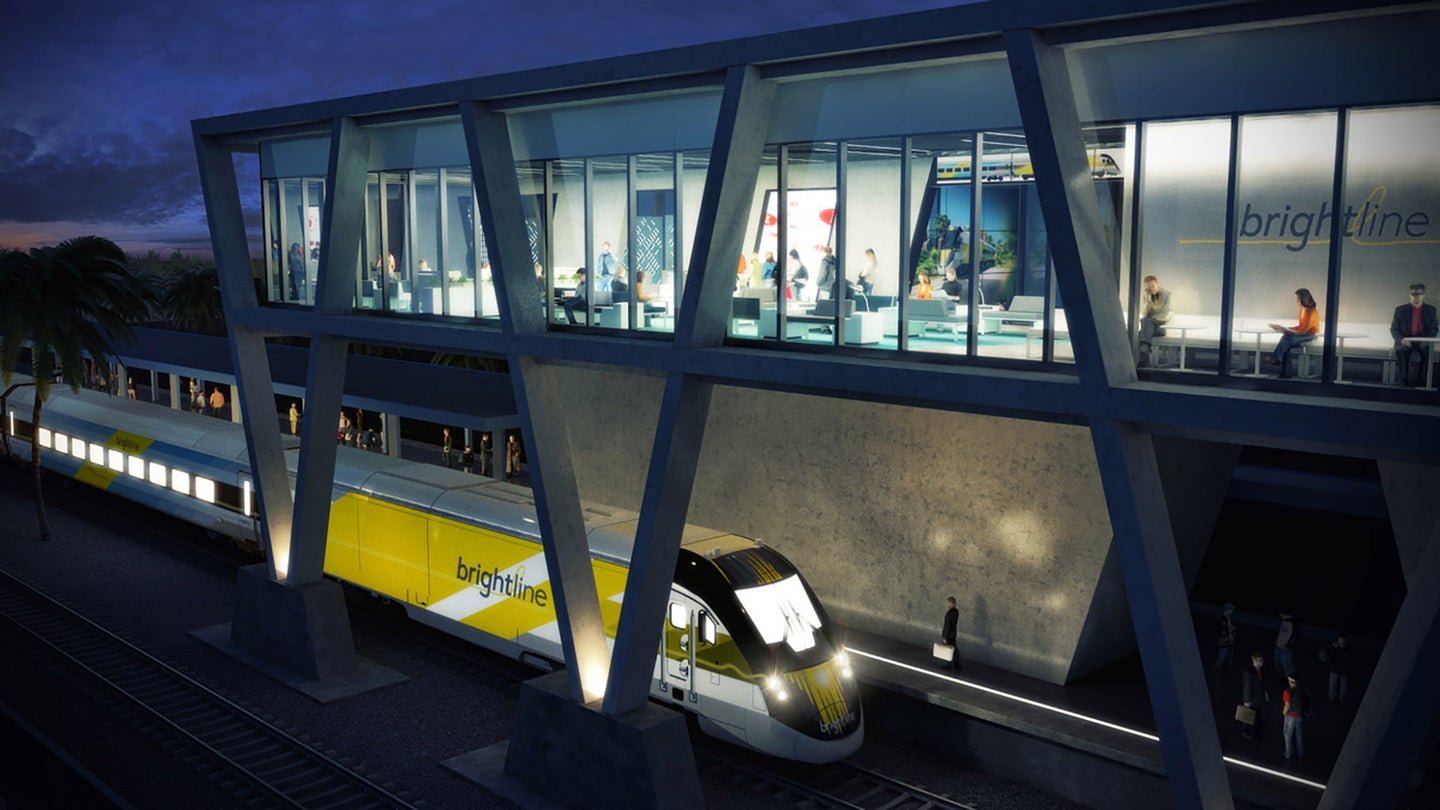 If I were to tell you someone wanted to start a private railway company you would probably laugh in my face—especially if the company had zero intentions of hauling freight. Florida based Brightline is doing just that. Recognizing a need for alternative (and fast) transportation across the wild state of Florida, All Aboard Florida (a subsidiary of Florida East Coast Industries) decided to take the plunge, becoming the first company to open a private passenger railroad in over 100 years.

With the goal of having five operational trains (BrightBlue, BrightOrange, BrightPink, BrightRed, BrightGreen) by the summer, Brightline should present a speedy alternative to sitting along the crowded interstates. Each train will have four coach cars, and two locomotives powered by 16-cylinder, 4,000 horsepower engines. This will allow the Siemens-made trains to confidently cruise at 79-mph in densely populated areas and run up to 125-mph when the terrain becomes more remote.

Brightline's two different tiers of coach will feel a little more luxurious than the Amtrak cars we have become accustomed to. Each car will come with 66 seats, tables, USB ports, large storage areas, and even a mini kitchen with microwaves, coffee and other refreshments.

President Mike Meininger hopes to see three million passengers utilize the train in the first year through its regular trips between West Palm Beach, Fort Lauderdale, and Miami. He went on to predict Brightline will service 5.5 million passengers once they complete their Orlando station. To put that number in context, 5.5 million people a year equates to around 15,000 people a day. It seems like a doable number in the context of New York's transit system where 750,000 people go through Grand Central Terminal each day.

Brightline plans to beginning testing soon, with 40lb bags on each seat standing in for customers, and they continue to work closely with Siemens to ensure train production is on schedule for their summer debut.