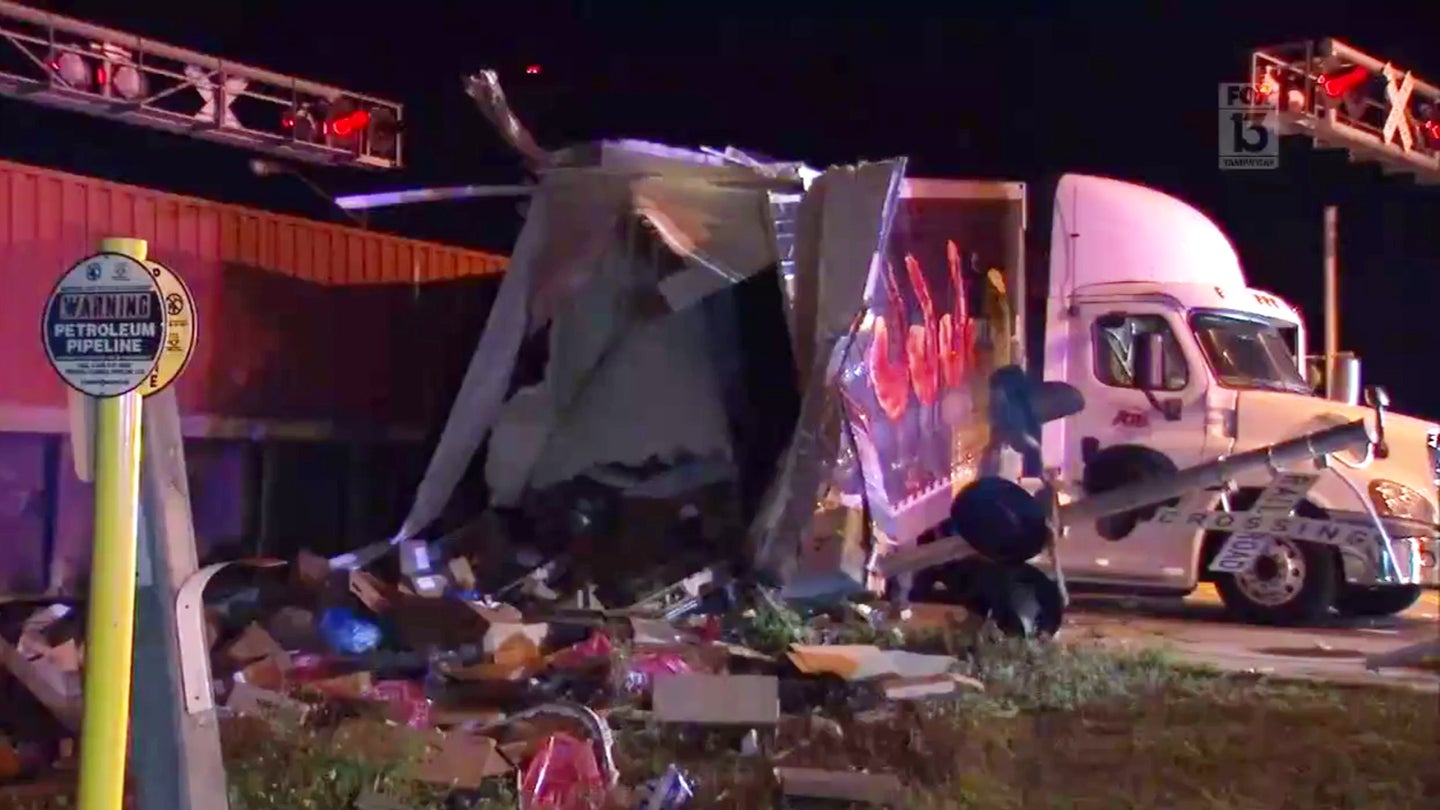 Residents of a central Florida city were gifted an early holiday surprise this week when a train struck a semi-truck full of frozen food, sending boxes of meat and seafood flying everywhere—which authorities allowed neighbors to gather up and take home for free, Fox 13 News reports.

The impromptu buffet was established after semi-truck owned by the Colorado Meat and Seafood Company stalled out on a set of CSX train tracks in Lakeland, Florida on Wednesday morning. The driver reportedly tried to contact CSX to warn them of the situation, but a freight train came barreling through the intersection before he could reach anyone and crashed straight through the trailer, tearing it in half.

The impact also sent hundreds of boxes of frozen food flying into the predawn sky, and images from the scene show both sides of the tracks completely covered with packages of steaks, bacon, shrimp, and other meats. According to Fox 13, the Colorado Meat and Seafood Company quickly sent word that it was writing off all the cargo and didn't want to salvage it, so CSX employees who responded to the crash began picking up the food and throwing it in a dumpster to clear the tracks.

Meanwhile, a fairly large crowd of nearby residents had gathered, and authorities decided to allow them to take whatever they wanted for the wreckage since it was all destined to be thrown out. The giveaway reportedly lasted for over an hour until CSX asked police to clear the scene so they could reopen the tracks to train traffic. Given the amount of food, it's highly likely that this train strike prevented at least a few families from going hungry over the holidays this year.

"People are hungry," neighbor Jessie Woulard told Fox 13. "Some people are so hungry they'll wash it off. Everybody needs something. It's Christmas."

Putting their rigs to good use!