A massive plume of smoke has been seen billowing from the site. 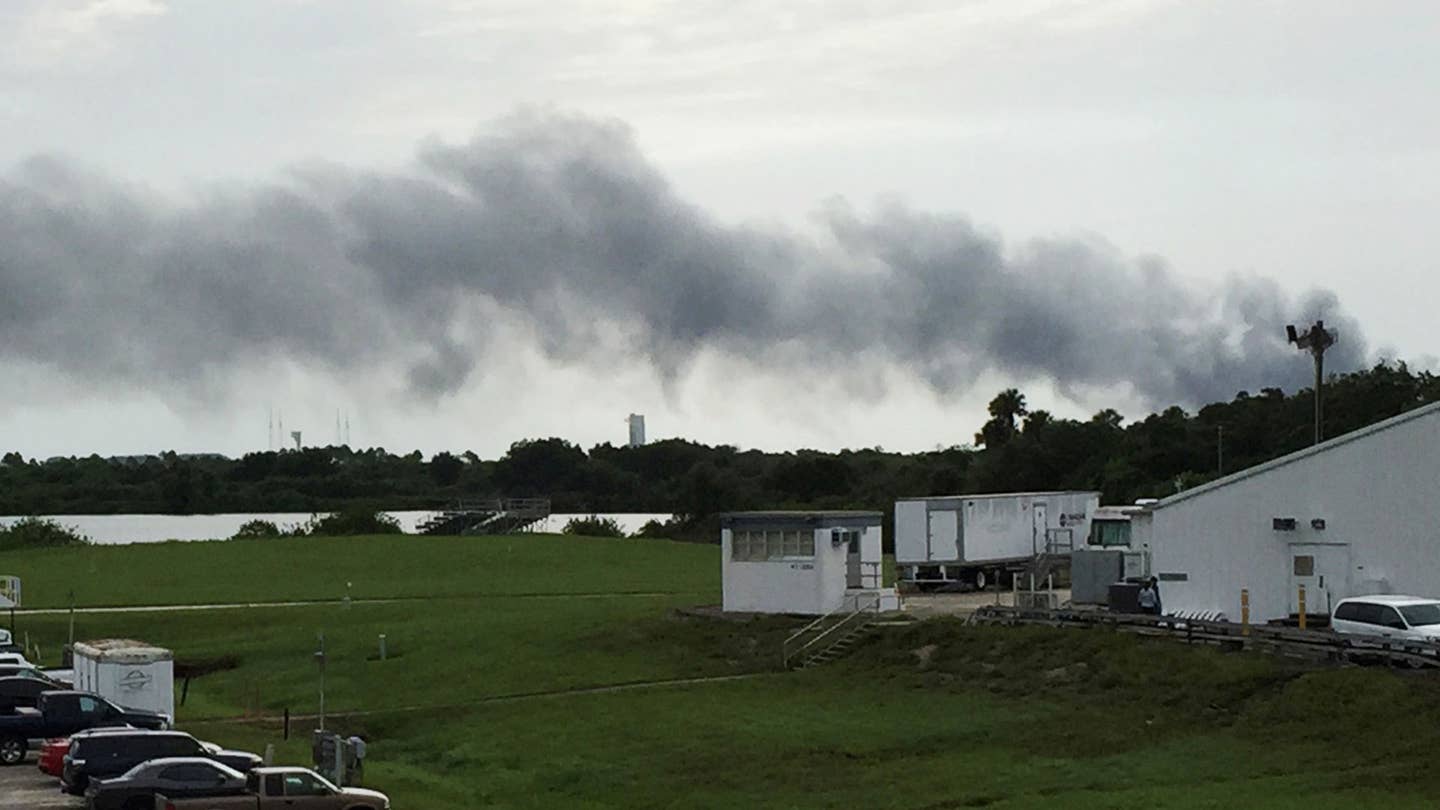 Update: 1:55pm: We've added a video depicting the moment the rocket exploded at the end of this post.

A Falcon 9 rocket belonging to Elon Musk's SpaceX was destroyed in an explosion at NASA's Cape Canaveral launch complex earlier this morning, according to the company. No one is believed to have been killed or injured in the incident.

The rocket blew up at approximately 10 a.m. local time on Thursday, according to a spokesperson for Cape Canaveral Air Force Station, who added that emergency management teams were already on the scene. The blast was reporedly felt miles away from Launch Complex 40, the launch pad SpaceX leases from NASA; a massive black cloud of smoke has been seen rising up from the site.

In a statement, SpaceX said it was testing the Falcon 9 rocket in advance of a weekend launch of an Israeli communications satellite when an "anomaly on the pad" led to the explosion, destroying both the rocket and its satellite payload. It is not yet known what sort of damage the explosion may have inflicted on the launch pad, nor how it might set back future endeavors by Musk's space company.

This marks the fourth failure this year for the Falcon 9 rocket, which is designed to transport cargo and unmanned space craft such as SpaceX's Dragon into Earth orbit. The previous three problems, however, occurred during the company's attempts to land the resuable first stage of the rocket on an ocean-based unmanned landing platform.

Earlier this week, SpaceX announced it had found a customer willing to have a payload launched on a Falcon 9 with a previously-used first stage, giving the company its first chance to attempt a second launch for an individual rocket.