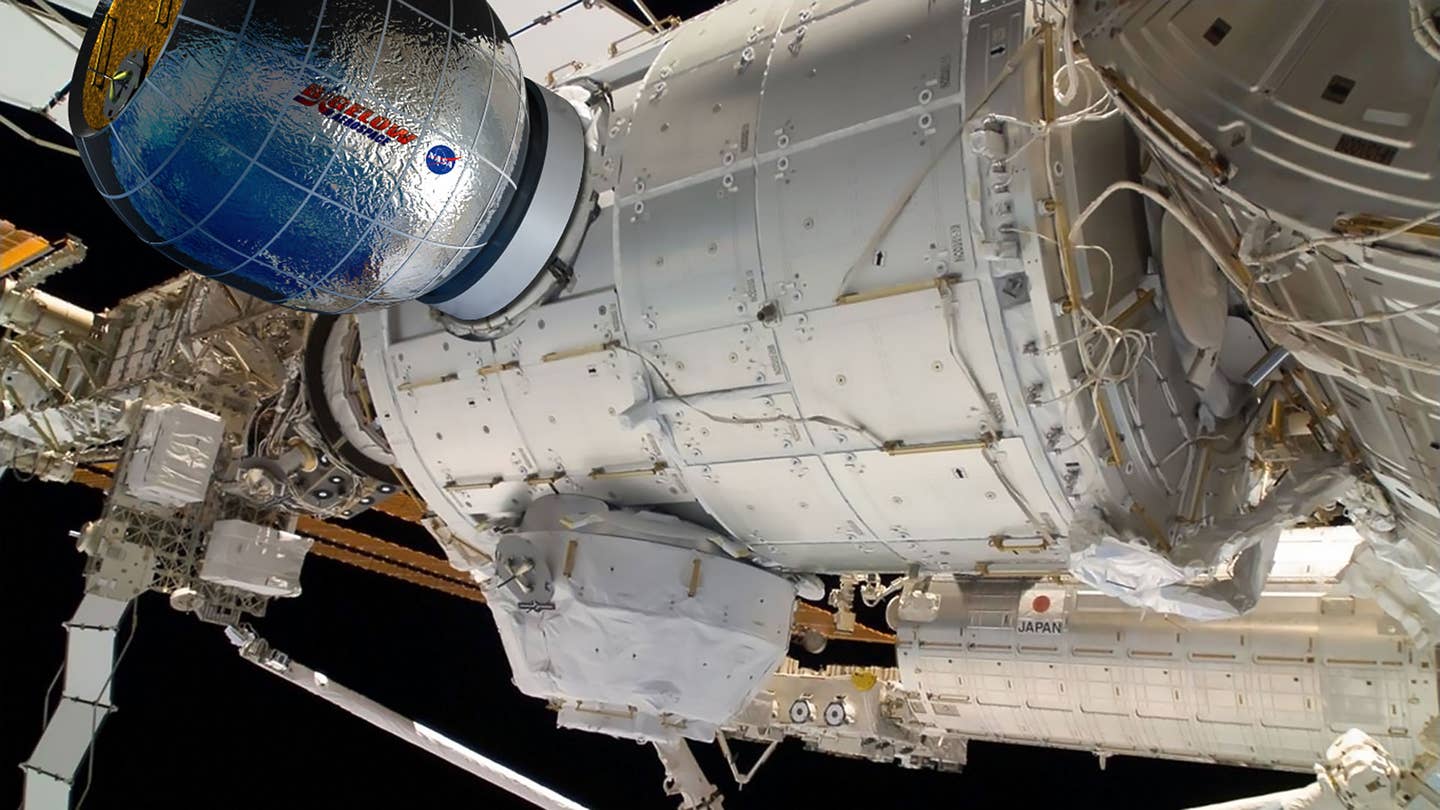 When Elon Musk's SpaceX Dragon cargo ship lifts off from Cape Canaveral on April 8, there'll be a little treat for the astronauts on the International Space Station nestled amongst all the supplies and consumables: a whole new room for the ISS. How'd NASA fit an entire room onto a space craft with only as much cargo room as a small U-Haul? The same way you squeeze a camping mattress into the trunk of your car: make it inflatable.

The Bigelow Expandable Activity Module, or BEAM, is about 8 feet in diameter in its compacted state. Once it reaches the ISS and is attached to the wing known as the Tranquility Node (where Scott Kelly's beloved Cupola lies), it'll be filled with air until the aluminum-and-fabric structure swells to 565 cubic feet. It will then spend the next two years attached to the ISS, before being jettisoned and left to burn up in the atmosphere. As NASA says it has no plans to store equipment inside the module, astronauts will presumably use it as a tiny, zero-g bounce house.

BEAM, which was developed in conjunction with Bigelow Aerospace, isn't going into orbit simply so the astronauts can have a place to let loose their inner child. The module's main purpose is to serve as a test bed for inflatable space habitats. Astronauts will measure how much radiation is entering the chamber, how much heat is leaking out, and how well it holds air, among other factors.

If the BEAM proves successful at holding its shape and deflecting nasty radiation and micrometeoroids, the basic concept could be a huge breakthrough for future deep-space missions. As anyone who's read "The Martian" knows, inflatable habitats would be ideal for the lunar or Martian surface; they could be transported and air-dropped in compact form, then blown up to create living space. (Okay, maybe "blown up" is a bad turn of phrase.)

NASA has released a quick video showing the basics of how the BEAM will be installed. Don't worry about pausing that playlist for it, though; there's no sound. In space, no one can hear you inflate your bounce house.