Did Boston's Mayor Just Doom the New England Patriots to a Watery Grave?

"Fire up the duck boats," Mayor says. What could possibly go wrong in these terrible death machines? 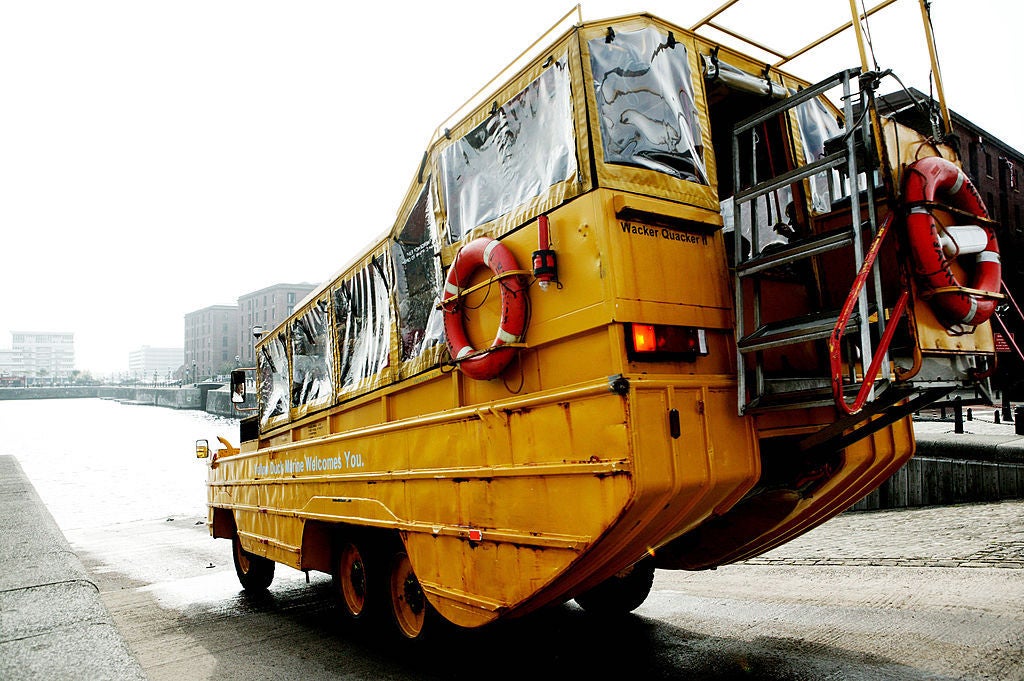 Last night, the New England Patriots won the best Super Bowl come-from-behind victory in the history of sticks-and-balls sports when they defeated the Atlanta Falcons, 34-28. Afterwards, Boston Mayor Marty Walsh took to Twitter to congratulate the team and, perhaps fatefully, ordered his city to "fire up the duck boats."

It's a Boston tradition, after all. Every time the Patriots, Red Sox or Celtics win a national championship, the players and their families are trundled around the city by sea and by land so the city can shower them with love, from Back Bay to Fort Point Channel.

What people don't realize is that they are rolling the dice every time they step into that infernal—and infernally ugly—amphibious death trap. From Missouri to Seattle, on roads and in the water, the duck boat has been a disaster for decades. "This history of death goes back decades," said the lawyer in one of many suits nationwide, "starting with Miss Majestic in Arkansas, where 13 drowned in 1999."

What is a duck boat, anyway? It's a three-axle, six-wheel truck built on the old U.S. Army two-and-a-half ton workhorse with a propeller sticking out the back. Originally called a DUKW, they were designed by a yacht-making company for deployment in World War II, and built primarily by GMC. Starting in 1942, DUKW's were deployed by the thousands as landing craft in World War II, mainly to transport supplies from ship to shore during amphibious operations, including D-Day. 21,000 of them were built before the war ended.

Today, the duck boat is a scourge of modern urban tourism, especially in Boston, where Tom Brady—the greatest quarterback who ever played football—will presumably ask his three children and wife Gisele to join them for the Tuesday morning parade. Seattle used to be a big duck boat town until five people were killed on the I-5 bridge. The city of Chicago is considering bringing duck boats to their town. I hope they read the fine print.

Mayor Walsh, as a lifelong Patriots fan and a strident supporter of Gisele Bundchen's career, I urge you to reconsider the duck boat. It's too close a flirtation with disaster after such an unlikely win. Let's not push our luck.