Yes, MG is still around—and it's getting into the truck game. 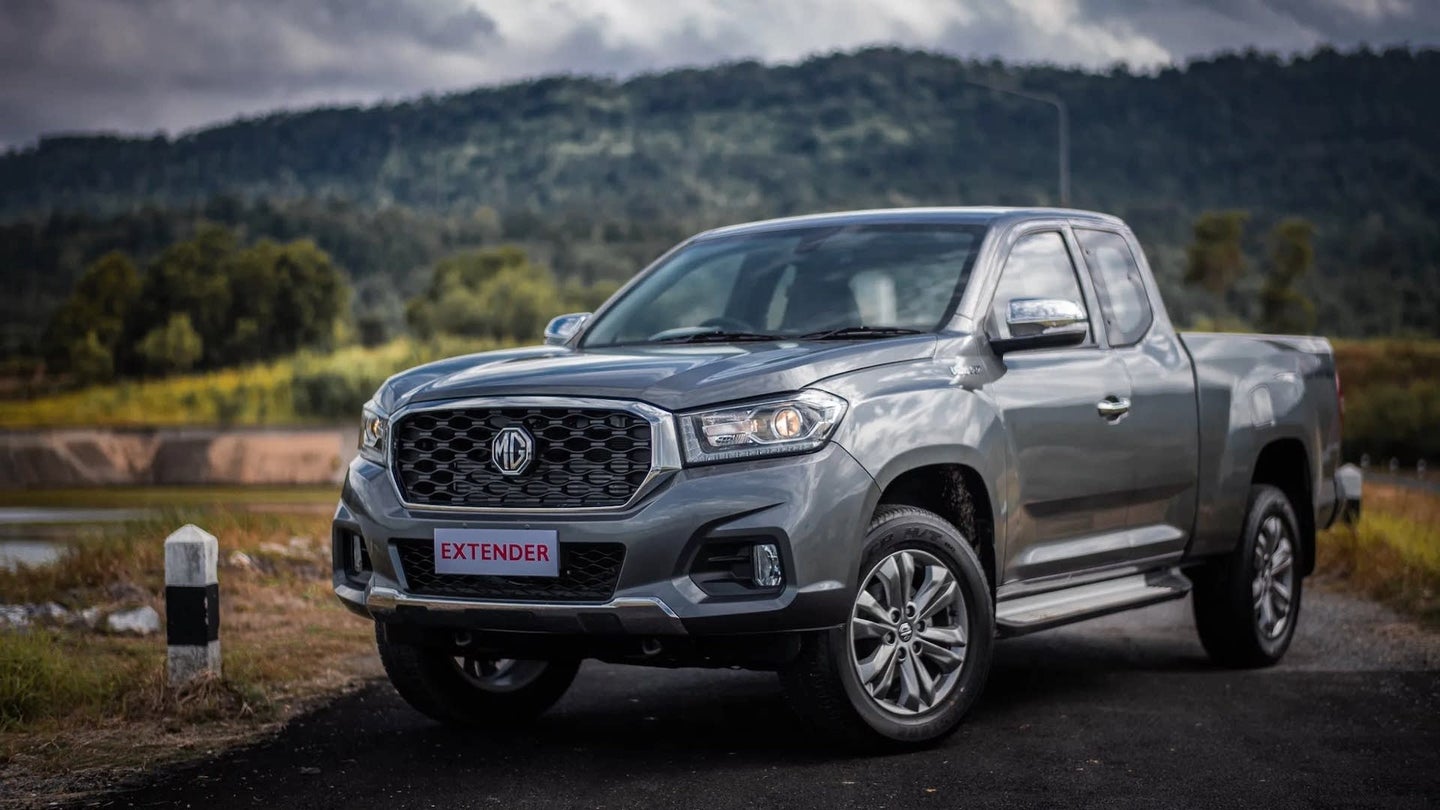 Prepare yourself for the sentence you least expected to read today: MG still exists, and it's going to sell a pickup truck that sounds like it won't be half-bad.

The Extender, as it's called, will be a midsize pickup aimed at the exploding Thailand market. With its market share effectively doubling year-over-year to about 2.3 percent in 2018 according to Marklines, MG not only has a bigger piece of the Thai pie than Chevrolet but is one of the country's quickest-growing automakers. And because pickups account for 43 percent of Thailand's new-vehicle market in 2019 so far according to Nikkei Asian Review, the Extender stands a good chance of maintaining MG's upward momentum.

So, what of the truck itself?

With a front end that looks like a cross between the Toyota Tacoma and Ford Ranger, and a rear that looks more than inspired by the Toyota Tundra, you won't be surprised to hear that this truck comes from China, where it's known as the Maxus T70. Only grilles and badges differentiate the two, which otherwise share bodywork, a frame, and powertrains—minus the Maxus' choice 2.0-liter, twin-turbo diesel. MG's truck gets only two engines, both single-turbo, both two-liters, one of which is diesel and the other, gas. Each can be married to either a six-speed manual or automatic transmission, and thereto, two- or four-wheel-drive.

Despite aiming to undercut its bottom-dollar competitors in Thailand, the Extender doesn't appear to be equipped like a gulag. Base models come in no smaller than extended "Giant" cab, with both automatic climate control and 10-inch infotainment screens, whose steering wheel controls can activate what's advertised as the world's first Thai-language voice recognition system, and which MGR Online reports to be capable of checking lottery results (?!?). Vault up to the crew "double" cab, and you can also get electronically adjusted seats and dual-zone climate control. All of this rides on a chassis suspended by "Euro Tuning Suspension" consisting of double wishbones up front and leaf springs out back.

Is it any good? Odds are we Americans will never find out, due to nonsense like the Chicken Tax and the constantly escalating trade war with China, where the MG Extender is built. Even if it turns out to be a terrible truck, we can enjoy the novelty of a faux-European MG pickup from afar.