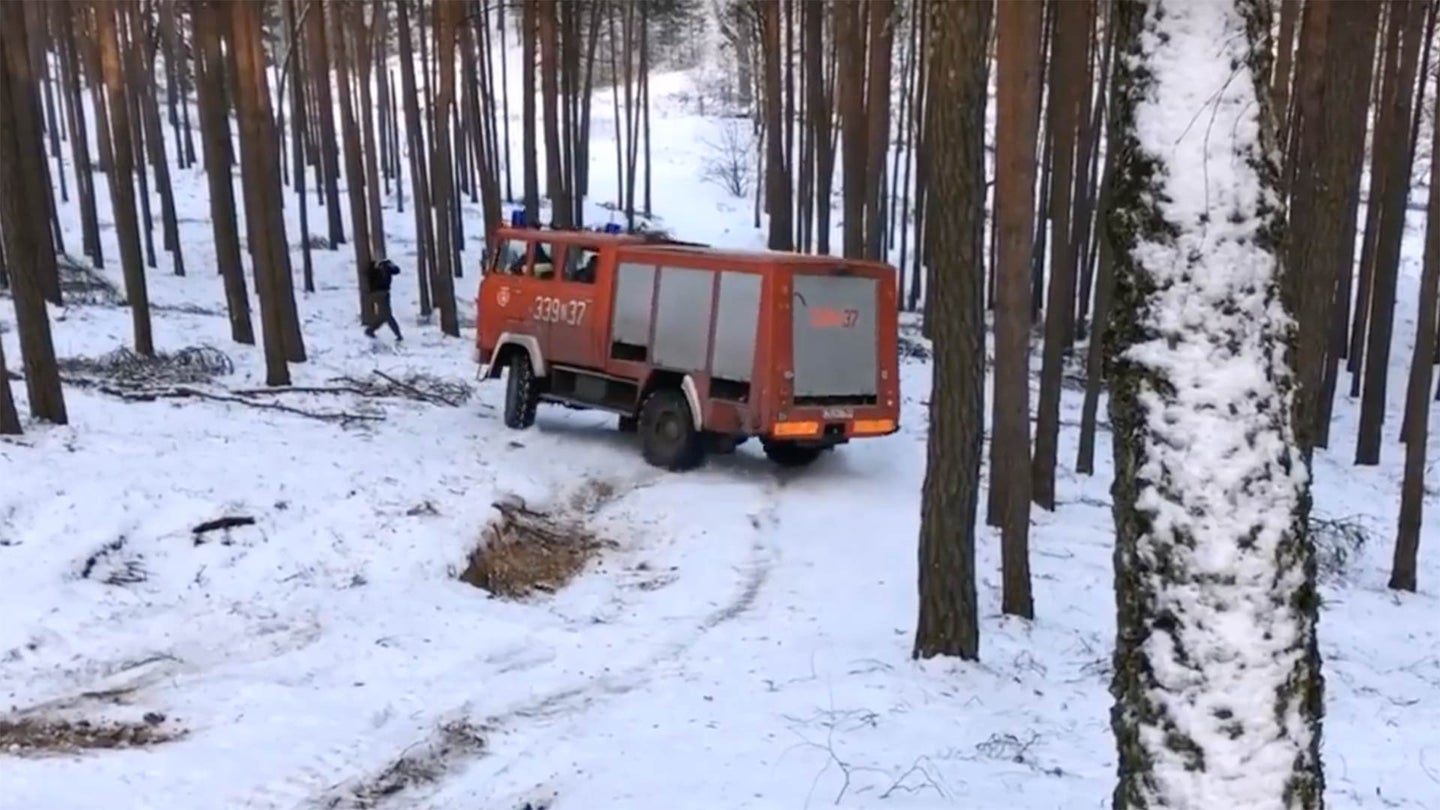 Being a firefighter is hard enough without worrying how to traverse the snow-covered backwoods of Europe, where off-roading a giant truck through the forest is apparently all part of a day's work

In this short clip, a fire engine descending a uneven snow-covered grade when it begins to lose traction and embarks on a dangerous slide down the grade. At several points, the wheels of the engine leave the ground and the engine appears to be at high risk of rolling over. While all this is occurring, the contents of the engine are being thrown about as the roll-up cabinetry keeps sliding up and down. Although the engine has extremely knobby tires, they appear to be no match for the slick terrain of Europe. (Guess this fire truck doesn’t have automatic hill descent.) Yet, somehow, the truck manages to avoid flipping head-over-heels and taking out a chunk of the forest.

Clearly these firefighters new this was going to be a hairy maneuver since there was someone filming halfway down the slope as well as the top of the slope.

Do you think the B.R.A.T. trucks from Firematic or a retired military deuce would fair any better? Let us know in the comments.