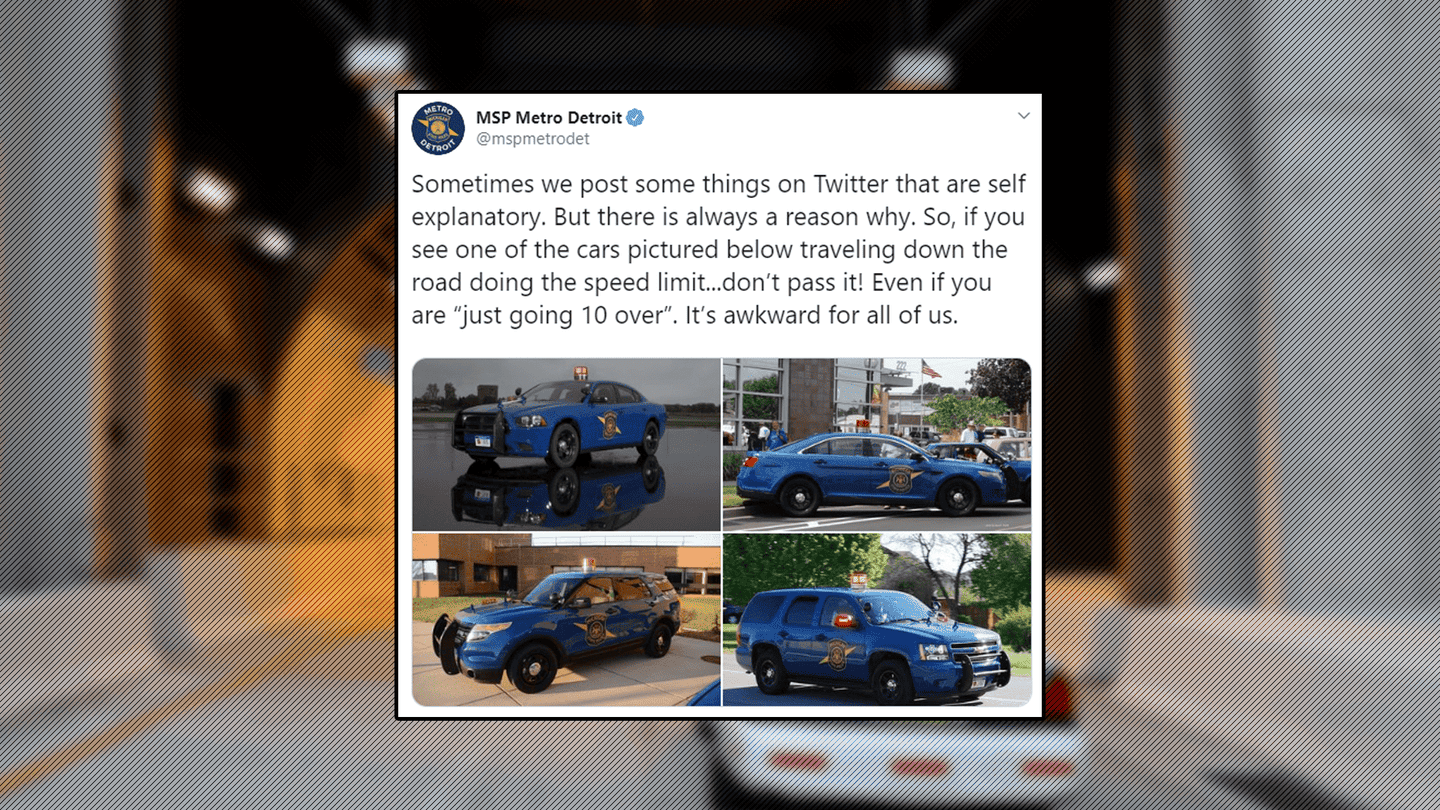 Are you legally allowed to pass a police car while cruising down the road? That's a topic we've touched on before. In short, if done at or under the speed limit, then sure. Go for it. But cruising past an officer "just" doing 10-over will get you pulled over every time, the Michigan State Police would like to kindly remind everyone.

Detroit Metro-area MSP troopers made the announcement on Twitter on Thursday afternoon, no doubt spurred on by a spade of these lukewarm lawbreakers jogging past a cop doing 75 in a 65:

Some people tweeting in the comments make the point that policemen and women don't always follow the rules themselves, which is a story for another time. As is the fact that speed limits haven't budged much in decades as cars have gotten significantly safer and more capable. The law is the law.

Still, the stories of those treated speed limits as mere guidelines are legion. Noteworthy speeders in recent months include a smiley Jeep Grand Cherokee Trackhawk owner who was busted for going 142 mph in a 70-mph zone; a Nissan Altima driver stopped for going 103 mph just minutes after being nailed for 90-plus mph; and a 19-year-old Ford Mustang pilot who was allegedly clocked at 208 mph on Oklahoma's Kilpatrick Turnpike.