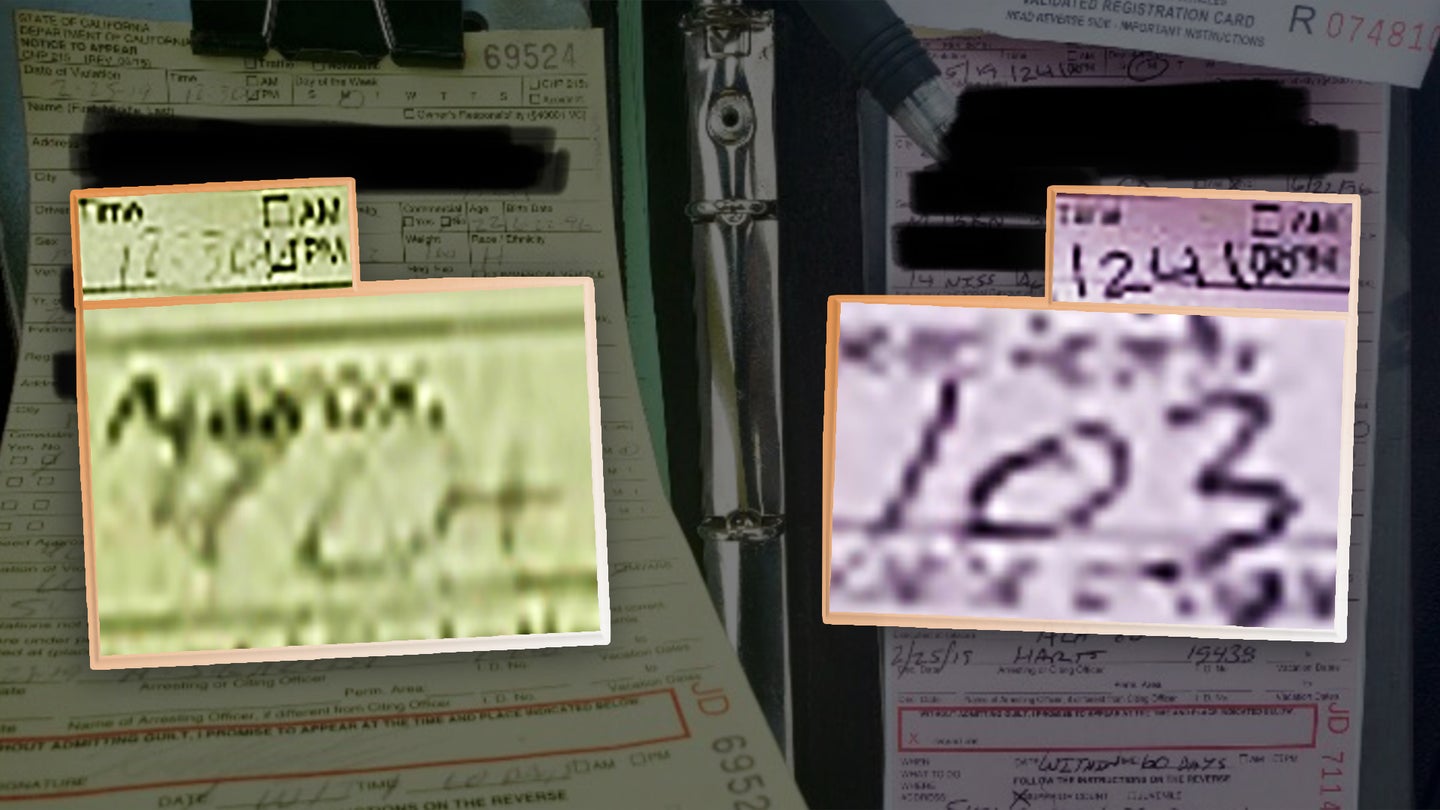 Watch out, speeders of Texas: There's a wheelman in California trying to stake a claim to the fastest state in the nation. On Monday, a California Highway Patrol officer ticketed the driver of a Nissan Altima for doing over 90 mph on I-580 outside San Francisco, who responded by putting the hammer down and scoring themselves a 103-mph speeding ticket just 11 minutes later.

A CHP trooper out of the agency's Dublin Area unit pulled over the silver 2014 Nissan Altima around 12:30 pm on Monday after he clocked it going over 90 mph in a 65-mph zone in the Altamont Pass. That's around a $500 ticket. Undaunted, the driver sailed west with a Columbian vigor, only to be stopped 11 minutes later for doing 103 mph on the very same road. Maybe they thought the California Autobahn was already a go?

Both tickets reach into reckless driving territory as defined by California law (15 mph over the posted speed), while the second triggers enhanced penalties under state law for exceeding 100 mph on a public road. The driver could eventually face a short stint in jail, a license suspension, and an additional $500 fine. Still, they're lucky they got to keep their car—maybe the second officer figured the one-two punch was message enough.

"If you get a ticket at 12:30 for 90+ would you speed up so you get another ticket by a different Officer at 12:41?" CHP Dublin Area posited on Twitter. "Don’t worry, this person is consistent as the second ticket was for 103 mph!"

Don't worry, denizens of California. If you thought the Golden State didn't have a chance at toppling Texas as the fastest speeders in the land, know that there's a gritty Nissan Altima driver out there pounding the pavement, doing the work, determined to bring the title home.