Driverless Scooters Are Coming… But Why?

Could there be more to a driverless scooter than just a mashup of two mobility technology buzzwords? 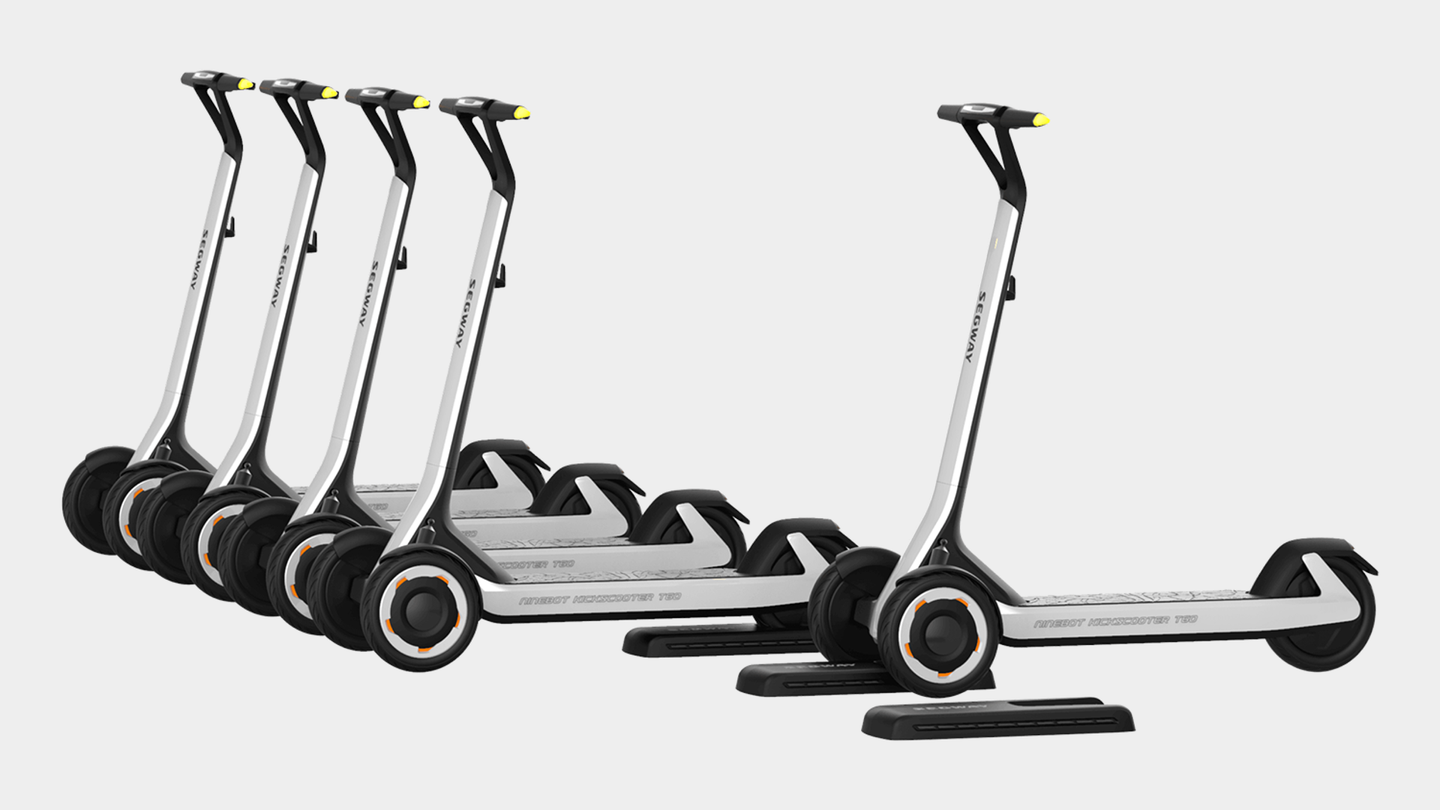 The high-tech venture capital world is extremely trend-driven, with each snowballing startup inspiring a raft of copycats and variations until the next big trend comes along. In mobility technology, the self-driving car trend began to recede right as micromobility startups began booming and now the inevitable has happened: the two big recent trends are combining as driverless scooters move into the public eye. But are drivereless scooters just a cynical mashup of recent trends intended to separate venture capitalists from their cash, or are there real reasons to fund development of autonomous scooters?

The biggest player in the shared scooter manufacturing business, Segway-Ninebot, certainly seems to think driverless scooters are worth pursuing. The Chinese scooter powerhouse showed off an upcoming model called the KickScooter T60, a three-wheeled electric scooter with some limited self-driving capabilities that would be better described as teleoperation than true autonomy. Trials of the T60 will start next month, according to Segway, with deployment to shared scooter fleets scheduled to start in 2020.

As the T60 announcement video shows, the new scooter's automated drive capabilities are not about reducing crashes by taking over the end consumer's driving duties the way autonomous cars are being positioned. Instead, the T60's automated functions are aimed at addressing some of the the logistical challenges that are brutalizing the shared scooter fleet business model for operators like Bird and Lime. Though the T60 requires remote guidance and only uses its onboard camera and ultrasonic sensor for obstacle avoidance, the ability to return a scooter to its charging station or "rebalance" the fleet across a city without having to physically retrieve each unit solves a major problem for Segway's fleet customers.

In the words of Tarani Duncan, Chief Operating Officer of the seated-scooter startup Shared, "the real battlefield in shared mobility and logistics is the routing graph." The first wave of shared shared dockless scooter deployments "solved" the challenge of matching supply and demand with the blunt force of sheer volume of supply, littering city streets with a flood of cheap scooters so that you could find one anywhere. The major side effects of this were a backlash from cities who resented this mass intrusion on its public spaces, and abysmal economics for the fleet operators themselves. Cheap scooters break after just days or weeks of deployment, and the high fleet volumes create a massive logistical challenge that require either a massive professional support staff or the chaos of amateur bounty hunters like "Bird Hunters" and "Lime Juicers" who recharge, repair and rebalance scooter fleets based on financial incentives that sometimes inadvertently incentivize fraud and hoarding.

Where scooters with automated driving capabilities fit in is in the space between docked micromobility, which tends to be tidy and easier to manage at the expense of the ubiquity that drives adoption and use, and the chaos and logistical nightmares that are the price of convenience for massive dockless fleets. By remotely returning scooters to charging docks, you get the order and control of a docked option without forcing users out of their way by making them ride from one dock to another dock. You also eliminate the need to use cars and trucks to pick up scooters for remote recharging, which are a significant factor mitigating the environmental benefits of shared micromobility.

With remote control capabilities, operators can also respond more promptly to directives from cities to move fleets on the fly, which are becoming more regular and rapid thanks to adoption of the Mobility Data Standard (MDS). As cities improve their abilities to monitor shared mobility fleets they are increasingly using them for policy purposes, requiring that operators move vehicles into underserved neighborhoods and even shifting fleets for special events or in response to complaints. Remote control and semi-automated driving make these directives less of a burden to scooter fleet operators, in turn strengthening partnerships between cities and these operators. Enabling one employee to move a bunch of scooters with a few clicks of a mouse, rather than ordering a whole team to comb the city in vehicles looking for scooters and then securing, recharging and moving them to a new area, dramatically reduces this friction.

Of course, just because teleoperation (and eventually autonomy) can solve real problems in the micromobility space doesn't mean driverless scooters don't face the kinds of problems that any other scooter or driverless vehicle faces now. Though optimized fleet size and supply-demand matching and reduced logistical costs will improve the economics of shared scooters, adding the hardware for driverless operation will add to the unit cost (the T60 will cost about $1,400 compared to about $400 for current scooters) creating new financial challenges. This uprated hardware could also inspire even more theft, which is already a major challenge for scooter fleets. Scooters that end up stuck in sand or other challenging surfaces may not be able to drive themselves back to a dock, meaning there will still need to be logistical support teams to pick them up.

Given the abysmal track record and economics of the vast fleets of ultra-cheap scooters that made 2018 "the year of the scooter," shared micromobility needs to evolve anyway. Companies like Lyft and Bird are offering modestly more robust versions of their basic scooters already, but many others are developing and testing small, shared electric vehicles that diverge considerably from the typical scooter form factor. Shared, which is also developing a self-driving prototype, thinks that its larger, seated scooters with wide wheels not only offers more stability for driverless operation but also keeps its vehicles off sidewalks entirely and reduce theft. Bird is even providing sneak peeks at a wheelchair-accessible scooter-like device.

As the shared micromobility space learns from its growing pains, the on-demand vehicles they offer will likely continue to evolve in creative new ways... including, it seems, by someday driving themselves.