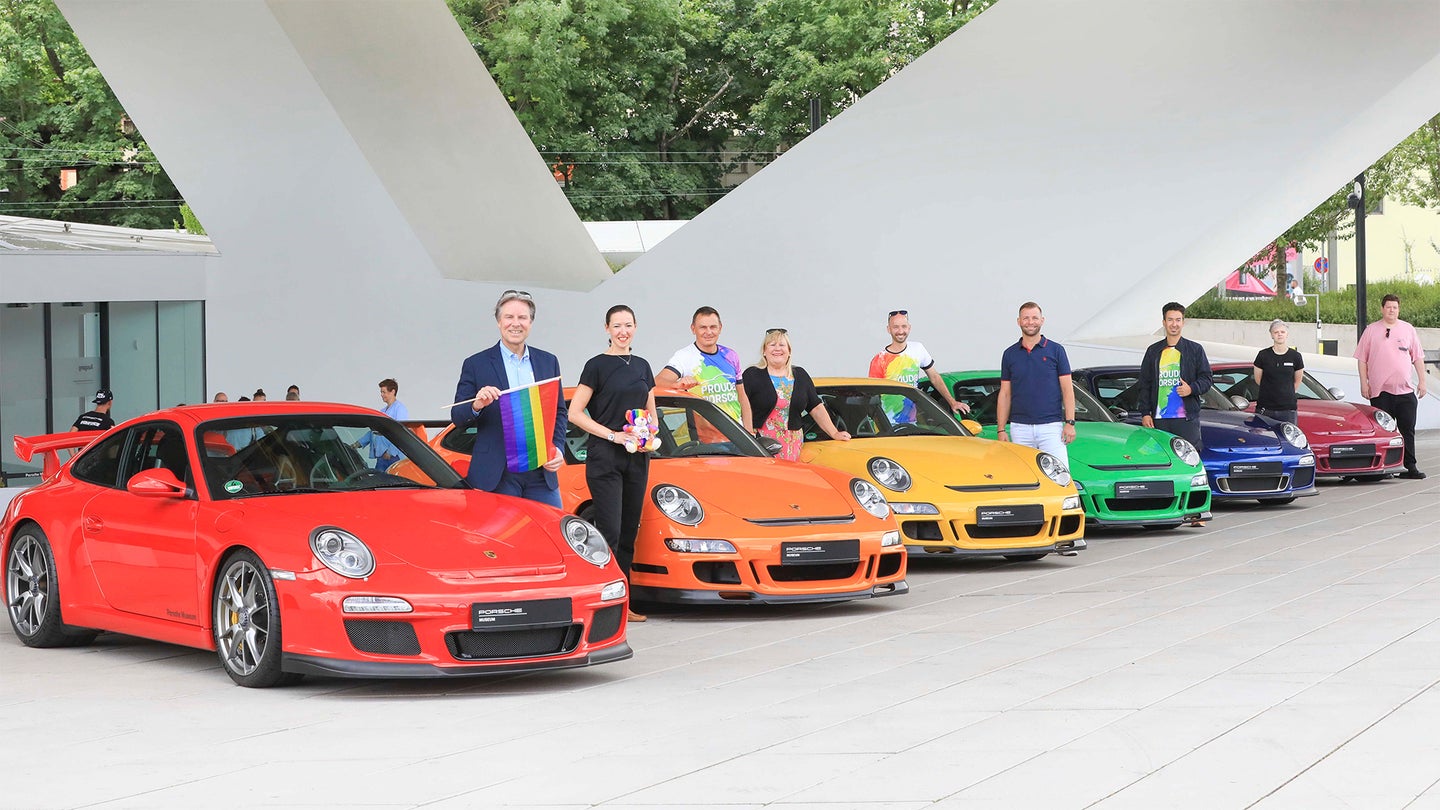 One of my favorite things about Porsche is its fervent commitment to being different. What other automaker builds an entire fleet of rear-engine sports cars based on the same legendary principles, yet all with different attitudes and price points? But above all else, Porsche loves to make its vehicles stand out with a far-reaching palette of off-the-wall colors.

In the spirit of March Madness, Porsche decided that it would be fun to pit 64 of its own paint swatches against one another on Twitter, calling it the "Tournament of Colors." Users can take part in a series of polls to move their favorite Porsche paint further along the bracket. And in just under three weeks, one specific color will be crowned the bracket champion.

Now, I know what you're thinking: Porsche has had a lot of different colors over the years. I mean, who could really compare a retro color like Mint Green with Papaya Metallic? Because of this, the automaker will start off its tournament in four brackets: Modern, Classic, Metallic, and Non-Metallic.

Next up is Metallic; which means Arena Red, Vesuvio Metallic, Saffron Yellow, and, of course, Wimbledon Green. Finally, bringing up the rear is Non-Metallic which features hits like Gulf Blue, Ultraviolet, Birch Green, and Maroon.

Personally, I think that this little experiment is super cool. It reminds everyone of Porsche's commitment to being just plain quirky—and that's a good thing. The world needs more eccentrically painted cars because a little bit of personality helps to brighten this world full of black and white. That being said, some monochromatic color better not win. I mean, Porsche is the king of weird paint codes on cars, and it would be a travesty to have a boring paint code take the crown.

Which colors are you hedging will be in the final four? You can keep an eye on Porsche's Twitter to vote for your favorites in the Tournament of Colors.