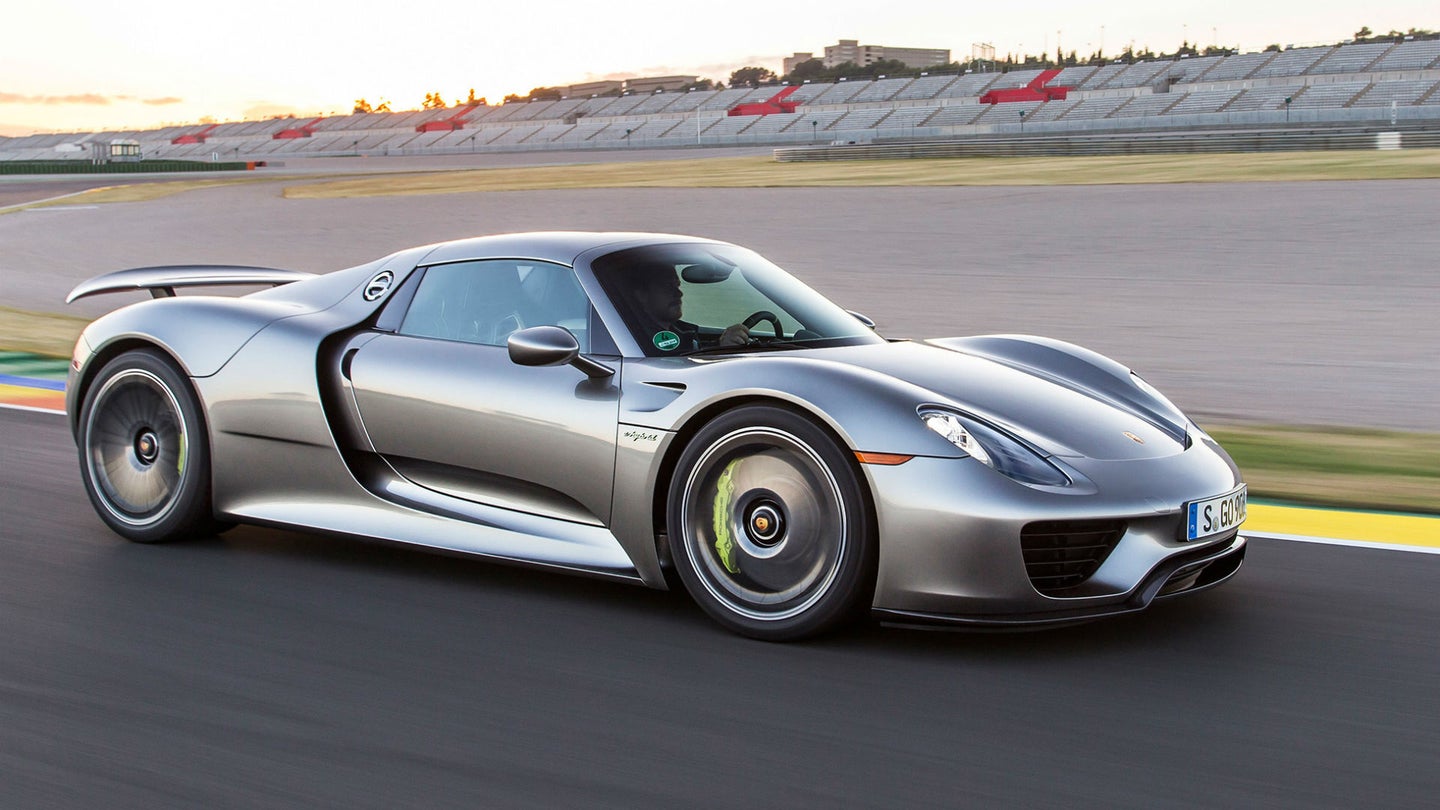 At the 2018 L.A. Auto Show, Porsche's head of motorsport Frank-Steffen Walliser revealed a bit of especially promising news about the brand's hypercar future.

During an interview with Top Gear, Walliser spooned out a few details on a followup to the company's 918 Hybrid that may or may not be currently in the works. The executive was adamant about achieving one goal with this new car: a lap time around the 13-mile Nurburgring Nordschleife in under six and a half minutes. The 918 was able to run the course in 6:57, meaning Porsche engineers would have to find a way to shave at least 27 seconds off of the new car's time.

Walliser told Top Gear, "It must achieve a 6:30 at the Nürburgring. I don’t care about the drivetrain, 6:30 is the target. Sports cars are defined by their performance, then we have to look how to achieve it. An electric car in 6:30 is quite a challenge.”

His statement seems to imply that Porsche has ruled out the possibility of a fully electric drivetrain for its next hypercar. The vehicle could exclusively use a combustion engine, like the 991 GT2 RS that rounded the 'Ring in 6:47., though it's likely that it will utilize hybrid technology similar to that of the 919 Hybrid EVO race car, which finished the course in a blistering 5:19, the fastest lap time for any vehicle, ever.

The Porsche exec also mentioned that finding the right racing crew is imperative when chasing down the fastest possible lap time. "The main part is preparation for safety. Nothing just happens—we need a very experienced driver, a very good team taking care of every detail, and we have to be careful."

Whatever form the new Porsche hypercar takes, there's little doubt that it will be able to meet Walliser's goal, especially with the advancements in aerodynamics that have been made since the 918's release in 2013.

Porsche once called the 911’s approach as ‘compact and puristic.’