The fastest full lap driver Jim Mero could manage in the 2019 ZR1 was 7:04, which isn't great compared to the world's best sports cars. 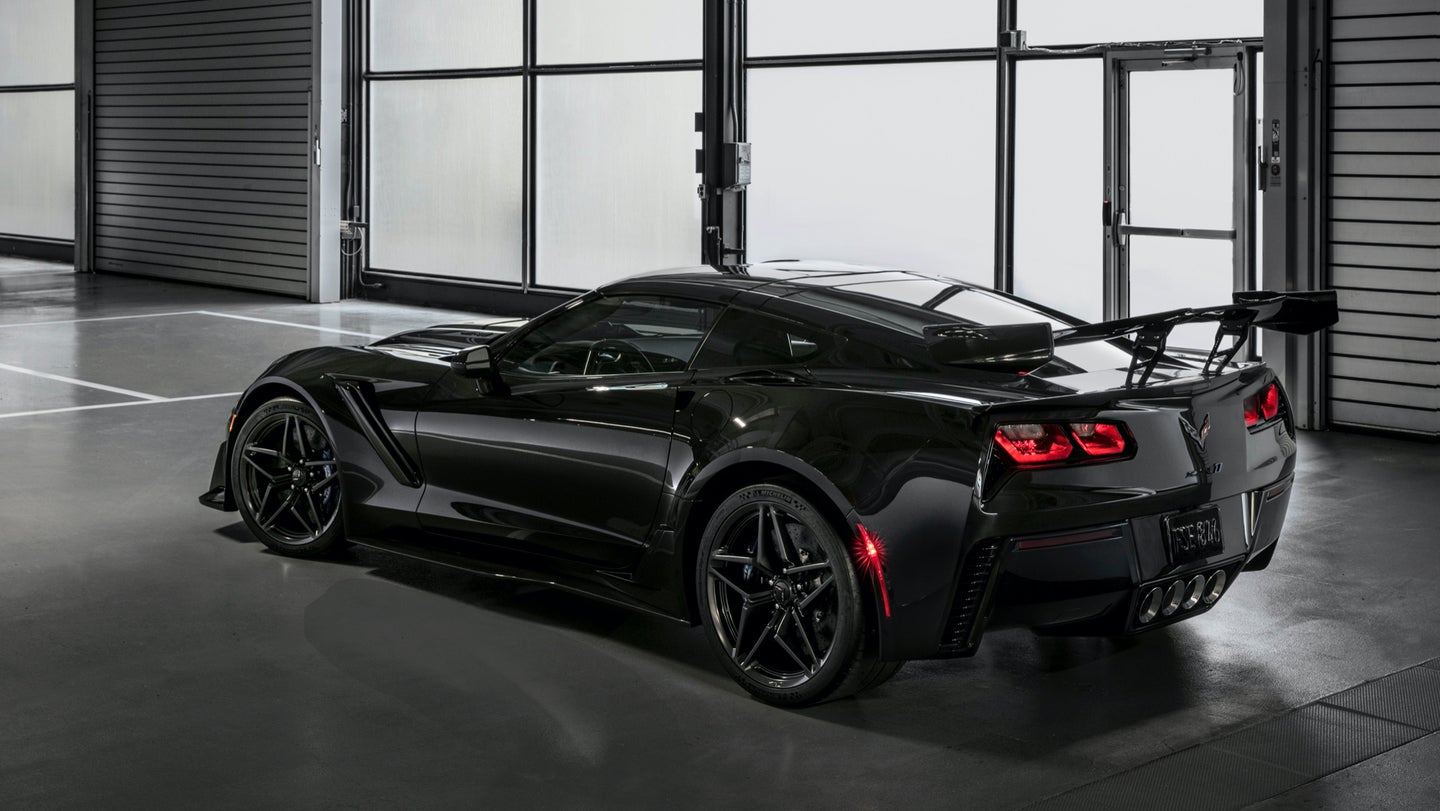 The supercharged, 755-horsepower 2019 ZR1 is the most hardcore, track-focused variant of Chevrolet's C7-generation Corvette. Yet for Nürburgring obsessives who love to find out how performance cars really compare with each other using times around its infamous Nordschleife course as an objective data point, Chevrolet's been weirdly quiet about how its C7 generation stacks up. Now, thanks to retired ride and handling engineer Jim Mero who lapped the C7 ZR1, we know that even the hardest-core C7 never actually beat the seven-minute mark in one lap, with its best being a 7:04.

The fastest road cars on earth are now routinely posting sub-seven-minute lap times, with the fastest being either the Porsche GT2 RS MR's 6:40.30, or the production Lamborghini Aventador SVJ's 6:44.97 if you'd rather not count a special tune from Porsche's factory race team. It was the stated goal of Corvette Chief Engineer Tadge Juechter to beat the seven-minute mark with the ZR1, but sadly, they could only achieve that with a 6:57 segmented time, where the fastest segments of several laps are added up to one theoretically possible lap time.

You may recall the (S) qualifier after the 6:57 on Mero's going-away present, a collage which inadvertently leaked the C7 generation's fastest time. That stood for "segmented," as Mero explained in a Facebook comment.

"That very day I was segmenting 6:57, and I always hit the segment," Mero said on Facebook.

But this is the Nürburgring, where fans demand to see uncut lap footage just to believe a new fastest lap time. A segmented lap time will never fly in the place of a real one.

Mero now runs his own company, Jim Mero Vehicle Dynamics, and to tout his credibility at shaking down fast cars, he posted a gallery of his fastest Corvette 'Ring lap times from his time at GM. In here, Mero's image of the 2019 ZR1 unveils the fastest time of just 7:04, with the added note that he was "Forced to start the lap on cold tires" for that one.

That 7:04 single-lap time hadn't been released yet, and frankly, we sort of understand why GM would be hesitant to throw that one onto glossy marketing materials and such. They missed their own mark and couldn't go sub-seven in one continuous lap. A 6:57 would have tied it with the Porsche 918 Spyder! Meanwhile, a 7:04 puts it barely ahead of less exotic fare, such as the Mercedes-AMG GT R Pro's 7:04.6 and the Nissan GT-R Nismo's 7:08.68. A Dodge Viper ACR-Extreme is still the fastest American car around the 'Ring, with a 7:01.30.

Mero commented that he'll be presenting the full story of this lap time at the National Corvette Museum Bash soon, and doesn't want to release any spoilers about that cold tires disclaimer just yet.

However, Mero partially blamed luck for the over-seven lap time in an expanded comment on CorvetteForum, where he assured owners that it's really a sub-seven-minute car:

There is also a second lap/story behind it. If there is anyone on the planet who knows you need to actually run the time, it's me. But that's not going to happen.

After the descriptions of the 2 laps are revealed, each can draw their own conclusion, and probably will.

Relying on my 18 years of Nurburgring development, coupled with the hundreds of hours of data analysis I did on the ZR1, I can assure you the ZR1 is a sub 7 car. Even with all that, you need luck. The probability of luck diminishes when we are at the Nurburgring 2 of the 18 weeks of industry pool [sic].

Mind you, industry pool sessions have multiple manufacturers' test cars running at once, whereas some of the fastest lap records are from whole-track rental days where the manufacturer has the entire Nordschleife course to themselves. Things like the Porsche 919 Evo lap were not shared-track sessions. There are 30 auto manufacturers who participate in the industry pool, in addition to associations and parts manufacturers who are also in the pool to test their wares, according to Autoweek.

So, if you have to manage traffic during a shared industry pool session, you won't be able to use the fastest line around all of the track, and it will take some luck as Mero mentions to string together one lap where you're not spending too much time passing slower cars. That also makes a fastest whole lap of 7:04 sound pretty damn respectable.

Either way, here's hoping Mero also has the lap footage somewhere to show just what happened. In the meantime, if you've got a ZR1 relatively close to the Nürburgring, we suggest signing up for a track day there where timing is allowed and proving Mero's sub-seven claim right yourself. The internet demands it!