Watch These Guys Jump-Start a Car With AK-47s

At least they were smart enough to drop their magazines first. 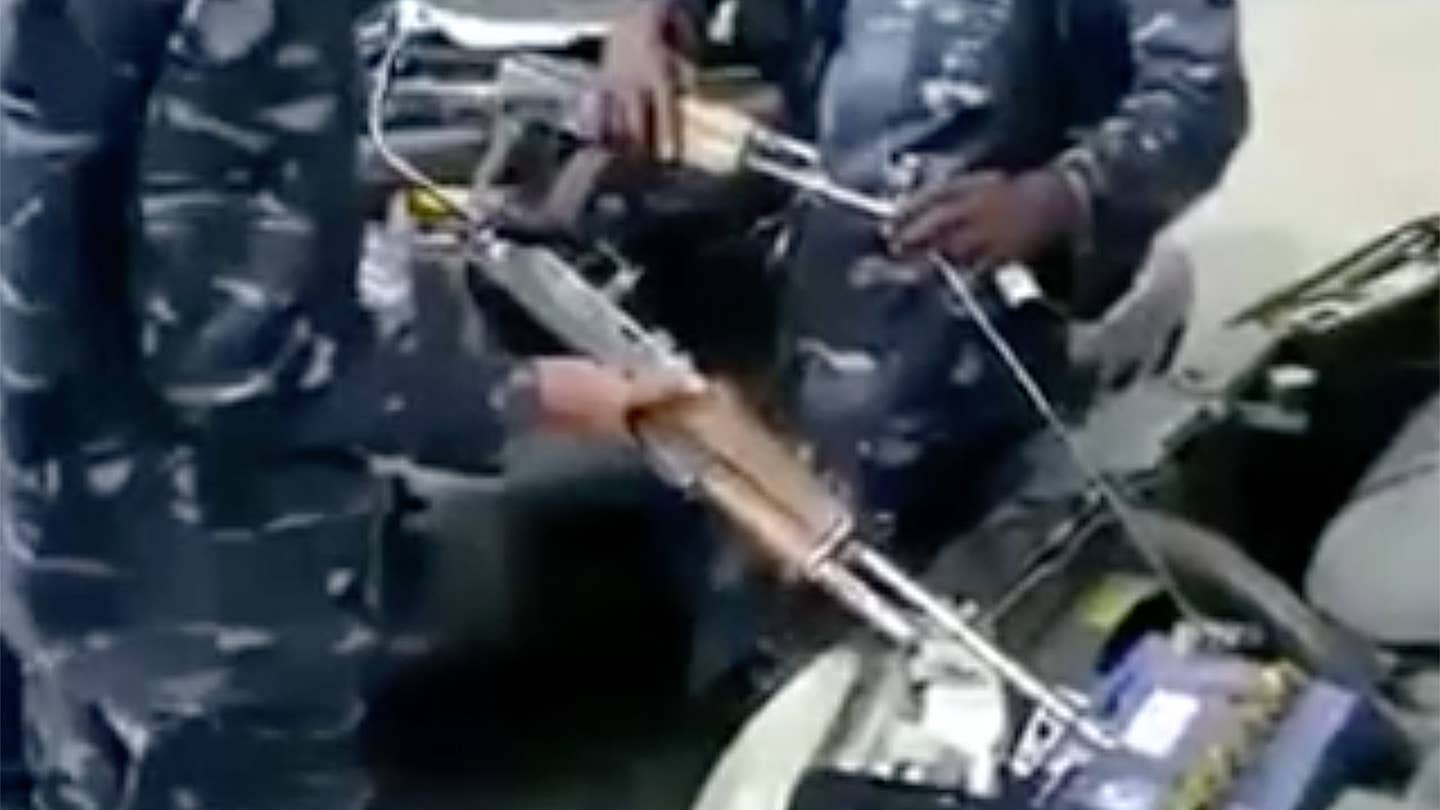 Every now and again, an old automotive-themed clip surfaces online that's juuuust ridiculous enough to warrant bringing to your attention. For example: this video of men apparently jump-starting a car with a pair of AK-47s.

The datestamp on this video reads December 7th, 2013, but given the old-school 4:3 aspect ratio and the shoddy quality of the footage, we wouldn't be shocked if we found out that it dates back significantly farther.

Still, the resolution is high enough to figure out what's happening. In the clip, a pair of men wearing fatigues stand between two cars with their hoods up, in the traditional fashion of people jump-starting a vehicle. But instead of holding a pair of jumper cables, each man is clutching one of Mikhail Kalashnikov's iconic assault rifles, connected to some sort of wire or pole long enough to bridge the gap. There's a brief moment of dialogue; the car donating its electrons through the AK-74s revs its engine, and a few seconds later, the dead car seemingly comes to life in a whining crecendo of rpm, suggesting the MacGyver-esque jump-start worked like a charm.

Now, in case it wasn't obvious, using firearms to jump-start a car is a fairly dumb idea. The two men in the video were apparently smart enough to remove the magazines from their weapons, so we're guessing they also had the common sense to remove any bullets from the champer to prevent the electrical flow from accidentally firing a round into the battery (or the cameraman). But while the wooden portions of the gun would, in theory, seem to provide at least some insulation from shock, the men appear to be gripping the rifles by the bare metal. Indeed, the man further from the camera seems to be holding the bare wire in his hands, which seems like a recipe for pain.