Instagram of Black Guard VIP is Full of G-Wagens, AK-47s, and a Base-Model Corvette

They’re definitely not the Russian mob. Nope. Not at all. 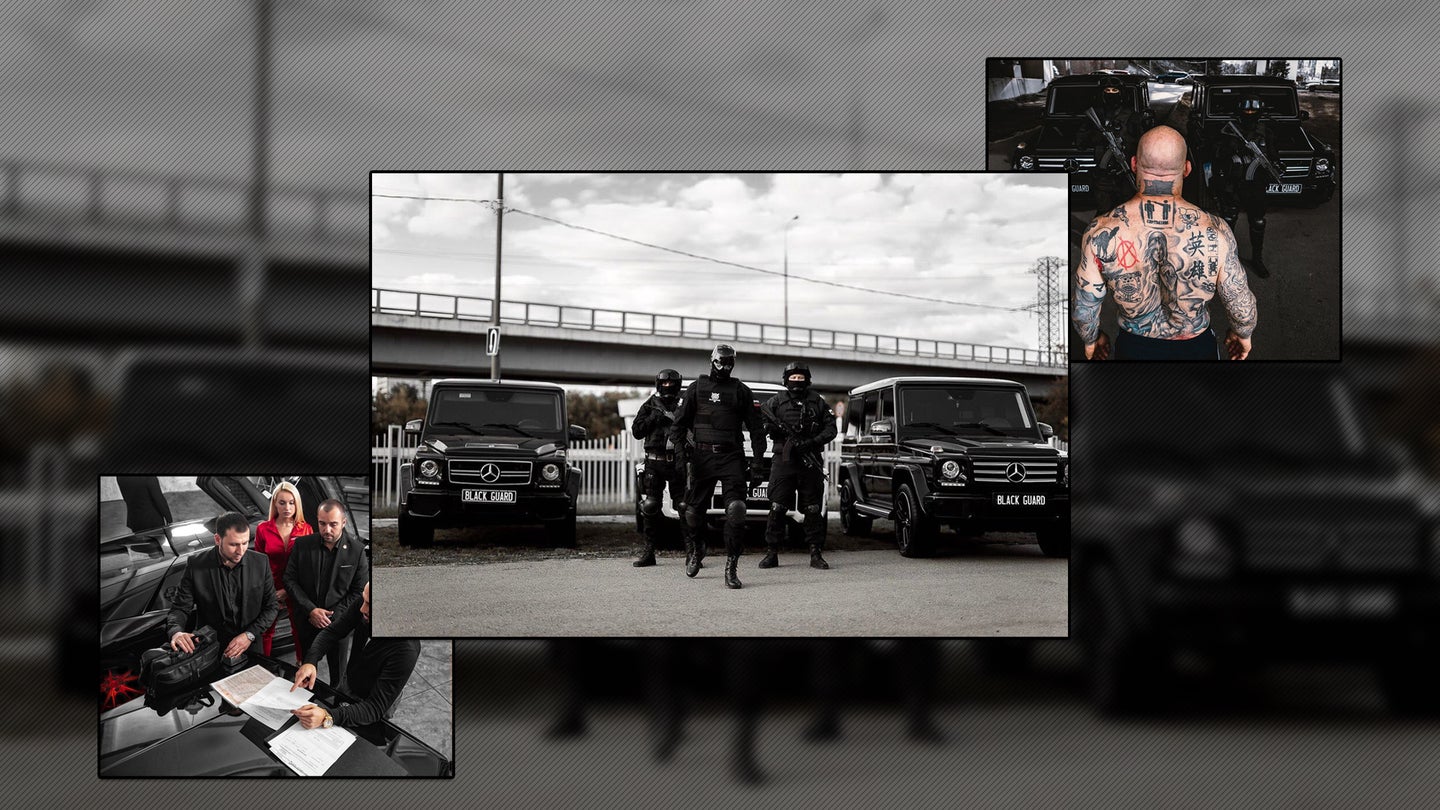 Russian machismo blends all the normal puffed-up peacocking of standard male egotism but takes it to such an extreme that it begins to blur the line between reality and parody. The Instagram of Black Guard VIP, a Russian private security firm, exemplifies this with a feed full of murdered-out Mercedes-Benz G-Wagens, ready-to-rock AK-47s, a base-model Chevrolet Corvette convertible, all of which is set to the hardest of gangster rap.

With a stylized roaring tiger as its mascot, Black Guard VIP’s website states that the company offers clients a number of bodyguard services, including guards dressed in suits, in full tactical gear, in The Purge-like face masks (because why not?), and even female bodyguards who, going against what you’d likely imagine given its hyper-masculine Instagram, are also dressed in suits.

And because you can’t just roll around downtown Moscow in some ordinary Lada while your Call of Duty cosplay security detail walks beside you brandishing AKs, pistols, and knives, Black Guard VIP will also set you up with either a Mercedes-Benz S-Class, a Mercedes-Maybach, a number of murdered-out G-Wagens, a Mercedes-Benz V-Class van, or either a white or black Rolls-Royce Ghost. For flashier clients, there’s also a yellow base model Corvette convertible and a blacked-out Lamborghini Murcielago. We’re left wondering why they’re offered as aren’t these counter-intuitive to private security?

To show they’re not f*cking around, the company’s social media partnered MMA fighter Jeff Monson to show off his extensive tattoo collection (remember, this is Russia and tats mean very specific things there), as well its employee’s gun handling and knife capabilities. *pew, pew. There are also copious amounts of shots with guard dogs, tattooed dudes in balaclavas, and “celebrity” testimonials all with their thumbs up.

To cap it all off, the company got known dictator, bare chest while horse riding-appreciator, Russian President Vladimir Putin to make a cameo on its channel. Putin has become Russia’s John Wayne, the epitome of manliness and everything Russian men should ascribe to. The entire channel gives off a very male-centric thirst trap/Dan Bilzerian vibe and does so to such a degree, we’re amazed their inseams haven’t burst…

Still, the Murcielago is cool.