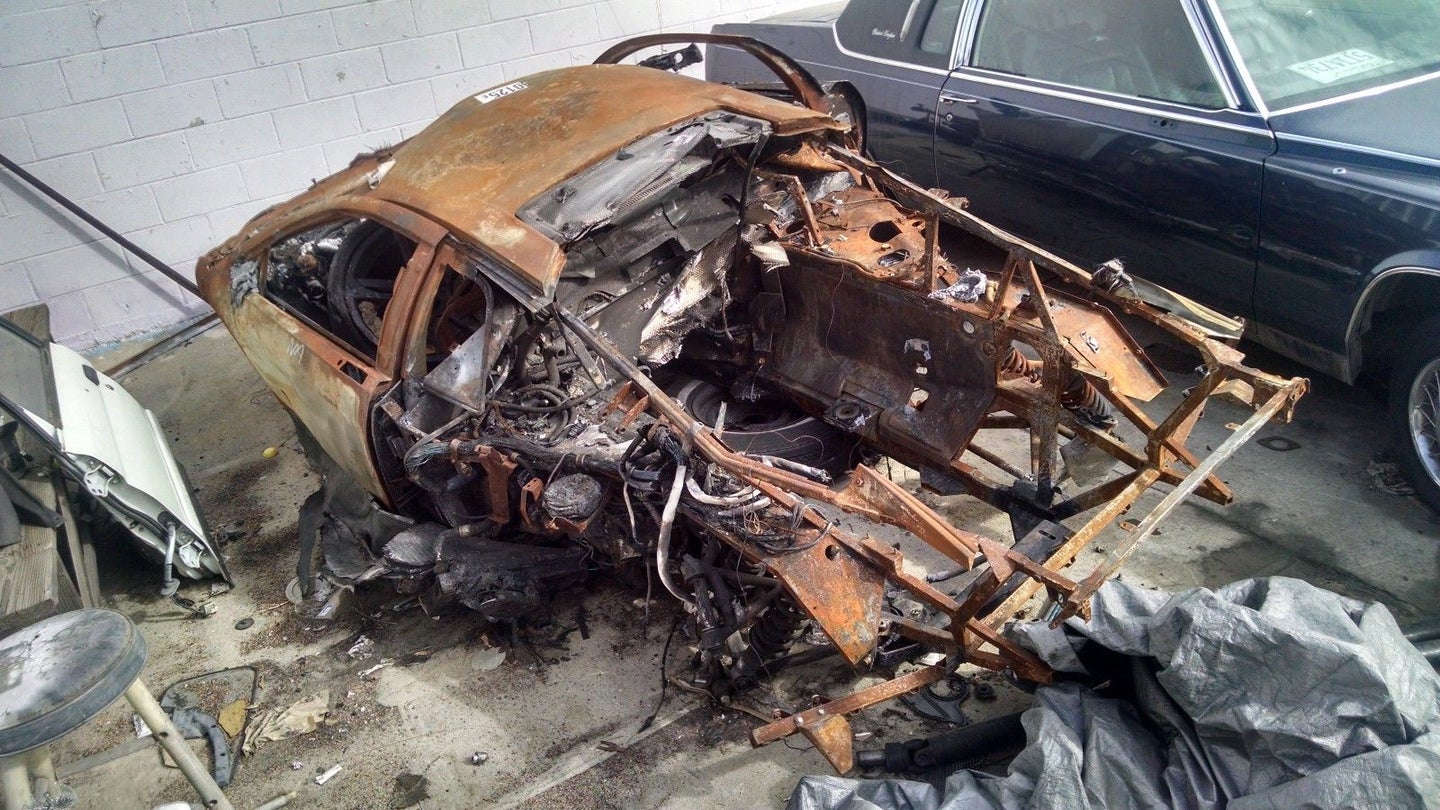 It's hard to put a price on V12 Lamborghinis. They seem to never go down in value, and they always wow the crowds with their exclusivity. Blipping the throttle and shooting flames has become a common show for the big-boy Lambos, and it seems like it may have got the best of this example. Up for auction on eBay is this, erg... toasty Lamborghini Murcielago that has been "obviously damaged" according to the ad, making us curious if there's a real buyer out there for this mostly done-for exotic.

The listing states "the frame is fully there along with the doors included," but that's about it. As you can see, there's nothing really left of the body, nor the glass, nor the drivetrain, etc. The seller doesn't say how the vehicle ended up in this condition, but we can only assume the worst.

It's being sold as-is with no chance of shipping to the buyer. It's been listed with a Buy It Now price of $16,850, which seems to be way more than anybody should ever pay for a nearly-shot car—including a Lamborghini like this.

This would be a major undertaking if anyone decides to pull the trigger on it. I did the searching so you don't have to, and a used Murcielago long block costs only $28,750, which makes the shell, or lack thereof, seem cheap. Not to mention all of the other bits you'll need, like an ECU and complete interior.

Is there anyone out there nutty enough to for it? I kinda hope so.