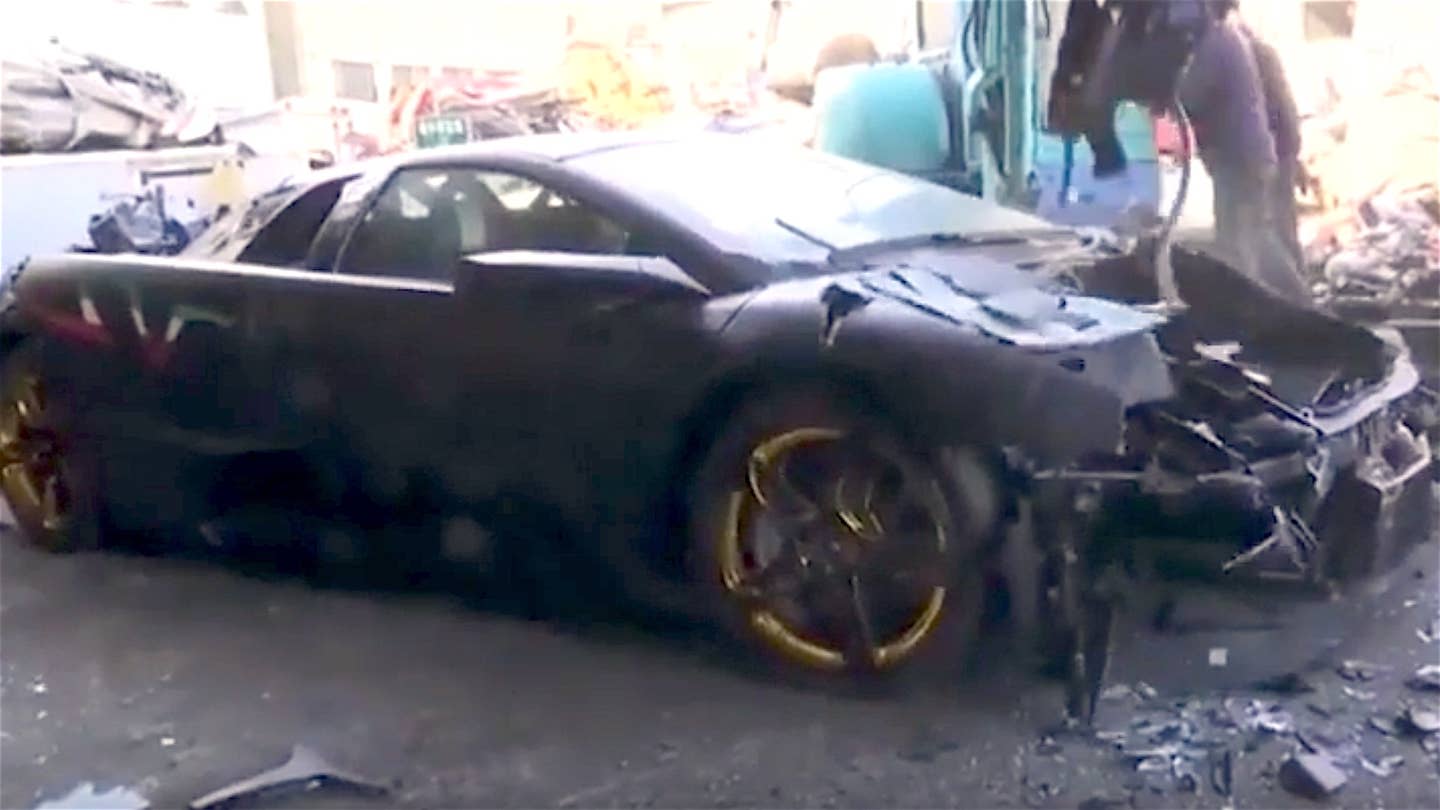 No matter how illegal a car may be, how awful its driver is, or even how horrendously modified it is, no supercar deserves to be torn apart at the metal hands of a massive mechanical claw. Sadly, though, that's exactly what happened to this poor Lamborghini Murcielago in Taiwan—simply for having the wrong license plate.

The video, posted to the J T. Photography YouTube channel Wednesday, shows just over 34 minutes of the Italian exotic getting torn to shreds as a crowd of onlookers gawk. A description of the same clip, posted on another YouTube page, explained that the Lamborghini was being torn apart by the Taiwanese government because the owner allegedly had a license plate from another car. Overkill, maybe?

Taiwanese news outlet Focus Taiwan reports that the owner of the car operated the Lambo on public roads without proper registration in 2013, until he was pulled over at a police checkpoint. It was then that police discovered the Murcielago was actually using plates from a Ford sedan, at which point the authorities impounded the car. The car then spent the next three years sitting in a police impound lot, awaiting its fate—until it was ultimately smashed to bits.

Before the Lambo-smashing, the owner of the car sent a friend to try and talk the police out of it, but after talking for 30 minutes, the cops went ahead with the vehicular murder, Focus Taiwan reports. We don't know what exactly the friend told the 5-0, but we're guessing it involved a hell of a lot of desperate pleading...and maybe an attempted bribe or two.

Rest in piece, Murcielago. You never had a chance.