But will they improve on current gesture-control systems? 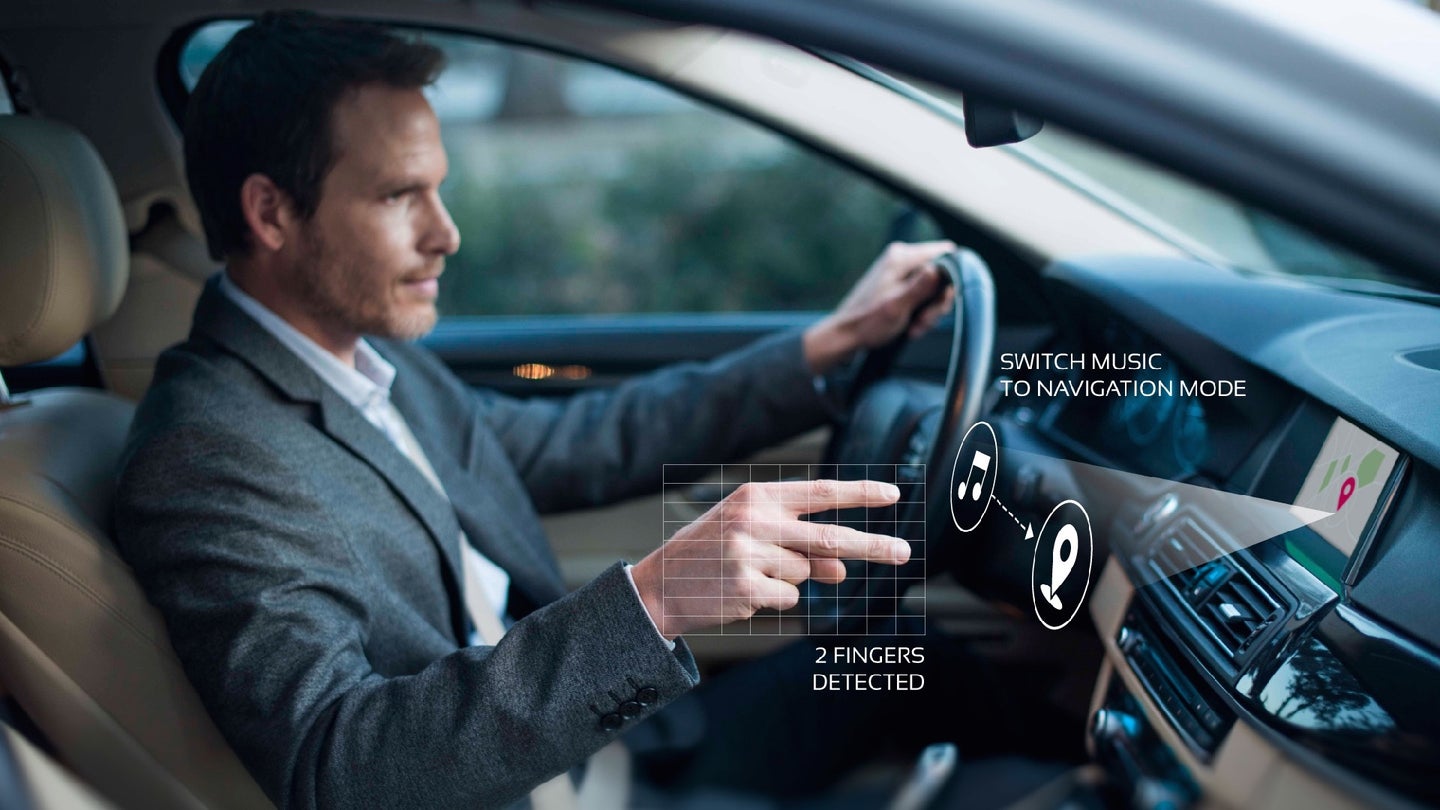 LG Electronics and Israeli tech company EyeSight Technologies are teaming up on a new gesture-control system, which will debut at CES 2018 in the coming weeks. It's yet another attempt to fight distracted driving in today's gadget-laden cars.

The partnership builds on EyeSight's existing work with gesture and facial-recognition software. Earlier this year, it unveiled a system designed to detect driver distraction by tracking the movement of the eyelids and irises and change vehicle settings according to a driver's personal preferences. EyeSight's software will be combined with an LG-developed infotainment system.

While BMW already offers gesture control in production cars, LG and EyeSight believe their version is an improvement. That's because it's designed to recognize common hand gestures. A driver can make the "OK" sign to answer an incoming call, or raise one or two fingers to switch between the navigation and main screens, the companies say.

In theory, gesture control can limit driver distraction because drivers don't have to look at a touchscreen, or reach out and prod it. But gesture control also requires drivers to learn a new way to do tasks. Touchscreens may be cumbersome to operate, but at least people are familiar with the concept because of smartphones. By employing gestures people are used to, LG and EyeSight are at least reducing the learning curve somewhat.

EyeSight isn't the only company getting ready to partner with LG on in-car tech. LG also just announced plans to team up with digital mapping company Here on telematics for self-driving cars. The Korean company is working hard to augment its traditional electronics businesses with more automotive projects.