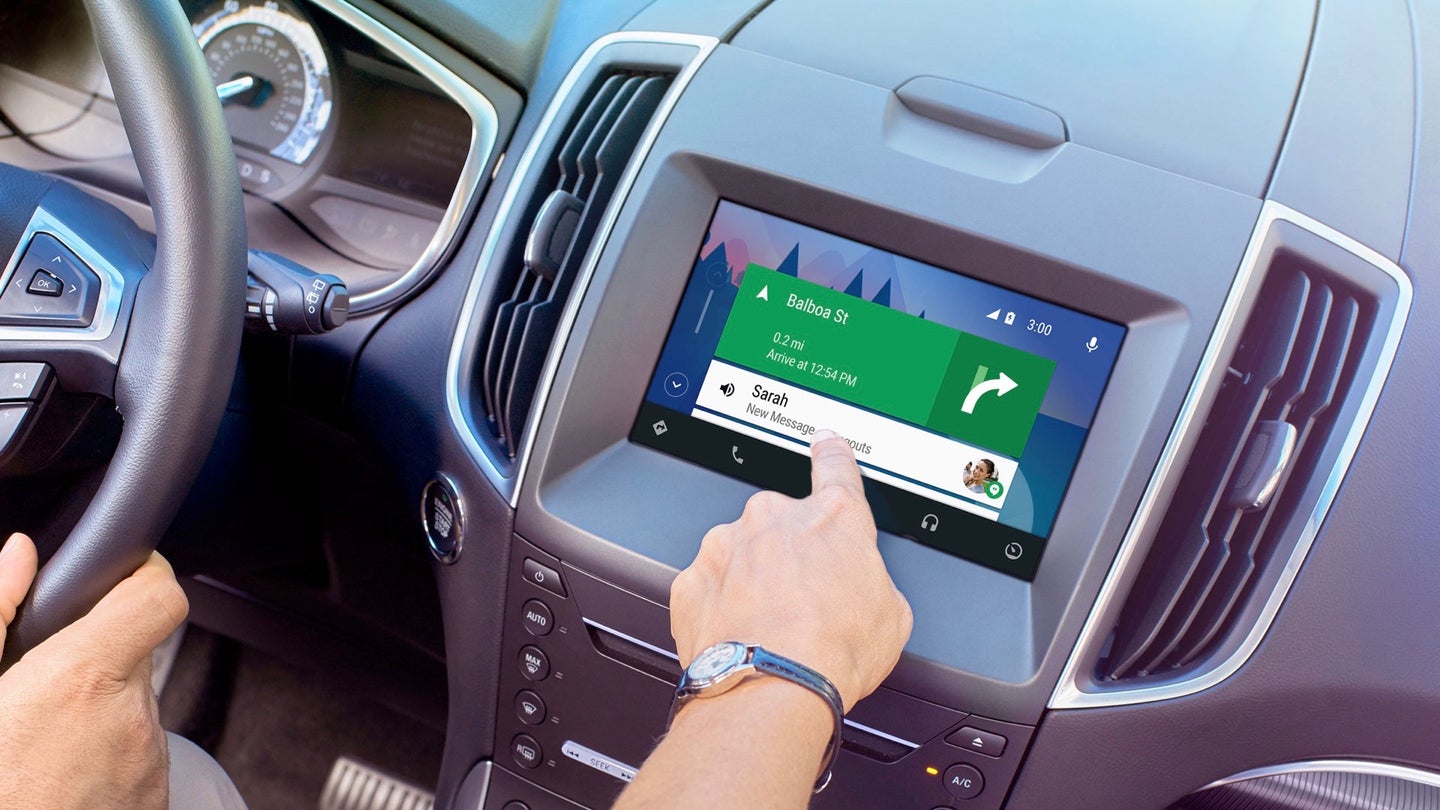 Infotainment systems are still a major source of distraction, but a new AAA study claims that Apple CarPlay and Android Auto are less distracting than the built-in systems designed by automakers. But even Apple and Google require drivers to take their eyes off the road for a significant period of time.

To conduct the study, AAA used a 2018 Chevrolet Silverado, 2017 Ford Mustang GT, 2017 Honda Ridgeline, 2018 Kia Optima, and 2018 Ram 1500 Laramie. All were equipped with both smartphone-based systems and their own native infotainment systems. Across the board, Apple CarPlay and Android Auto were less distracting to use than the OEM systems.

Researchers found that the smartphone-based systems took 24 percent less time (about 5 seconds) to place a phone call than the OEM systems, and 31 percent less time (about 15 seconds) when using navigation. CarPlay and Android Auto also demanded only a "moderate" amount of attention for tasks like programming the radio, while the OEM systems demanded a "high" level of attention. Overall, the demands for CarPlay and Android Auto were rated as "moderate" while the OEM systems were rated as "very high." The latter is equivalent to the amount of attention required to balance a checkbook, according to AAA.

The study found that Apple CarPlay and Android Auto are about equally easy to use. CarPlay had a slight advantage when sending texts and using the touchscreen, while Android Auto was slightly better for navigation and voice controls. But the differences weren't significant, according to AAA. However, researchers noted that ease of use varied depending on the car. In some vehicles, the CarPlay or Android Auto interfaces were a bit more difficult to use than others.

While Apple CarPlay and Android Auto were shown to reduce distracted driving, they still demand a fair amount of attention. It still took drivers up to 33 seconds to complete a navigation task with the smartphone-based systems, according to AAA. The organization said that at 25 mph, the speed at which tests were conducted, a car can travel the length of three football fields. Drivers that take their eyes off the road for more than two seconds double their risk of a crash, according to AAA.

But AAA was encouraged by the findings, and believes the key to further reducing distraction is increased cooperation between automakers and tech companies.

"Automakers are experts at building safer cars, but Google and Apple are more skilled at building safer vehicle infotainment technology," AAA CEO Marshall Doney said in a statement. "By leveraging their strengths, the two industries must work together to significantly improve the design, functionality, and safety of these technologies."