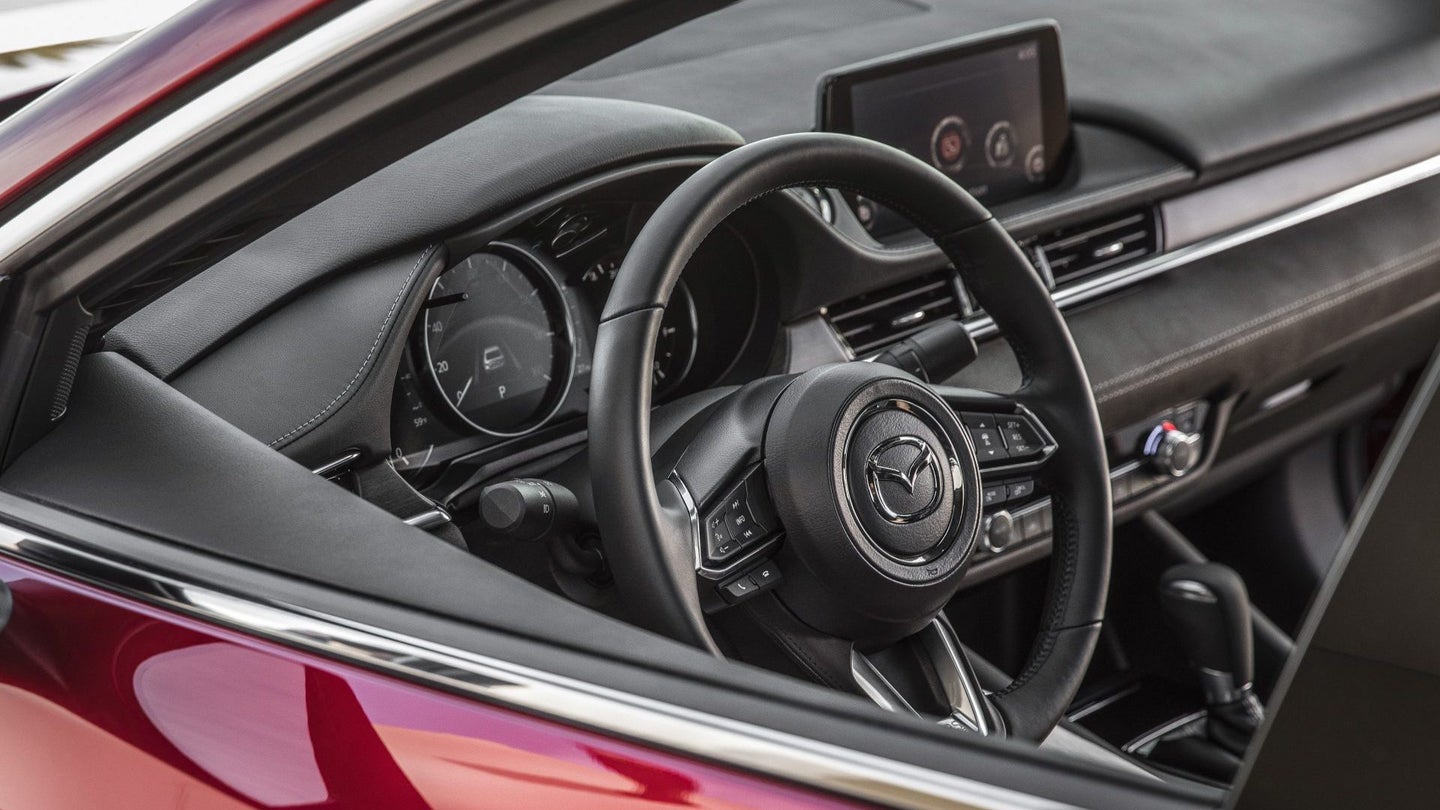 As one of the only remaining automakers to not offer Apple or Google's smartphone-car integration app, Mazda is joining manufacturing partner Toyota—a company that now promises Apple CarPlay in the upcoming Avalon, Corolla, and RAV4—in finally giving the people what they want. The Japanese automaker has announced it will offer both Apple CarPlay and Android Auto in 2018 Mazda6's rolling off the line this summer.

The apps will come standard on all trims except for the base Sport model. If you're an early adopter and already got your hands on a 2018 Mazda6 or plan to do so soon, don't fret. CarPlay and, um, Auto can be added to your cars presumably through a future software update.

The 2018 Mazda6 Goes Upmarket With a New Luxury Interior and a Turbo Engine By Kyle Cheromcha Posted in Test Drives
Mazda Doles out Fresh Information on the 2018 Mazda6 By James Gilboy Posted in News
Waze Finally Joins Android Auto, We Take it for a Spin By Lawrence Ulrich Posted in Tech
8 Out of 10 Americans Want Apple CarPlay in Their Next Car By Basir Khan
Cadillac CEO Calls Apple CarPlay 'Extremely Clunky' By Stephen Edelstein Posted in Tech

The company didn't offer any details on whether or not Apple and Google integration would come to other products in its lineup but we'd be really surprised if every newly introduced Mazda from here on out didn't have the apps on-board. We've reached out to Mazda for further comment and will update this story if we hear back. An MX-5 Miata running native Spotify and and Google Maps? How was that not already a thing?

Anywho, the 2018 Mazda6 sports an 8-inch infotainment screen and starts at $21,950. As previously mentioned though, you'll need to spring for a Touring model or higher to get Apple CarPlay and Android Auto support, which costs at least $25,700. The entire Mazda lineup will be on display at the New York International Auto Show from March 30 to April 8.