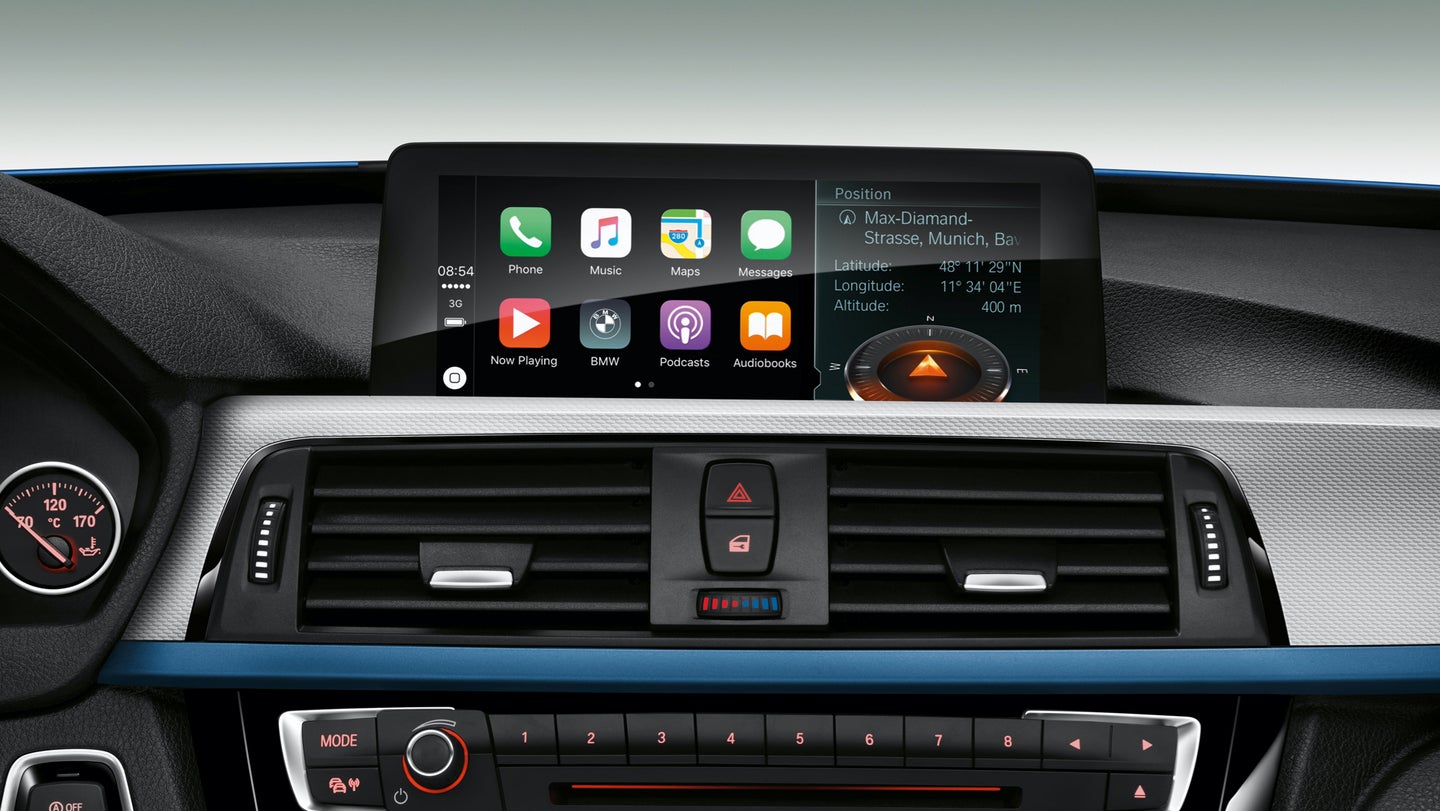 Apple CarPlay has been the savior for iPhone owners who didn't purchase a navigation system in their car, or who prefer using apps on their iPhone over the ones baked into their vehicle's infotainment. Essentially, it allows you to port a limited-functionality version of your phone's apps and features over to your car's infotainment screen. Most automakers include CarPlay for free—so much so that it's almost expected that a new car in 2019 will have it. However, BMW wants to change that.

BMW confirmed this week that it will charge an $80 annual subscription fee to owners who want to use Apple CarPlay on their BMW. If you'd rather get a slight discount by buying 20 years of CarPlay at once, you can pay $300 for a 240-month subscription instead. Drivers of 2019 and newer BMWs will receive a year's worth of access to Apple CarPlay for free and will have to pay for a subscription if they want to continue using the service after that year, per Engadget.

BMW previously announced this change in early 2018, but that doesn't make it any more popular among the CarPlay faithful. The automakers claims that charging extra for the service allows it to keep the initial cost of new BMWs down, but it's such a small amount relative to the cost of a new BMW that I have to question that logic.

Various studies have proven that Apple CarPlay is a must-have feature for many buyers out there. Eight out of 10 Americans say that they want CarPlay in their next car according to Strategy Analytics, and the American Auto Association confirmed that CarPlay and the Android version, Android Auto, are less distracting that many automakers' own infotainment systems. So, congratulations, BMW owners: you'll have to pay extra now for a safer driving experience.

Even budget-minded manufacturers like Kia and Mazda now include CarPlay functionality for free, and as Engadget notes, Kia and Mazda also have Android Auto functionality included for the other major chunk of smartphone owners to use. Meanwhile, BMW does not support Android Auto at all and now wants users to pay for something that everyone else includes for free.

Frankly, it sounds like BMW is missing the plot with its technology packages. What's the point of owning a luxury car if a Kia has some features your Bimmer doesn't?