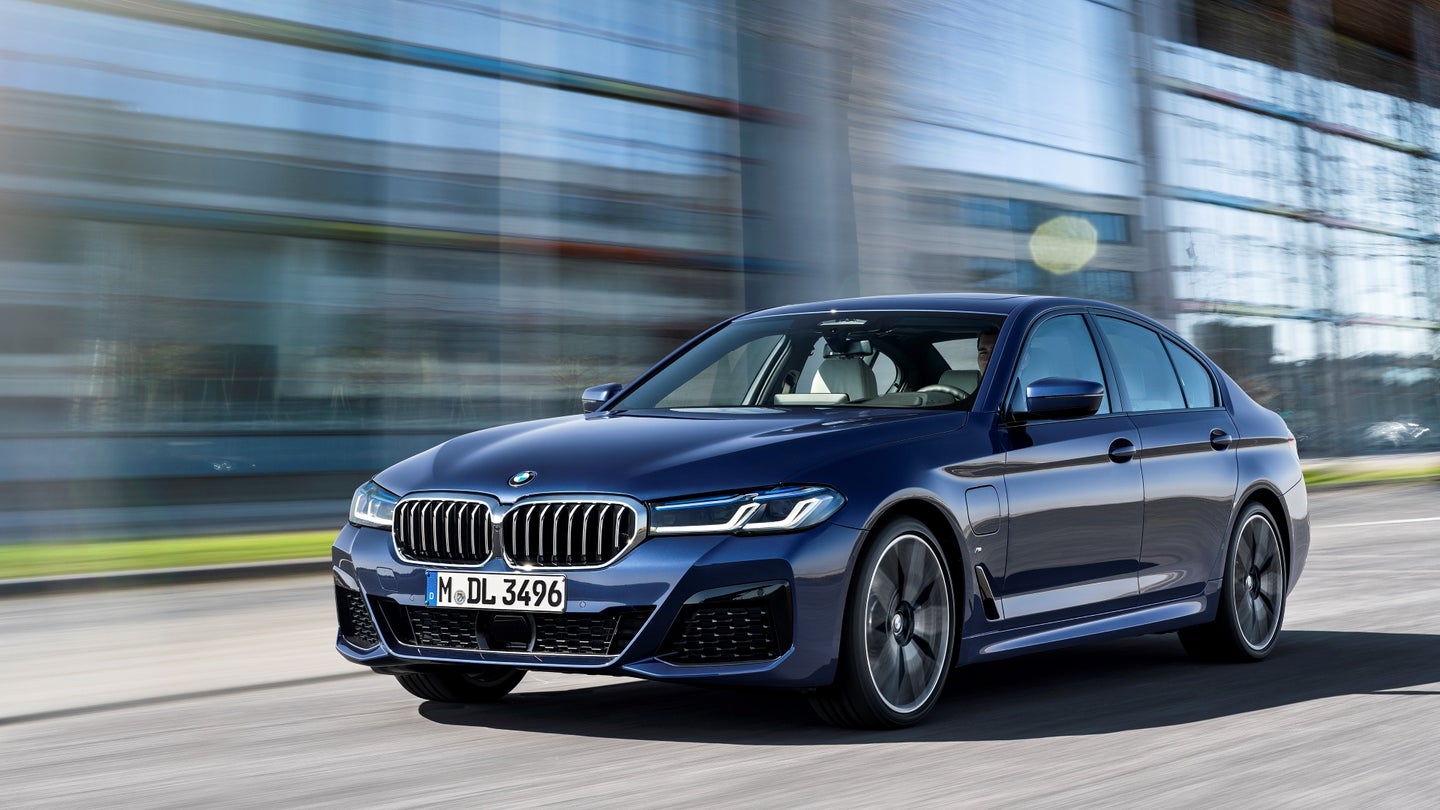 Just like its archrival over at Mercedes-Benz, the BMW 5 Series is getting a facelift for 2021. Keen Bimmer fans will easily spot this new model's sharper, more chiseled look but there are a couple of enhancements that go beyond just cosmetics.

For those who don't spend all their free time looking at BMWs on the internet, this revised 5 Series gets a bigger kidney grille and sleeker adaptive LED headlights that reminds us of its big 7 Series brother. Its reworked taillights get some black mascara and "three-dimensional lenses." The current 5 Series was in no way a bad-looking car but we think this new one is a marked improvement, not something that can be said of all mid-cycle refreshes. Also somewhat unexpected is the fact that the 2021 5 Series has grown 1.2 inches in length, despite it not sporting a new platform.

New for 2021, however, is a 48-volt mild-hybrid system for the 540i which can aid fuel economy by recuperating energy lost during deceleration, smoothing out auto stop-start, and completely turning the gas engine off during steady coasting up to 99 mph in Eco Pro or Comfort mode. It'll even be able to add another 11 hp's worth of grunt when driving briskly between the lights.

What's more, the plug-in 530e's 288 horses represent a 40 total system hp bump over the previous version thanks to a 181-hp 2.0-liter, a 107-hp electric motor, and a new Sport mode-only XtraBoost function that pumps out the extra ponies for up to 10 seconds at wide-open throttle.

Climbing inside, the 2021 5er's screens have grown to match the ones in the Mercedes-Benz E-Class exactly, with a digital instrument cluster and center infotainment touchscreen that both measure 12.3 inches. (Last year's center stack was just 10.25 inches.) It'll run iDrive 7 and, naturally, come with Apple CarPlay, Android Auto, and BMW's own voice-activated personal assistant.

Prices start at $55,195 for a base 2021 BMW 530i and go all the way to $77,795 and beyond for the M550i xDrive. Orders open sometime this month with deliveries scheduled for July. While nothing official's been announced just yet, expect this refreshed 5 Series' look to make its way to the high-performance M5 soon.