Maserati Alfieri Delayed, but Better for It

Porsche-fighting Italian to be lower, lighter, longer when it arrives in 2018. 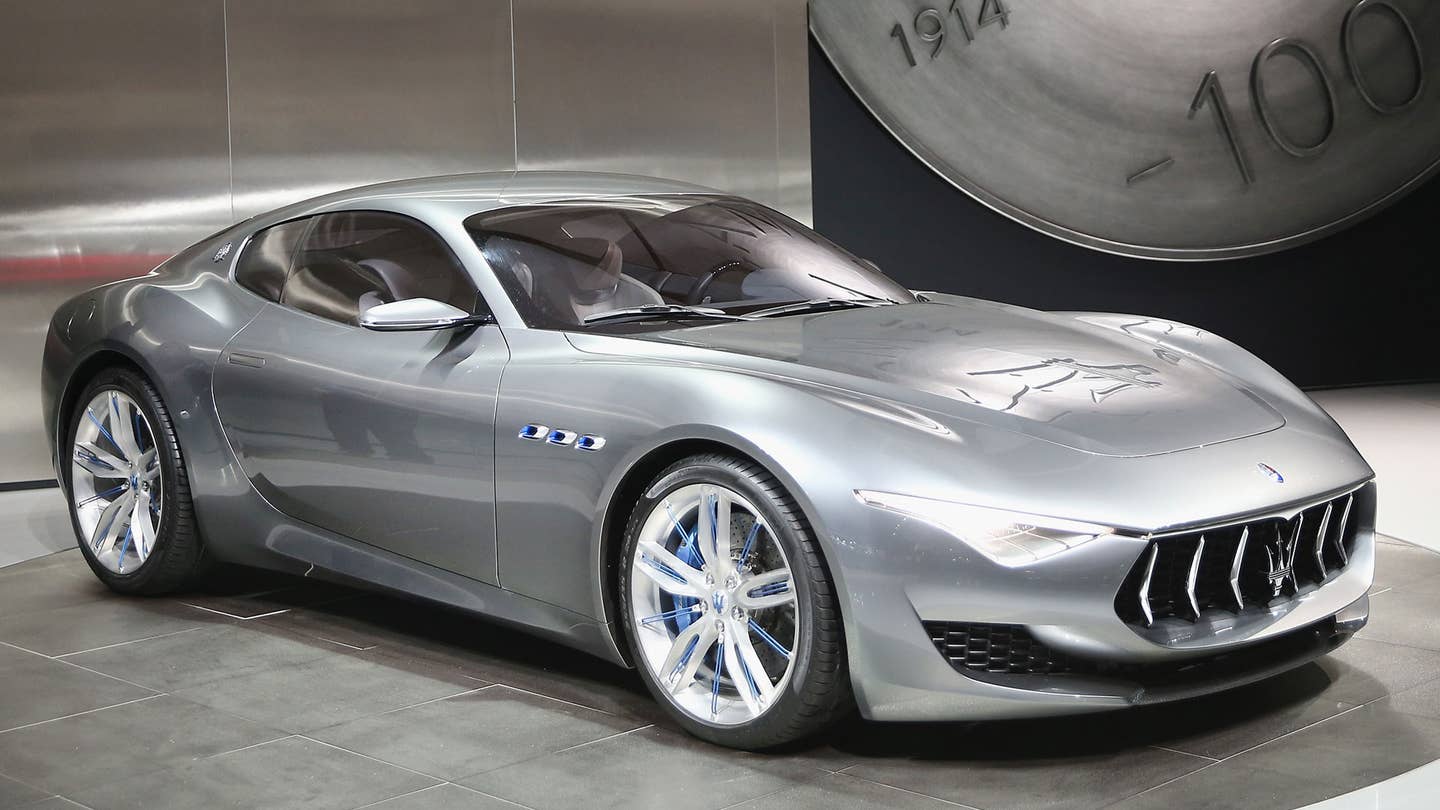 Maserati used the 2014 Geneva Motor Show to unveil the decidedly gorgeous Alfieri concept. It was a pure and proper sports car concept named after one of the founding Maserati brothers. That same year, when parent company Fiat Chrysler revealed its timetable of launches, Maserati CEO Harald Wester announced a road-legal version of the Alfieri for 2016 and an Alfieri convertible to follow a year later. Not long after that, the powers in charge launched the Alfieri’s slippery shape into the wormhole of product development hell.

So it’s delayed, but it is still on the way, and the sleek 2+2 is being improved upon compared to the original brief. Early on it was believed the coupe would ride on a slightly altered version of Maserati’s sole platform. However, Davide Danesin, the engineer in charge of Maserati vehicle programs, told Australia’s Drive that a more complex evolution will “make another step on the architecture.” That means a higher percentage of aluminum to reduce weight, while a “much lower engine installation” means a lower center of gravity and a lower front end. The placement of the front suspension, typically a platform hard point, is being moved forward so that the designers can create what Danesin called “a more sporty shape.” All-wheel drive is off the table for aesthetic reasons, too, Danesin saying, "The application of all-wheel drive for the sports cars may be limiting the style somehow." A “multi-material body” with aluminum sheetmetal will reduce the production car’s overall poundage.

Maserati is positioning the Alfieri and its “adorable imperfection” as a competitor to the Porsche 911 and Jaguar F-Type, so they need to get it right – and not just right at launch, but enduringly right. Ghibli sales took off and then cratered, which is part of the reason the Alfieri was pushed back. Maserati wants to achieve a hard cap of 75,000 sales globally by 2018 but the marketplace isn’t playing along; the brand sold just under 40,000 worldwide cars last year. Fiat Chrysler is focusing on products with the best volume and so is Maserati, so manpower is aimed at the new Levante SUV and the next GranTurismo will launch in 2017 a year ahead of the Alfieri. The big hardtop will grow into proper grand touring spec, while the GranTurismo Convertible/GranCabrio goes out of production.

The Alfieri hardtop will arrive in 2018, a convertible version around 2019. Also, so as not to step on GranTurismo toes, the Alfieri will be limited to 3.0-liter Ferrari-built turbocharged V6 engines thought to be packing either 350 horsepower or 450 hp. The final change: it won’t be called Alfieri. Rumor is that Maserati is resurrecting the GranSport name not seen since 2007.