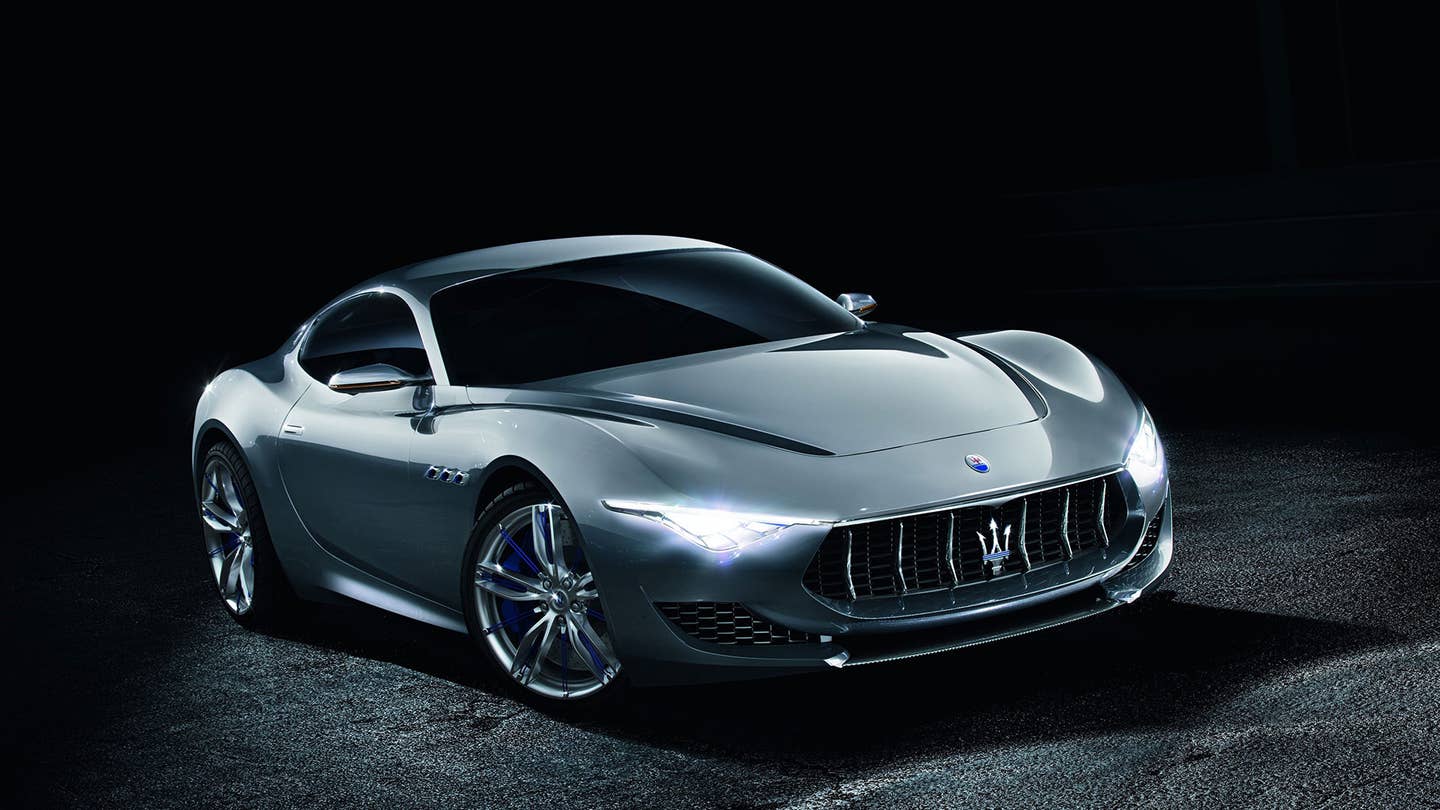 Only days after Volkswagen laid out an ambitious overhaul that hinges on the mass production of electric vehicles, Fiat-Chrysler CEO Sergio Marchionne is hinting that Maserati might jump into the electric car ring with a battery-powered sports car of its own. It's a concept sure to boggle the mind of sonically-minded Maserati fanboys: Maseratis are loud, electric cars are silent, so what would an electric Maserati sound like?

In comments made to Bloomberg, Marchionne mused about the prospect of a sporting, emissions-free Maserati. "I’ve always thought the economic model that supports Tesla is something that Fiat-Chrysler could replicate as we have the brand and the vehicles to do it," the sweater-loving CEO said. "I think that to use one of our potential cars as an experiment in this area is interesting."

Models being considered for electrification reportedly include the upcoming Porsche 911-battling Alfieri, which will also go on sale with a range of forced-induction six- and eight-cylinder engines comparable to those in the Quattroporte. However, Marchionne mentioned that no such electrified sports car would be produced before his retirement in 2019. Leveraging the racing history and glorious noises of Maserati’s old cars in service electric car sales will be the work of another, likely younger man.

Lower in the portfolio, Fiat is also planning an electric city car primarily for the European market. (The current Fiat 500e is sold only in the North American market, and costs the company more to produce than it sells for.) Here in the States, a hybrid Chrysler Pacifica goes on sale this fall, and a hybrid powertrain for the Maserati Levante SUV will arrive sometime in the near future.

But Marchionne didn’t bow down at the feet of the technology, as Elon Musk sometimes does. In fact, when it came to a battery-powered future, he offered sort of a verbal shrug. "I’m not as convinced as some others are about the fact that electrification is the solution for all of man’s ills.” You know what we hear? An old Italian admitting that he’s as sad as we are that the clear-throated, mad-as-all-Inferno Maserati V8 is on the way out.