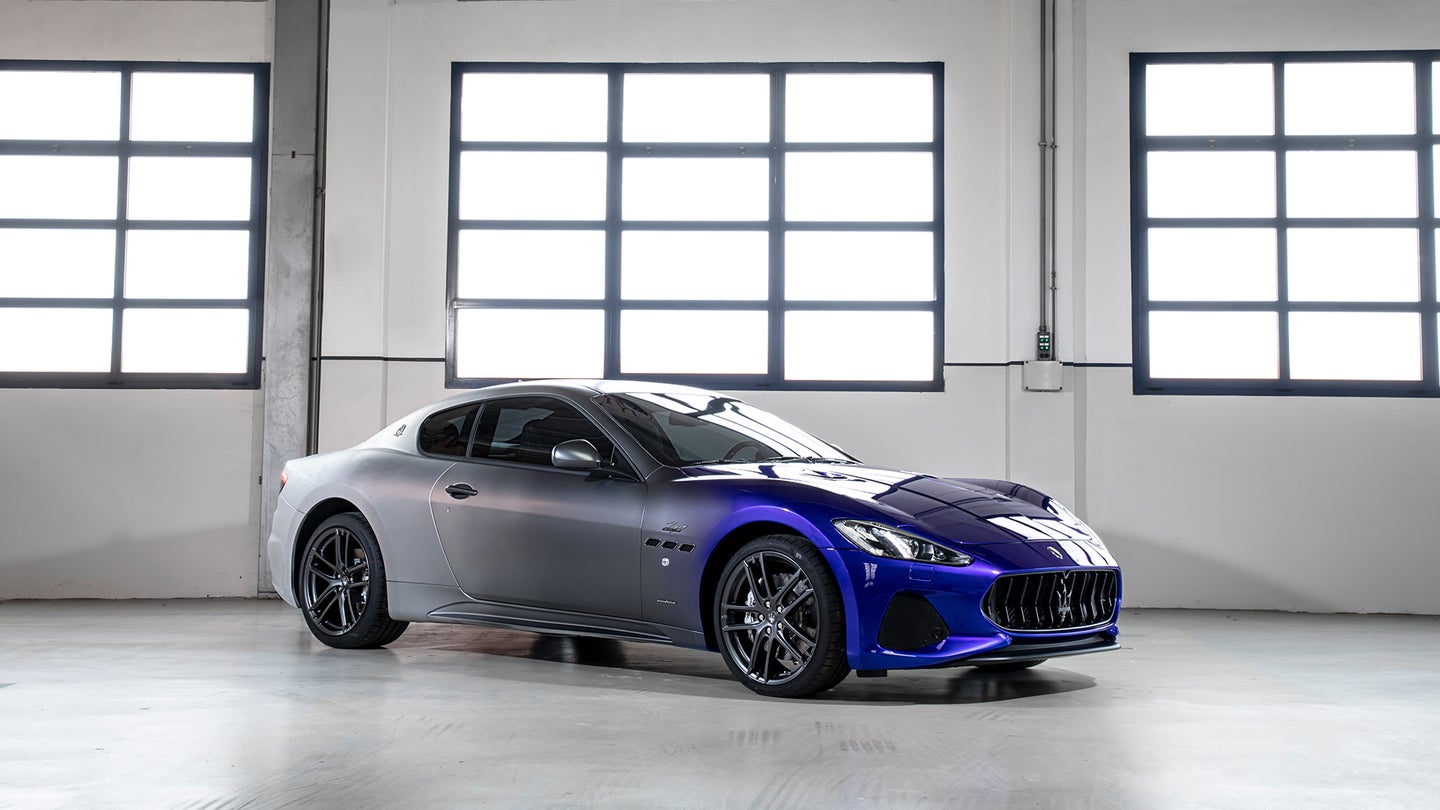 The Maserati GranTurismo and GranCabrio may be driving into their graves, but like true Italian sports cars, they're not doing so quietly. Quite the opposite, in fact, as the final model to roll off the assembly line has captured its true beauty with a stunning color-shifting, tri-color paint job.

It's called the Maserati GranTurismo Zéda, and it's all about telling a story. According to the automaker, it blends Pininfarina's design language with a futuristic paint job meant to represent the company's forward-looking perspective on automotive design. The car's coat shifts from a deep blue to a dark satin, and then once again to a light metallurgic-inspired paint slathered across the rear end. It's a stunning statement that shows the car shedding the skin of yesterday and planting new roots for the future of the nameplate.

All changes to the Zéda area purely cosmetic. The same Ferrari-derived 4.7-liter V8 that the world knows and loves still resides under the hood, producing an ample 460 horsepower and 383 pound-feet of torque. Power is still sent directly to the rear wheels and the gearbox remains the same semi-automatic six-speed unit.

All other GranTurismos, according to Maserati, have reportedly been spoken for. After more than 40,000 units being delivered across the world, plans have already been solidified for the GranTurismo's offspring, and the plant in Modena, Italy is already undergoing re-tooling for the car's next generation.

It's not exactly clear yet what Maserati plans to do with the Zéda, but it could possibly be headed to the brand's own museum or perhaps a private collection. If you ask us, we secretly hope Maserati sends it to the Panini Motor Museum, where the Zéda could co-exist with a plethora of Italian classics, plus some of the best Parmigiano Reggiano cheese on earth.

But hold your horses, the manufacturer-issued Michigan license plates tell us a very different story.