But hold your horses, the manufacturer-issued Michigan license plates tell us a very different story. 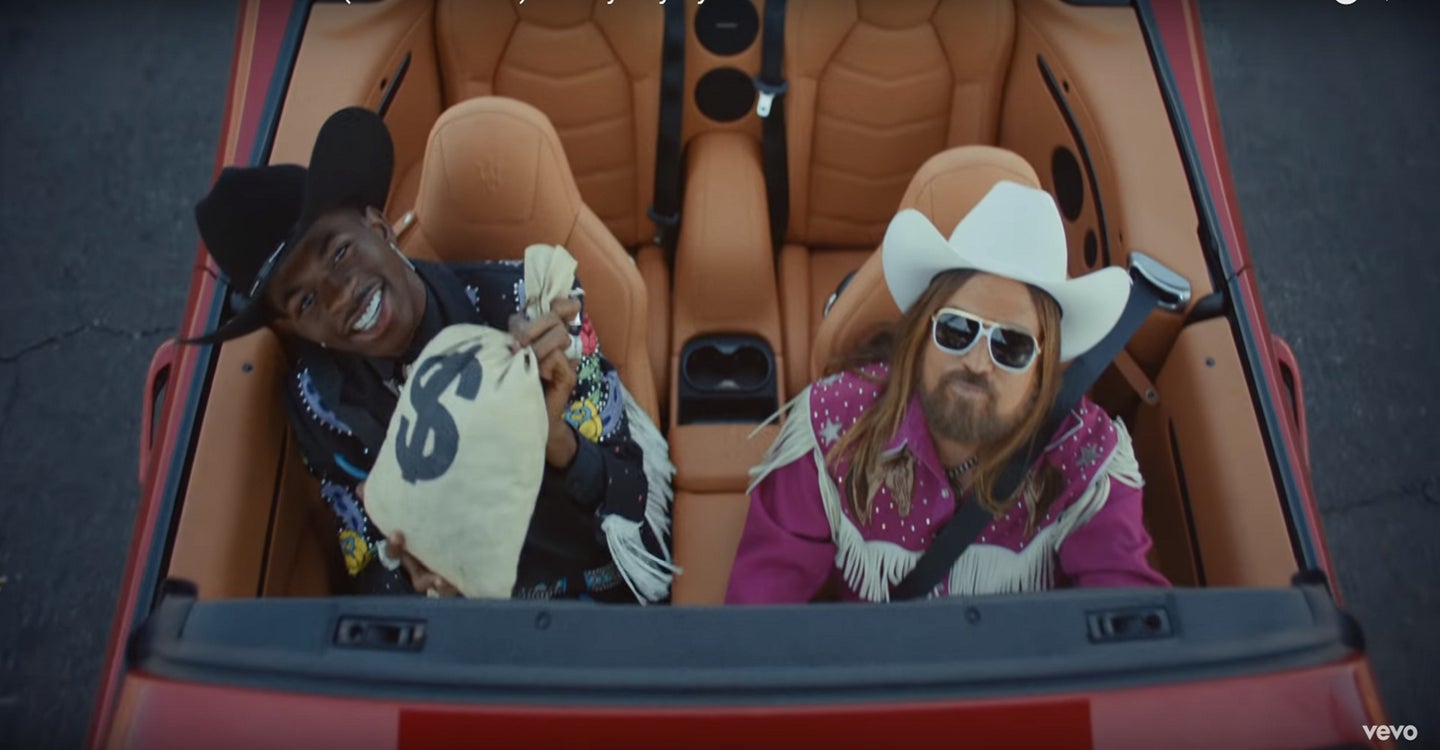 If you happened to turn on the radio or interacted with young people at all in the past little while, you've probably heard "Old Town Road," a weirdly addicting and slightly hilarious country/rap track from somebody named Lil Nas X and featuring Miley Cyrus' father, Billy Ray Cyrus. Despite a setback regarding its place on Billboard's country charts, "Old Town Road" has apparently been dominating the airwaves (are airwaves still a thing?), shattering records left and right.

To celebrate the song's success, Mr. Nas X has allegedly gifted his partner-in-crime, Billy Ray Cyrus, an actual "Maserati sports car"—just like in the song. Specifically, the same red GranTurismo Convertible that shows up in the song's masterpiece of a music video, excuse me, "Official Movie."

In a completely spontaneous Instagram video that definitely wasn't staged or part of an embedded marketing ploy by delivery service Postmates and/or Maserati, the 20-year-old rapper personally delivers the exotic Italian convertible to Billy Ray's Los Angeles front door, Pimp My Ride Xzibit-style. Also, for what it's worth, we spotted manufacturer-issued Michigan plates on the Maserati "gifted" to Cyrus, leading us to believe this is either a temporary ride until Cyrus "commissions" his own, or this is all a publicity stunt.

Because we know you're wondering, the Maserati GranTurismo Convertible has an MSRP of at least $150,980. Definitely an expensive ride to the average American, but to somebody of Billy Ray Cyrus' stature it's probably more of a "nice gesture." Although, this particular GranTurismo may very well be worth quite a bit more than its original list price thanks to its appearance in a video that has been, as of this writing, viewed 63 million times.

The owner of the car then sold the album to the Pharma Bro for an undisclosed amount.