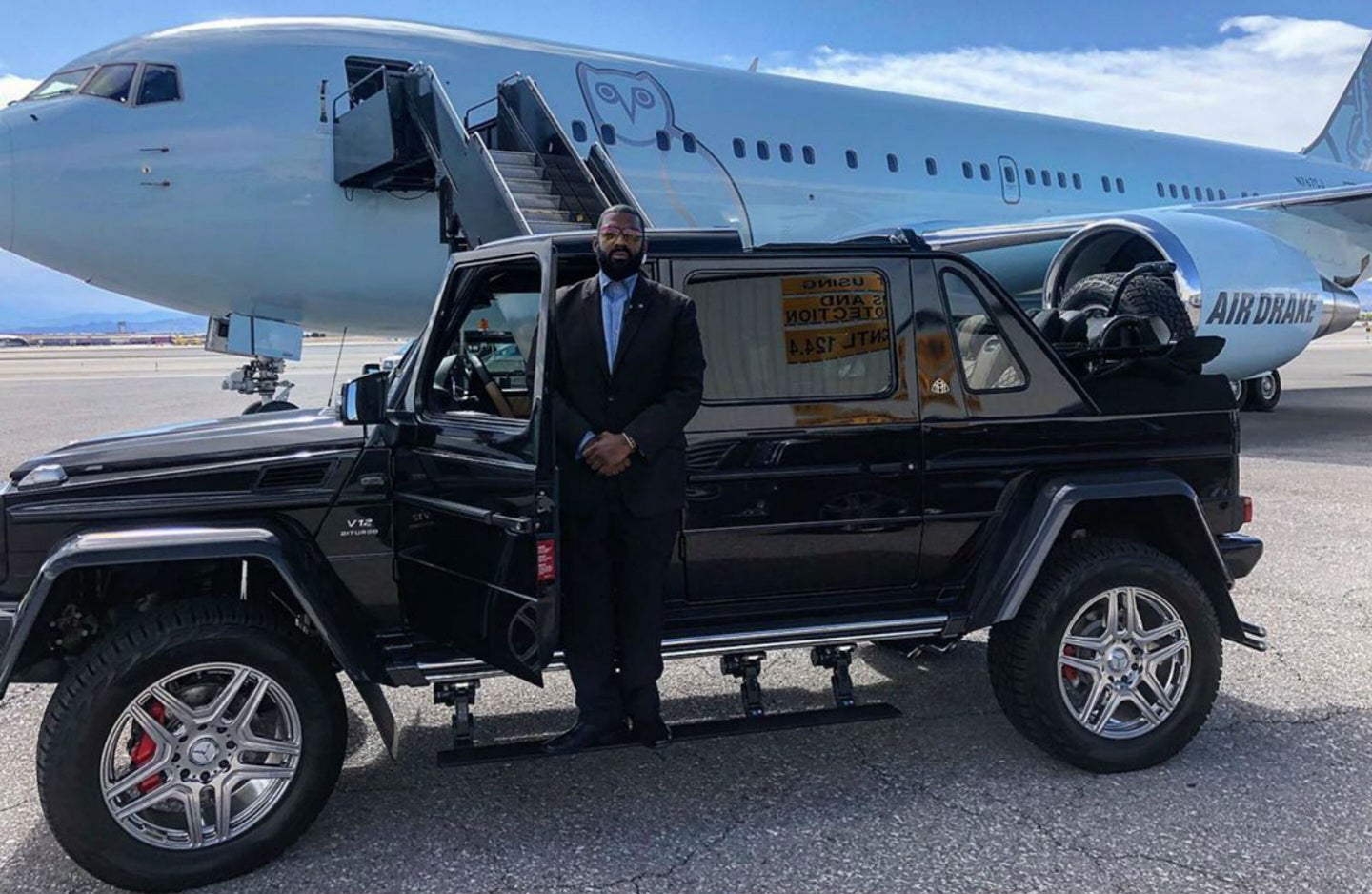 Turns out, Canada's most famous rapper's penchant for ultra-luxurious transportation isn't limited to the skies. After acquiring—or as the kids might say, "copping"—his own Boeing 767, hip-hop's richest Canuck Drake has now added a Mercedes-Maybach G650 Landaulet to his fleet. What, did you think Drizzy takes a Lyft to all those courtside Raptors games?

Limited to just 99 examples worldwide, the G650 Landaulet is based on the G500 4x4 Squared, essentially a G-Wagen with even fewer inhibitions. It's got a hardtop up front and a soft-top out back and costs over $500,000. TL;DR: It's the most expensive SUV ever made, handily outdoing the $410,000 Rolls-Royce Cullinan and Bentley's $195,000 Bentayga. Notably, the one Drake owns is apparently the first one to exist in North America. Here it is posing conspicuously next to the rapper's "Air Drake" Boeing.

Now here's a video of Drake checking himself out in the back of the Landaulet cruising the Las Vegas strip.

Those plush back seats are lifted out of the Mercedes-Maybach S550 and are outfitted with thermally controlled cupholders because of course they are. Up front lies a 630-horsepower AMG bi-turbo V12. I mean, for a guy with lyrics such as "Got everything, I got everything. I cannot complain, I cannot," the lovably decadent and ridiculous Landaulet G-Wagen is kind of a must-buy.

From Driving, other notable rides in Drake's garage include the Ferrari LaFerrari, McLaren 675LT, and a Sang Noir edition Bugatti Veyron...for those emergency trips to CVS for Kotex, of course.

Only 99 examples of Maybach’s SUV are being made.