Rumor has it an “exotic and production-ready” sports sedan is in the works. 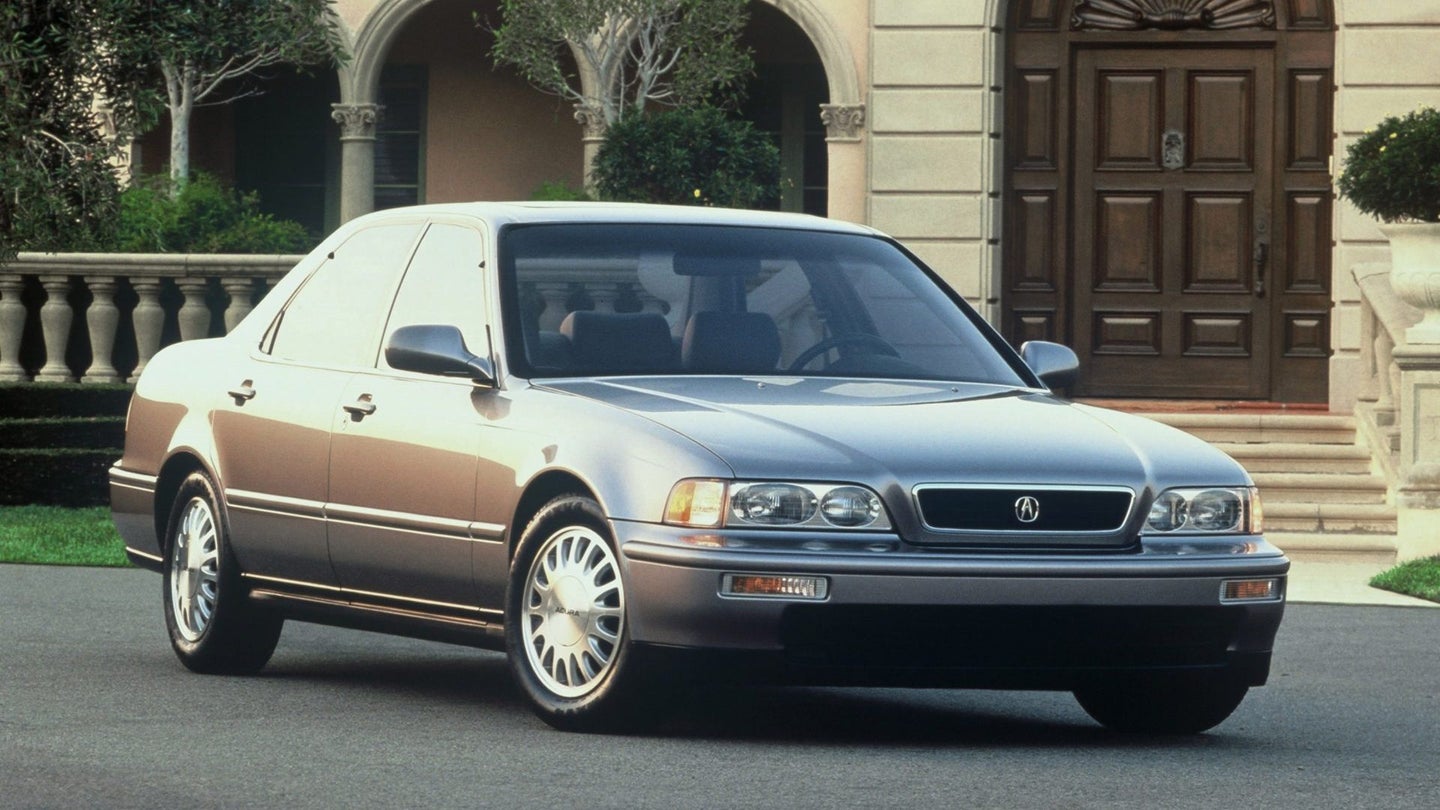 With Supra-mania seemingly at an all-time high, the nostalgia for '90s Japanese cars is real and it looks like Acura might be getting in on the action. Spotted by AutoGuide, parent company Honda renewed a bunch of trademarks back in February with the European Union Intellectual Property Office, including the name "Legend." For the uninitiated, the Acura Legend served as the company's full-size flagship sedan from 1985 to 1995, came with either four or two doors, and was an unequivocally cool and well-made automobile. Ludacris had one, for Christ's sake.

Currently, Acura's sedan lineup is topped by the RLX, a car that's been around in its current incarnation since 2013 and, frankly, is in desperate need of a complete overhaul. A report from back in March says Acura will be bringing an "exotic," production-ready sedan to Pebble Beach in August based on its Precision Concept, a long-legged, slope-roofed sedan—the very type of car an Acura Legend would be if it were built in 2019.

Honda has recently started to make a habit of resurrecting old nameplates, bringing back the NSX as a hybrid and reviving the Passport as a two-row Pilot. We wouldn't be surprised if a Legend designed as a Japanese alternative to the Audi A7, Mercedes CLS, and BMW 6 Series Gran Coupe—something that hasn't really existed yet—is next on Honda's #TBT product-planning playlist.