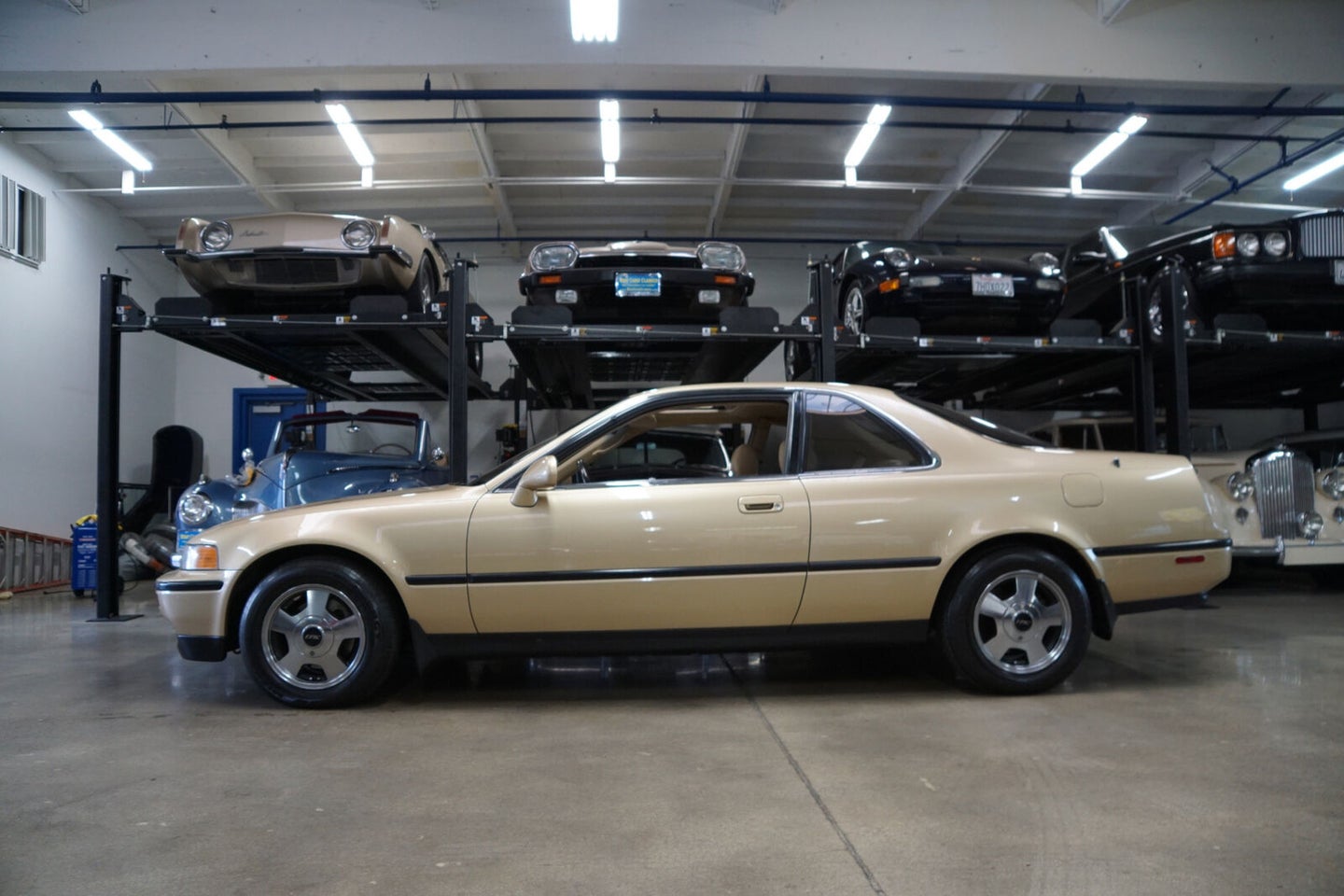 It's easy to forget that long before Toyota brought on Lexus in 1990, Honda was way ahead with Acura in 1985. The luxury arm's first two products were the small, sporty Integra, and the larger Legend coupe and sedan. When the second-gen Legend coupe showed up, it had a clean if now slightly dated look, and it was the MotorTrend Import Car of the Year. For some reason, despite V6 power and a manual transmission, the car never caught on as a true collectible.

That’s why our expectations are modest for this clean-beyond-clean 1991 Legend coupe on Ebay. It's got the 3.2-liter V6 and five-speed manual transmission—the six-speed showed up a year later—making it a pretty desirable spec. Take into account the huge popularity swing of Rad-era cars at present and it might turn into a worthwhile investment for...someone.

Just because it's not a major collector item doesn't mean it wasn't a sales success. Acura sold 66,000 Legends in 1991, appropriate since it helped pioneer features such as four-wheel disc brakes with ABS, heated seats, soft-close doors, dual airbags and a hands-free telephone.

This particular model has all that, plus an illuminated ABS light, the remedy for which the seller has not been able to locate. It is an always-garaged car with two owners and 64,000 miles on the clock.

The Legend was replaced by the TL (some claim it was the five-cylinder Vigor that was replaced, but Acura just wanted to forget that) in 1996, to the consternation of Acura dealers who wanted to know what happened to the Legend and all the goodwill that name conjured. Some told customers TL stood for “True Legend.” But the initials-only die was cast in 1996, with the CL, TL and RL.

You will never send your kids to college based on the sale of an Acura Legend, but it will be interesting to see what this Golden Glow Pearl with tan leather-car will bring. With just a few hours left, bidding is a tepid $10,875, with a “Buy It Now” price of $14,500. Someone better let Ludacris know.

When you can buy practically any car you want, that’s saying a lot.