When you can buy practically any car you want, that’s saying a lot. 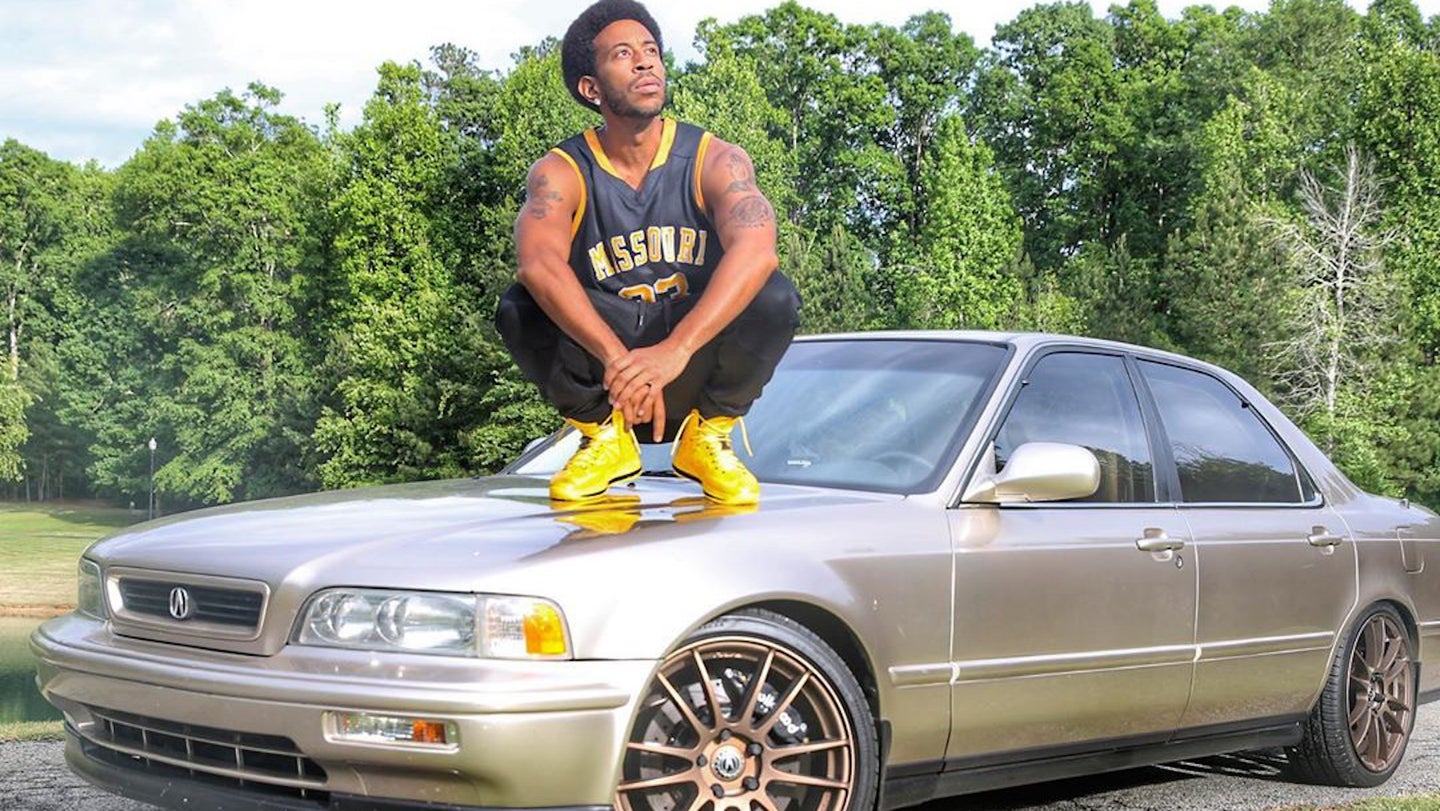 It's interesting to see the cars that celebrities drove before hitting the big time, and it's even more intriguing when they've held onto them long after fame and fortune changed their lives. We've talked about rapper Ludacris' 1993 Acura Legend before, but it's surprising to see that the factory-restored classic is still such a big part of his life today. He recently took to Instagram to show off the car, and it's looking every bit as fresh as the day that Acura finished its restoration.

Bridges says he bought the Legend back in 1999, not long before he became world-famous as a rapper and, later, as an actor. At some point in 2015, the Acura was involved in an accident that left it badly damaged, but the car wasn’t scrapped as so many other wonderful vehicles from its era were. Luda's Legend, as we see it today, is the result of a ground-up restoration effort by the Acura Design studio in Los Angeles that took place before SEMA in 2015. The company took the overhaul effort a step further with tasteful mods that included a two-inch suspension drop, upgraded brakes, new paint, a Pioneer sound system, and 18-inch Rays wheels.

The Legend has shown up in the rapper’s Instagram feed a few times over the years, which is quite the feat for a 27-year-old sedan owned by someone that can drive almost anything they want. It’s clear the Acura is in his garage to stay, and the 255,000-plus miles on the odometer are proof that it's no garage queen.

Even though it was relatively common when new, the Legend is a bit of an oddity, even in today’s Radwood-obsessed car market. Just a handful are available for sale on Autotrader as of the time this article was published, and they all appear to need the same love that Luda’s ride got from Acura. Unfortunately for those survivors, there are probably very few people left with the same soft spot for old Legends that he has.