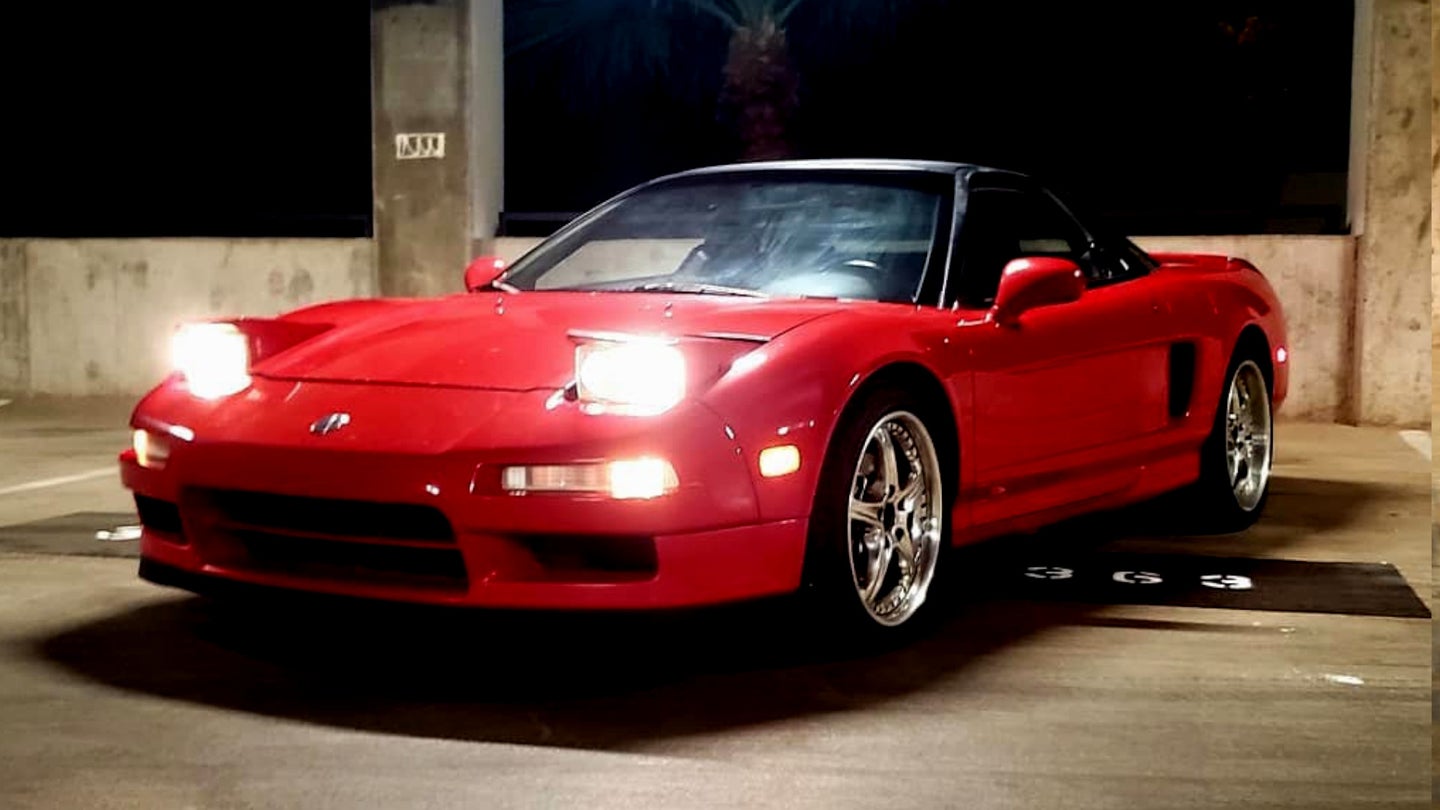 For many people, sports cars are delicate investments, to be treasured and looked at but rarely driven. Garage queens are a common sight at car shows around the world; machines of potent performance left to prance and never wail. That's not the philosophy that Sean lives by, though. He's a man who has driven his first-generation Acura NSX to a truly legendary 400,000 miles. To him, it's the daily driver of a lifetime.

Sean's story comes to us from Instagram, where he posts about his life and travels under the name @lonewolfdrifter. It's more of a moniker about a lifestyle rather than motorsports, as Honda's mid-engined sports car from the early nineties isn't known for going sideways in clouds of smoke. Instead, as Sean tells us, "It is the ultimate driver's car that can be driven every day, and in my honest opinion it is the best all around car ever made."

The story begins when Sean purchased the 1992 model NSX 17 years ago with around 70,000 miles on the clock. It's been the only car he's owned in that time, and has been his daily driver ever since. Sean has racked up an average of 20,000 miles on the clock per year, and taken the car on multiple roadtrips across the southwestern United States. According to Sean, his longest journey in one go was around 800 miles, without "one minute of discomfort" on the trip.

It's a glowing review of what has become one of Acura and Honda's most loved models in recent years. The first-generation NSX combined sweet and responsive handling with a sonorous 3.0-liter V6 that revved out to 8000 rpm, complete with VTEC and a lively 270 horsepower. It also didn't forget its roots, earning the same reputation for reliability as models like the mass-market Honda Civic.

"I always tell people that if you take care of this car, it will take care of you," says Sean. He follows the recommended service and maintenance schedules religiously, every 15,000 miles. Amazingly, the engine has never been opened or rebuilt in the car's lifetime.

Sean's car was susceptible to a snap ring failure inside the transmission, however, due to a manufacturing issue on the transmission case common in early examples. Failing at 123,000 miles, Sean had the gearbox rebuilt with a short gear set and NSX-R final drive with a shorter 4.23 ratio. It provides quicker acceleration and shortens the time between gearchanges, with Sean noting "It changes the way the car drives, and should have come this way from the factory."

A few years ago, the suspension started feeling a little tired, too. Nothing was too good for Sean's NSX, of course, and it got a full rebuild to stock specs. While upgrades could have provided sharper handling, Sean didn't want to ruin the car's daily driveability. Fresh bushings and shocks all round made a big difference. "By the time I got it back, it felt like a new car," said Sean, adding that it was "pretty cool the original suspension lasted 380,000 miles." 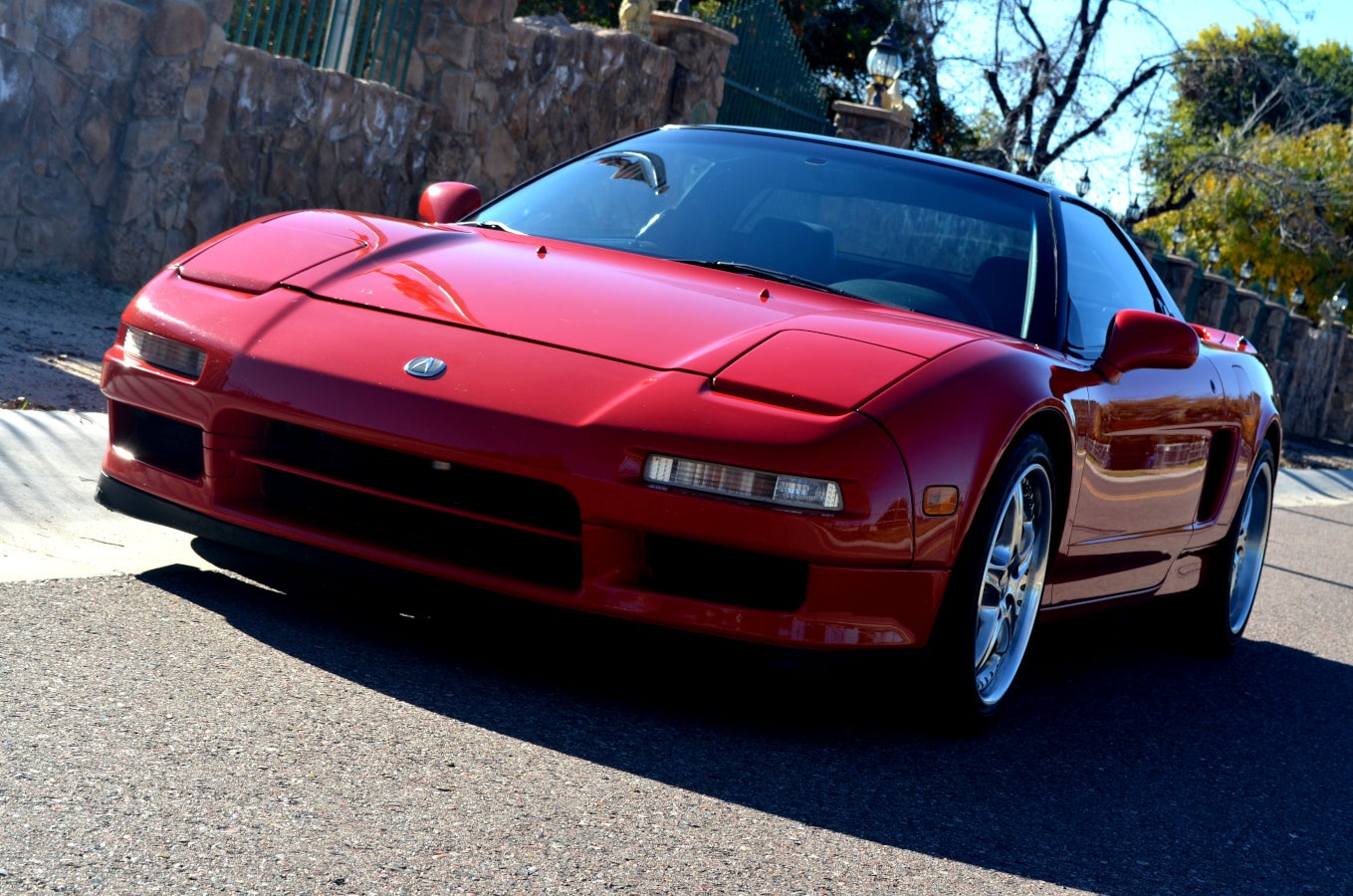 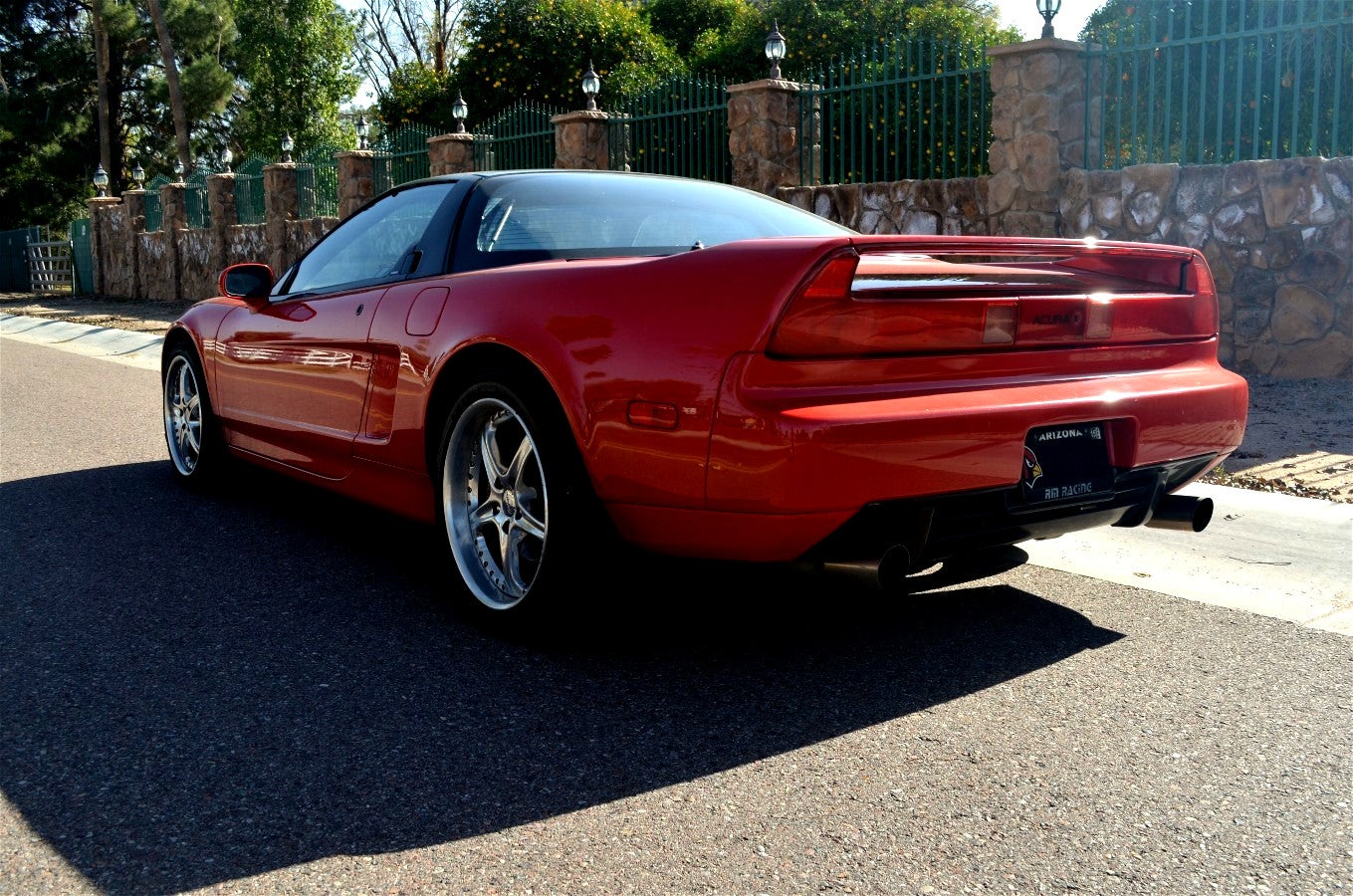 The car has been kept mostly stock, with Sean only adding a few basic modifications. Headers, a performance exhaust, and wheels are as far as he's gone. For a car already so perfect for his needs, that was enough.

The NSX was capable enough compared to competitors from Ferrari and Porsche at launch. The platform had a long innings without major updates and stayed in production until 2005, at which point the 15-year old car was seen as tired and out of date. But it wasn't long gone before enthusiasts began to pine after the mid-engined legend. Prices have since risen precipitously, with rare examples selling deep into the six figures these days.

Despite the wild market for the first-generation NSX, Sean hasn't considered selling. "Not even for a second," he says. However, he's happy to see the car he loves getting so much positive attention, opining "It's pretty awesome to see the values skyrocket. Like it's finally getting the respect it deserves."

Sean is quick to share credit for his feat, though, noting he couldn't have gotten the NSX this far without the help of his mechanics. NSX and S2000 specialists ScienceofSpeed have worked on Sean's car over the years, and he considers them one of the premier NSX shops in the United States. He'd also love to see Acura take his car for a refresh, in a similar vein to Mazda's program for first-gen Miatas.

Overall, it's simply heartwarming to see an enthusiast and their sports car go on such a beautiful journey together. It's the automotive equivalent of toasting to a friend's wedding anniversary; you just love to see them so happy together. At The Drive, we'd like to collectively raise a glass to Sean and his '92 Acura NSX, to all their adventures thus far, and all the new ones to come. Kanpai!