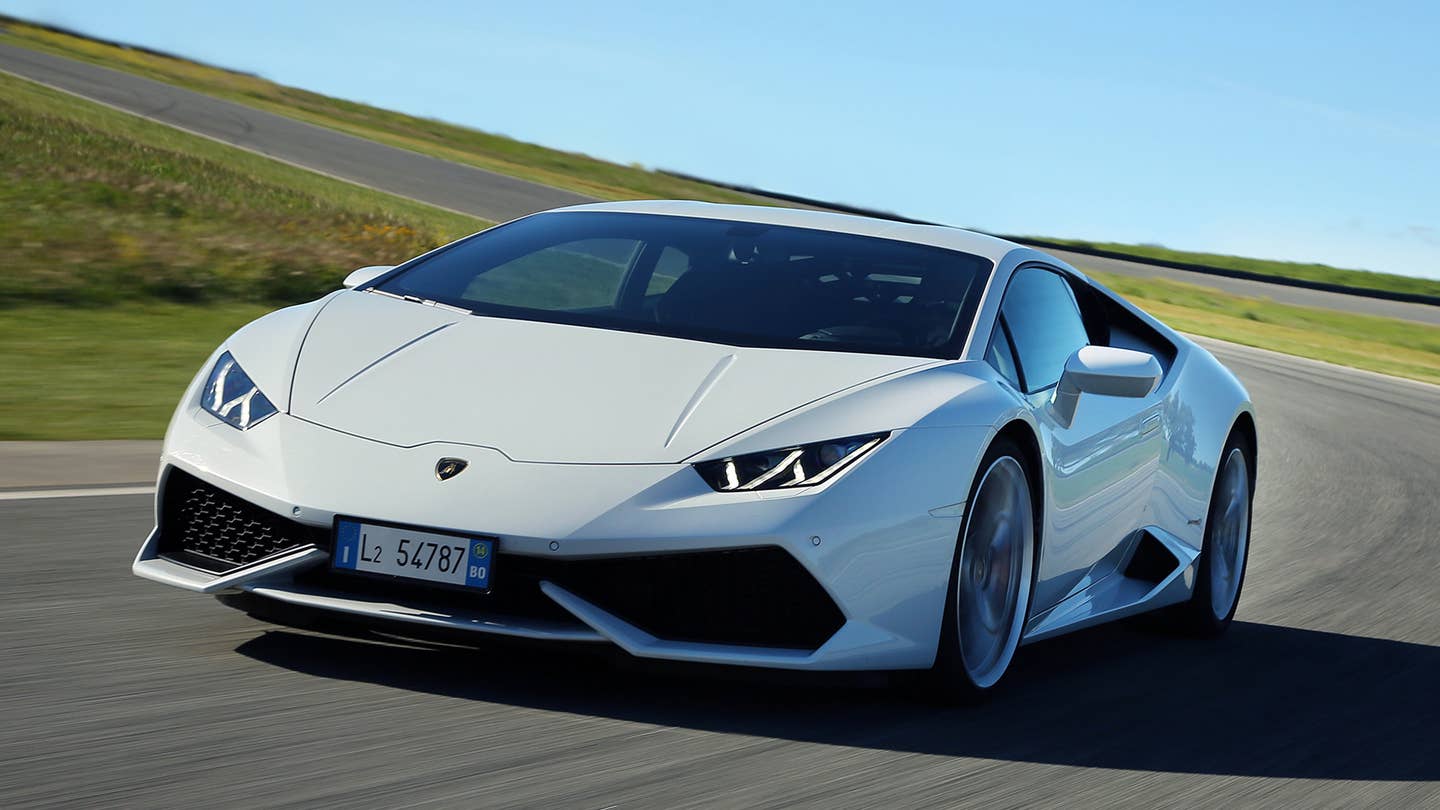 Early in the morning on June 2, members of London's Metropolitan Police impounded a Lamborghini Huracan without legal cause, then proceeded to haul ass around town at high speeds, according to the owner of the supercar rental company the car belongs to.

According to Erwyn Mackee, head of City Supercars, the Metropolitan Police pulled the white Lamborghini over near Heathrow as a driver was bringing it to the airport, claiming there was a problem with the car's insurance. Which there was—sort of. Mackee says the car was pulled over during a six-hour window when the car's old insurance was no longer listed on the Motor Insurance Database, but the new insurance had not shown up. (Okay, sounds a little shady, but stick with us here.)

Mackee reportedly sent the paperwork proving the car was insured to the officers, but they weren't satisfied. "I emailed him the documents from the broker, and he said ‘That’s not good enough, you could have Photoshopped that,’" Mackee told CarThrottle. " I said, ‘How can I Photoshop five documents while on the phone to you?’”

The officer reportedly told Mackee he would be seizing the vehicle under Road Traffic Act 1988. Mackee, however, is a lawyer, and he says he was familiar with the section the copper was referring to. "You need reasonable evidence to believe it’s not insured," Mackee says he told the police officer, "and I’ve given you overwhelming evidence to show that it is insured, and as a lawyer I can tell you it’s definitely covered."

Regardless, the police confiscated the car and drove it off to the impound lot. Mackee, however, had one last trick up his sleeve: The Lamborghini was outfitted with a tracking device, enabling the lawyer to follow the Huracan as it drove to the impound. A drive that included a few unnecessary turns...and three extreme violations of the speed limit, including one 63 mph blast in a 30 mph zone.

To toss a little shame at the police, Mackee even posted a screen grab of the tracker data on Twitter.

In a statement, the Metropolitan Police tells CarThrottle that the matter was being looked into locally, but the force was "satisfied" that the car took "a direct route" to the impound. The department says it did find Mackee's insurance to be in order.

Now, we don't begrudge police the chance to drive around in cars they've collected from actual lawbreakers every now and again. (If we did, we'd never be able to enjoy Miami Vice.) But impounding a Lamborghini for nebulous reasons, ignoring evidence that the car is legally registered, then hauling ass around London? Poor form, blokes.