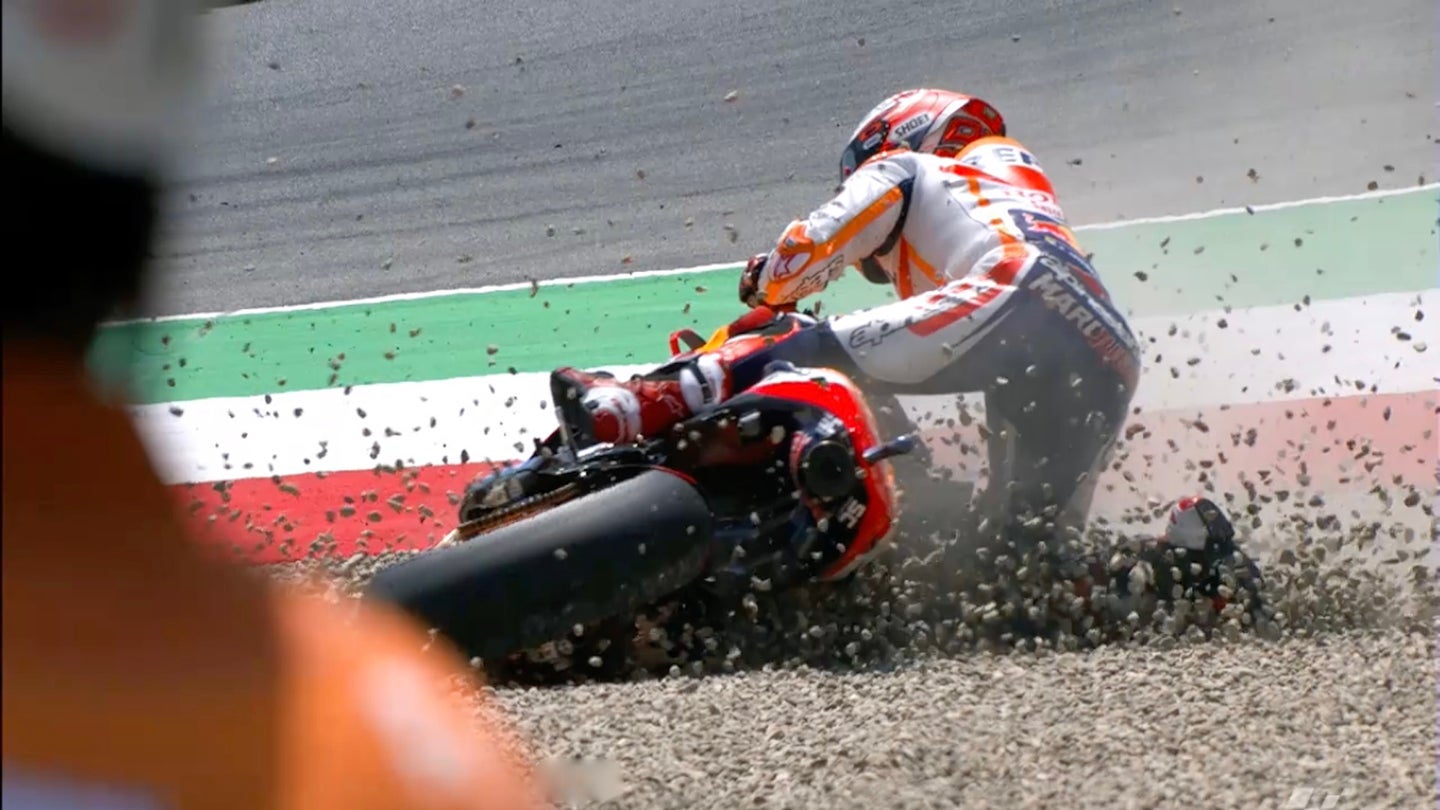 Honda Repsol's Marc Marquez achieved the exact opposite of what he set out to accomplish at the 2018 MotoGP Grand Prix of Italy, which saw him finish in an embarrassing 16th place while Ducati's Jorge Lorenzo conquered the top step of the podium. As a result, the Spaniard's championship lead was reduced rather than extended.

Marquez arrived in Mugello with a massive 36-point lead in the MotoGP world championship standings over Yamaha rider Maverick Vinales—Marquez with 95 and Vinales with 59. With the point structure awarding 25 points to the race winner, it meant that regardless of what happened, Marquez would still lead the championship at the end of the day.

The Spaniard got his weekend off to a rocky start when all he could squeeze out of his Honda motorcycle was a lap time of 1:45.454, while the top three were laying times at least 0.2 seconds faster. Sunday's performance was drastically different as Marquez quickly rocketed to the front of the pack and gave Lorenzo, Petrucci, and other front-runners a piece of his mind with some rather aggressive passing maneuvers. Then, disaster struck on Turn 10 when Marquez laid his bike down in embarrassing fashion and simply skidded to the gravel trap.

Luckily for him, everything on his Honda remained intact and he was able to rejoin the race and lap the famous 3.2-mile Italian circuit like a bat out of hell. He ultimately finished 16th and missed out on championship points. However, his archenemy Valentino Rossi finished in third place and secured a precious 16 points, which although didn't earn him the championship lead, narrowed the gap down to only 13 points.

Marquez will have to reassess his aggressive riding style if he plans on maintaining the championship lead and winning more races, as his two-wheeled shenanigans have landed him in hot water more than once this season.

The MotoGP fraternity now heads to the homeland of many of its riders, Spain, where hundreds of thousands of fans will passionately cheer on their favorite daredevils come June 17.

It was the Scottish rider’s dream to race at the world-famous Isle of Man TT. He was 26 years old.