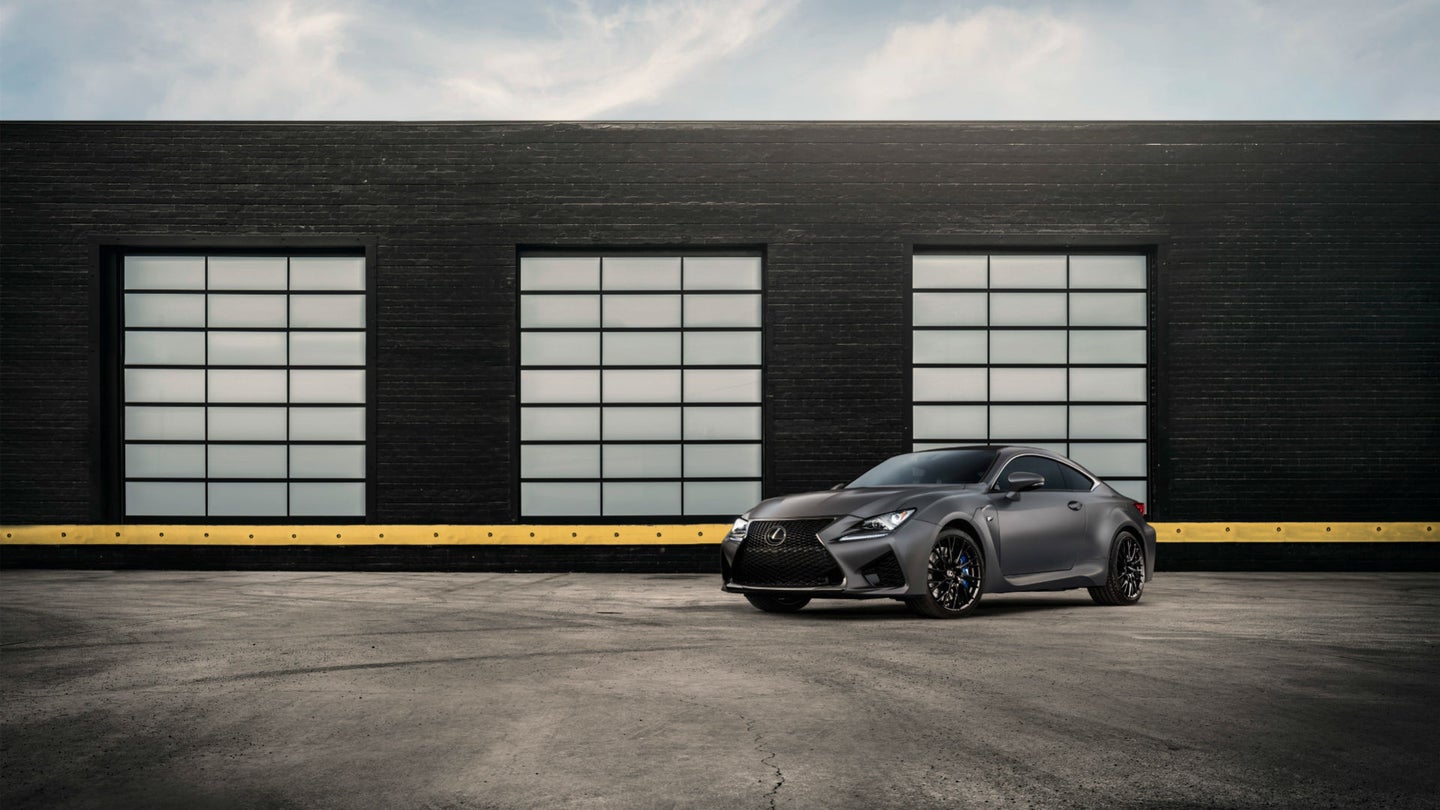 At $89,350, the GS F 10th Anniversary Edition sedan costs just $5,000 more than the standard model and doesn't require any other options. It features a similar blue and white leather theme as the one found on the RC F but adds blue leather to the rear seats and blue carbon trim on the seat belts, dash, and center console. It also ditches the special headliner. Lexus will sell just 100 of these GS Fs in the States.

Lexus attributes the beginning of its F division in the United States to the launch of the IS F in 2008. The vehicles that have come as a result of these performance efforts act as the basis for Lexus' race cars, such as the oh-so-sweet sounding LFA V-10 supercar that raced at the 24 Hours of the Nürburgring in 2010. The RC F and GS F are F's only current offerings, sharing a 5.0-liter V8 power plant.