"They still make that?", you might be asking. Not for much longer. 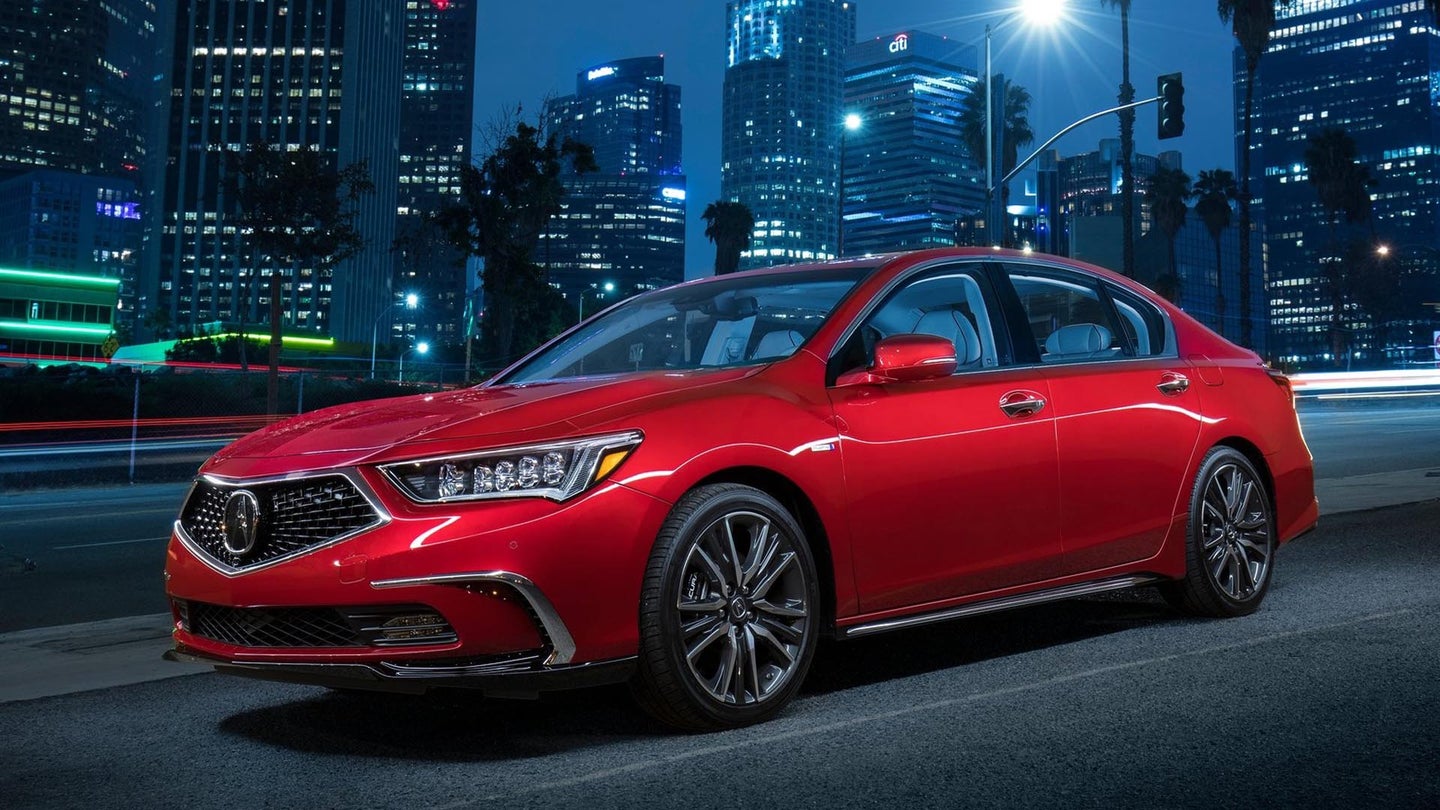 I can't say I've thought much about the Acura RLX much lately. Granted, I've had a lot on my mind lately, and so has everyone, but Acura's supposed flagship sedan has felt like an afterthought and an also-ran since the days when it was called the Legend. Now, as sedan sales plummet, the RLX has reached the end of its road. Will anyone miss it?

Automotive News and other outlets today report Acura has confirmed the RLX will be no more after the 2020 model year. It will live on in Japan—where it's built and still called the Legend, apparently—and some other markets, but not in North America. Fans of four-door luxury sedans with super-handling all-wheel drive will have to get their fix elsewhere after that.

The culprit is a familiar one: SUVs, crossovers and trucks dominating the new car market, leaving demand for sedans to wither and die. Having said that, Acura claims it's not yet giving up on sedans entirely. Honda's luxury division says it will "further strengthen [its] sports sedans" and continue with "the performance-focused direction we have been taking Acura over the past four years."

That refers to whatever the production version of the Type S Concept will be, plus other fun four-doors in the lineup. The Type S badge is expected to be used on other performance-centric models in the Acura lineup, finally bringing back the spirited driving the brand became known for in the 1990s. That's good.

As for the RLX, I can't say it will be too missed. The Legend—the original Acura—was a groundbreaking car in its heyday, but it hasn't really been a top contender in many years. It was long dogged by bland styling and the lack of rear-wheel drive or a V8 engine (although it ended up being somewhat prescient in that last regard), as well as a clumsy name. While the RLX offered impressive tech and a decent drive, it seemed a strange proposition against a Mercedes E-Class or a BMW 5 Series or one of Lexus' sedans. Buyers seemed to agree; only about 1,000 were sold last year.

Interestingly, this means all of Acura's models will now be built in America, something you can't even say for some "American" car brands.