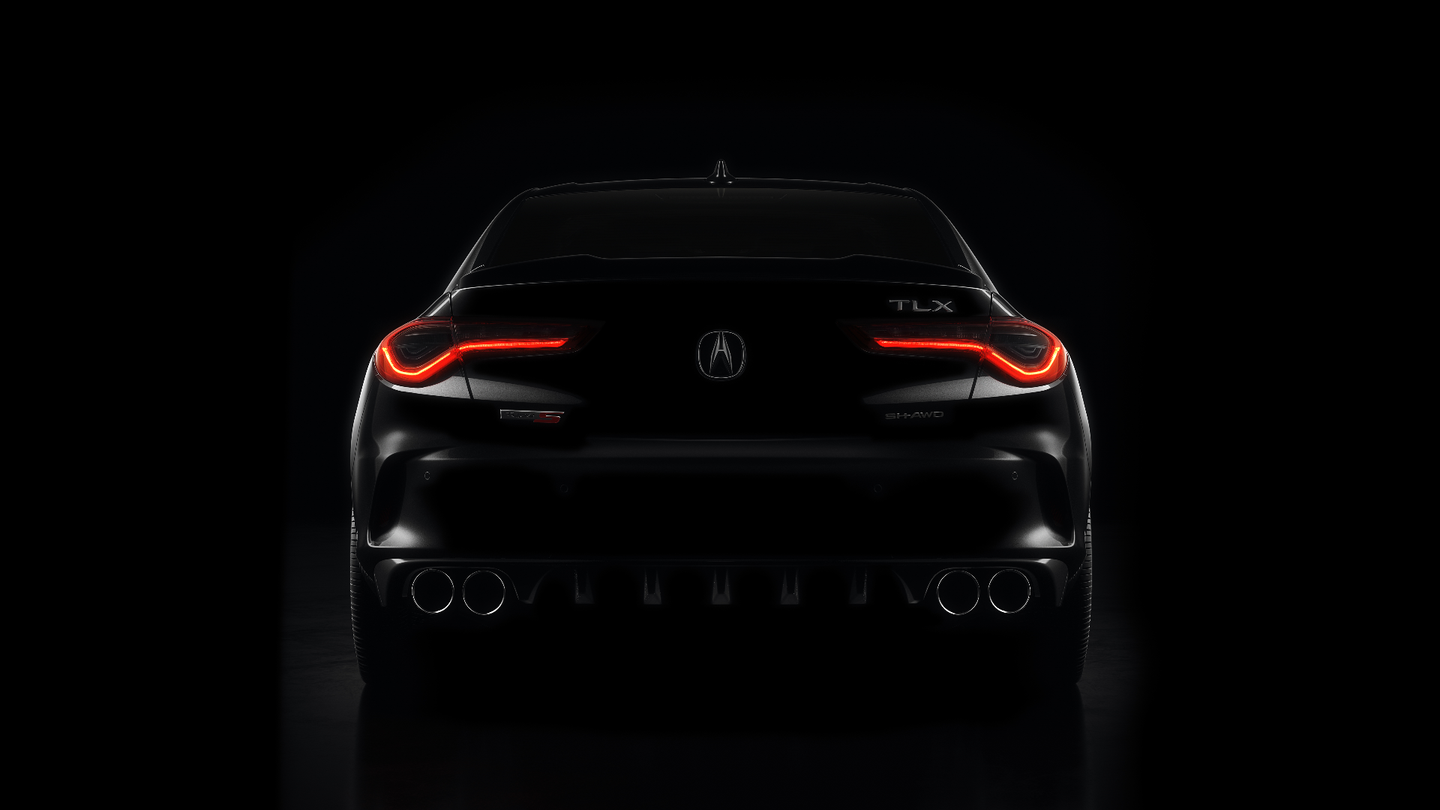 It's been rumored ever since Acura took the wraps off a stunning and extremely plausible concept in 2019, but straight from the automaker itself this time is news that the 2021 Acura TLX Type S high-performance sedan is very real and headed your way on May 28. Even better? A teaser image showing a shadowed rear that tracks pretty damn close to the concept, and confirmation of the car's new 3.0-liter turbo V6 engine.

Take a look at the picture below; it's been lightened in Photoshop to tease out a little more detail. Right underneath it is a shot of the Type S concept, which was revealed at Monterey Car Week in August 2019 as a promise that Acura would be returning to the more low, wide, elegant designs that made it an icon in the early 1990s. You can see the production car retains much of the overall outline, the taillight design and the quad exhaust surrounding a prominent diffuser.

The output of the TLX Type S' new turbocharged powerplant is said to be well above the 290 hp made by the current 3.5-liter, naturally-aspirated V6s. Car and Driver previously reported that it would also swap the front strut suspension setup with a superior control arm getup, and come equipped with a 10-speed automatic.

Obviously tamer versions of the 2021 Acura TLX will come as well; this will be the sedan's second generation since it launched in 2014. We'll find out more when the official release drops next week.