The new MDX is aiming for sport-sedan handling while offering a removable middle-row seat and CabinTalk. 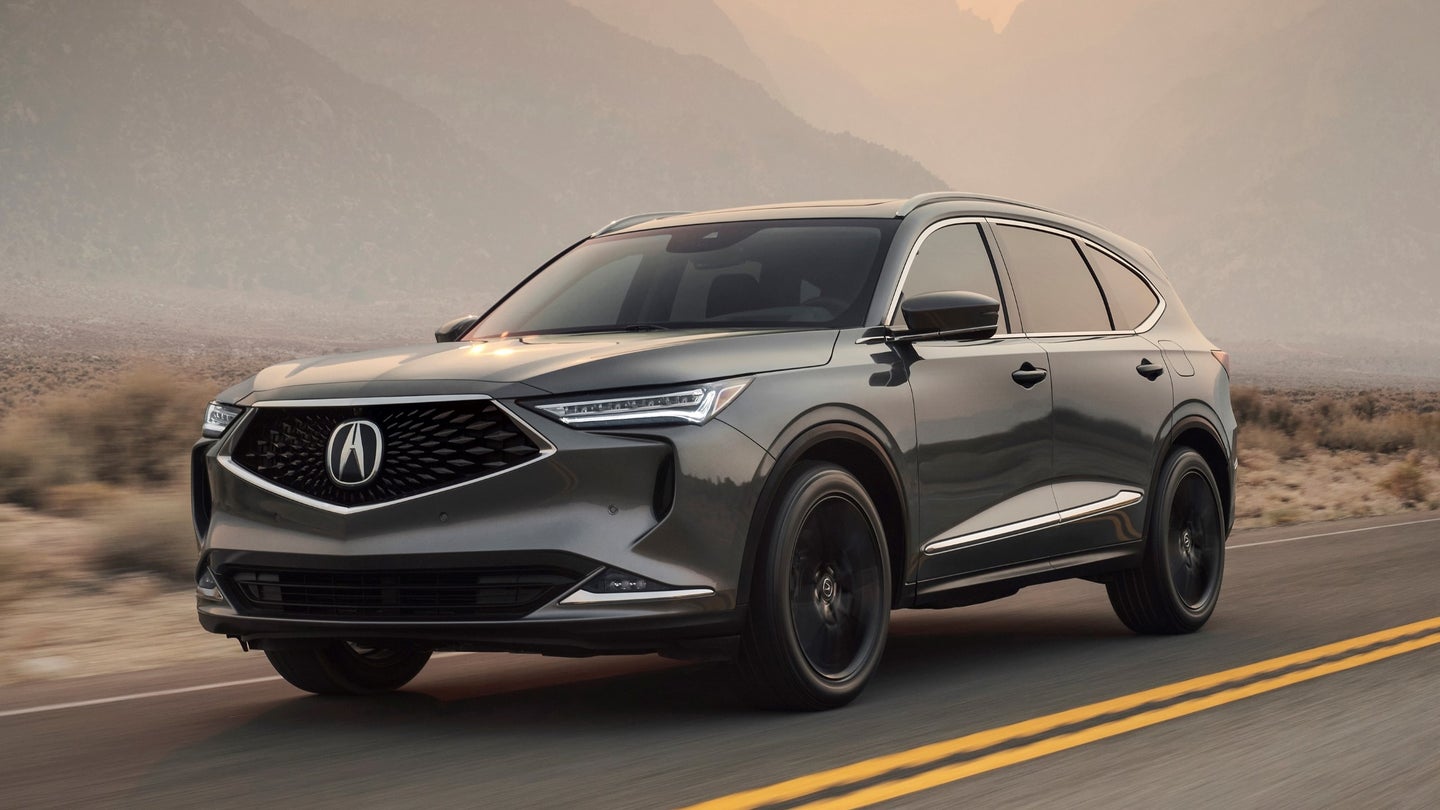 The 2022 Acura MDX is here and, as we all expected, it looks pretty much just like the Prototype revealed back in October. Much like its TLX stablemate, this fourth-generation MDX is wider and longer than the car it replaces, with most of that length consisting of hood rather than greenhouse for a more athletic appearance.

Acura says, however, that its new SUV will go beyond just looking sporty. Created with the goal of driving like a sport sedan, this SUV's new platform is more rigid and, for the first time in an MDX, is attached to a double-wishbone suspension in the front for more capable and precise handling without sacrificing ride comfort. Also new is a belt-driven, variable-ratio power steering system that's apparently quicker and makes the car more agile than before.

The front brakes are 30mm bigger, 2mm thicker, don't fade as early, and are paired to a new brake booster. Standard wheels have grown to 19 inches (up from the last generation's 18s) while 20-inch rims can also be had and come with special resonators inside to reduce road noise. 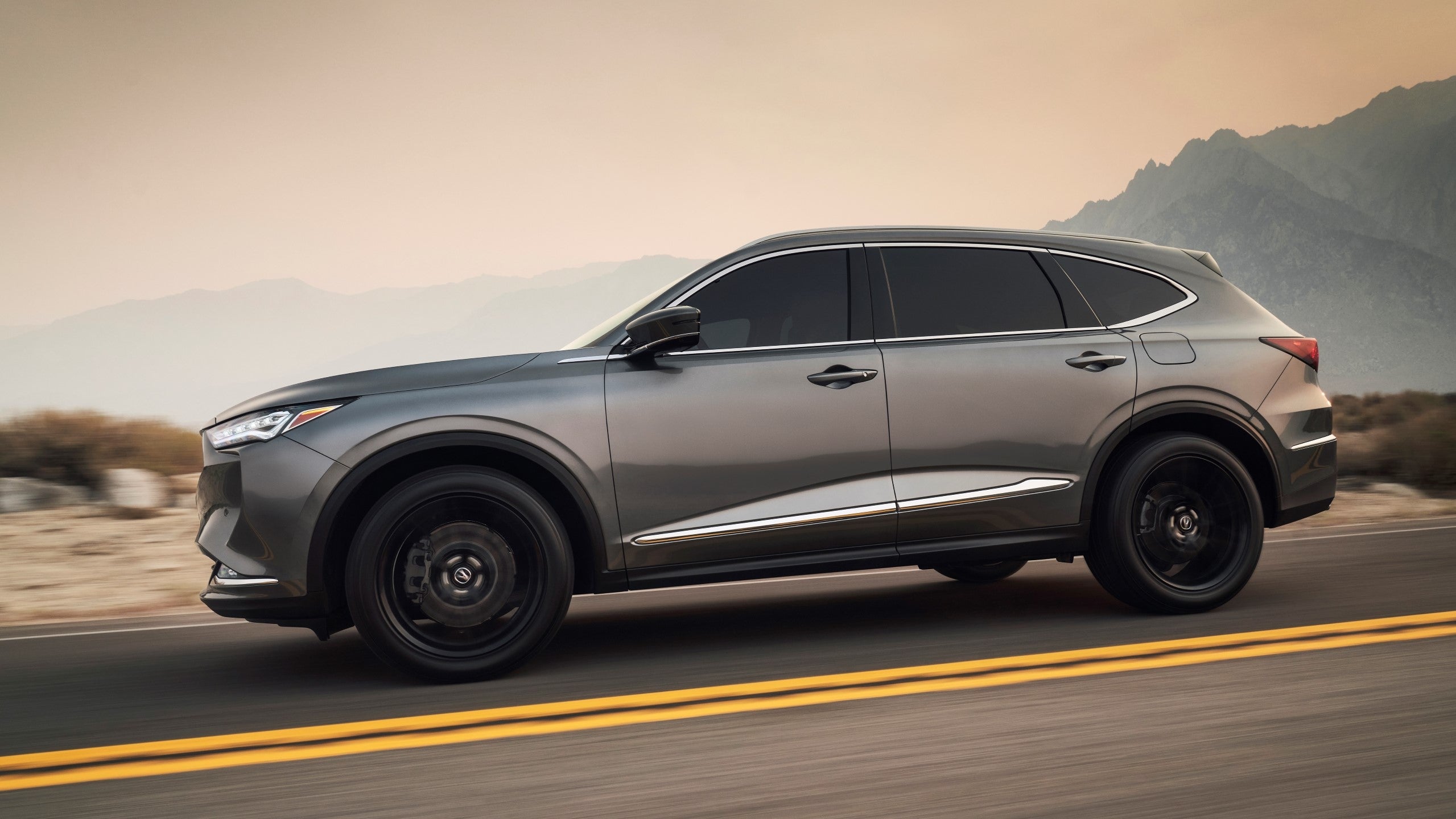 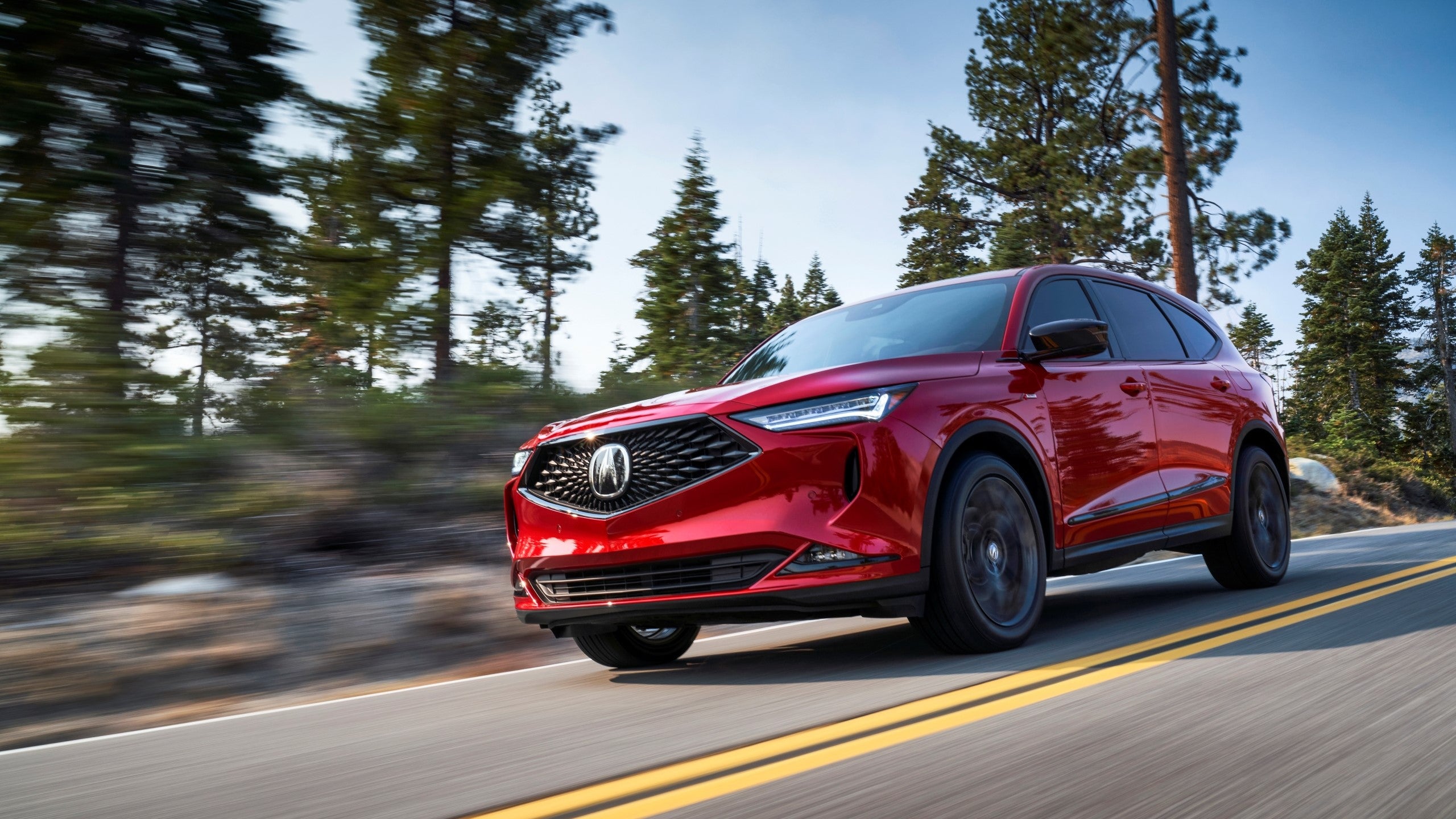 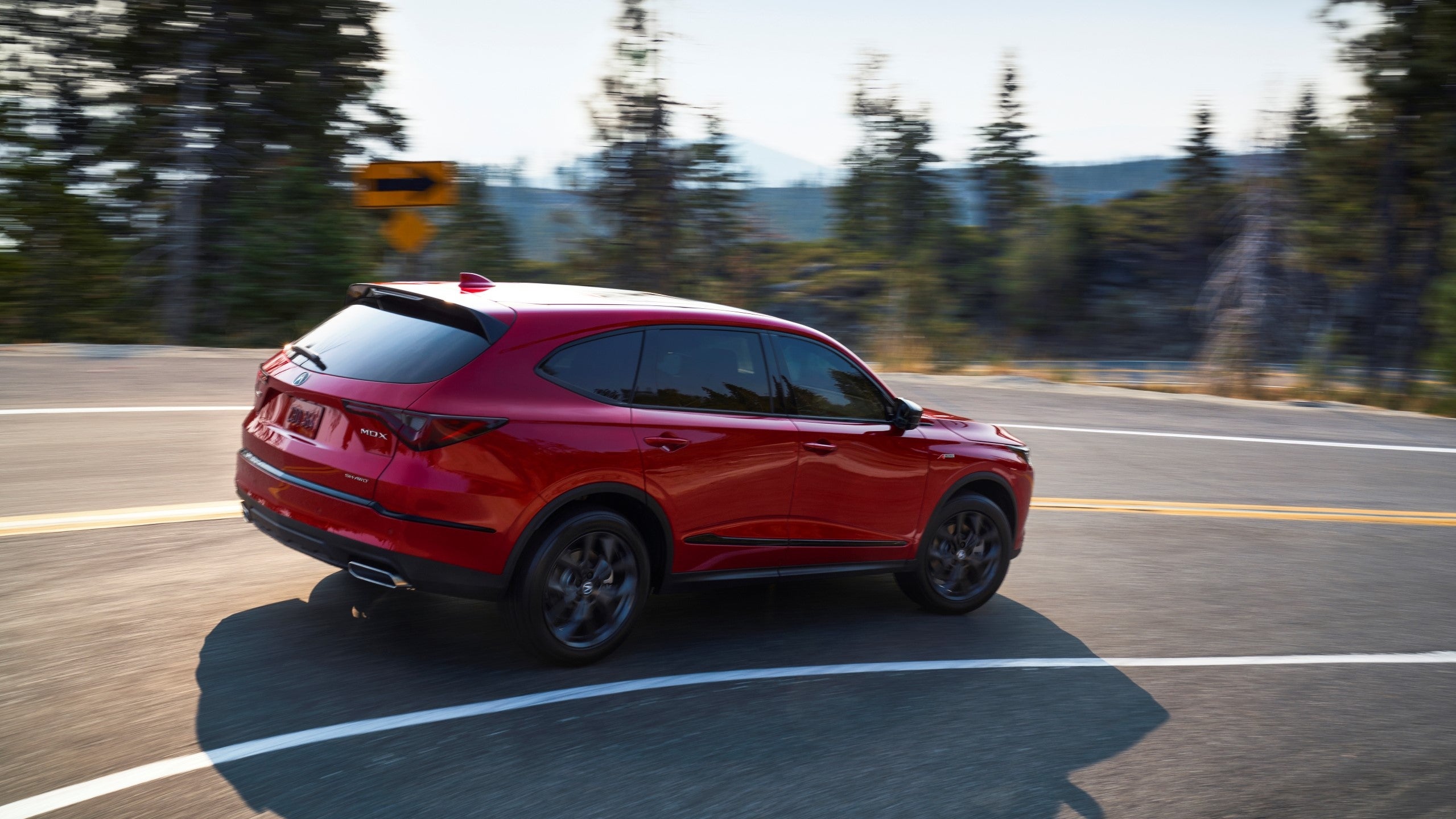 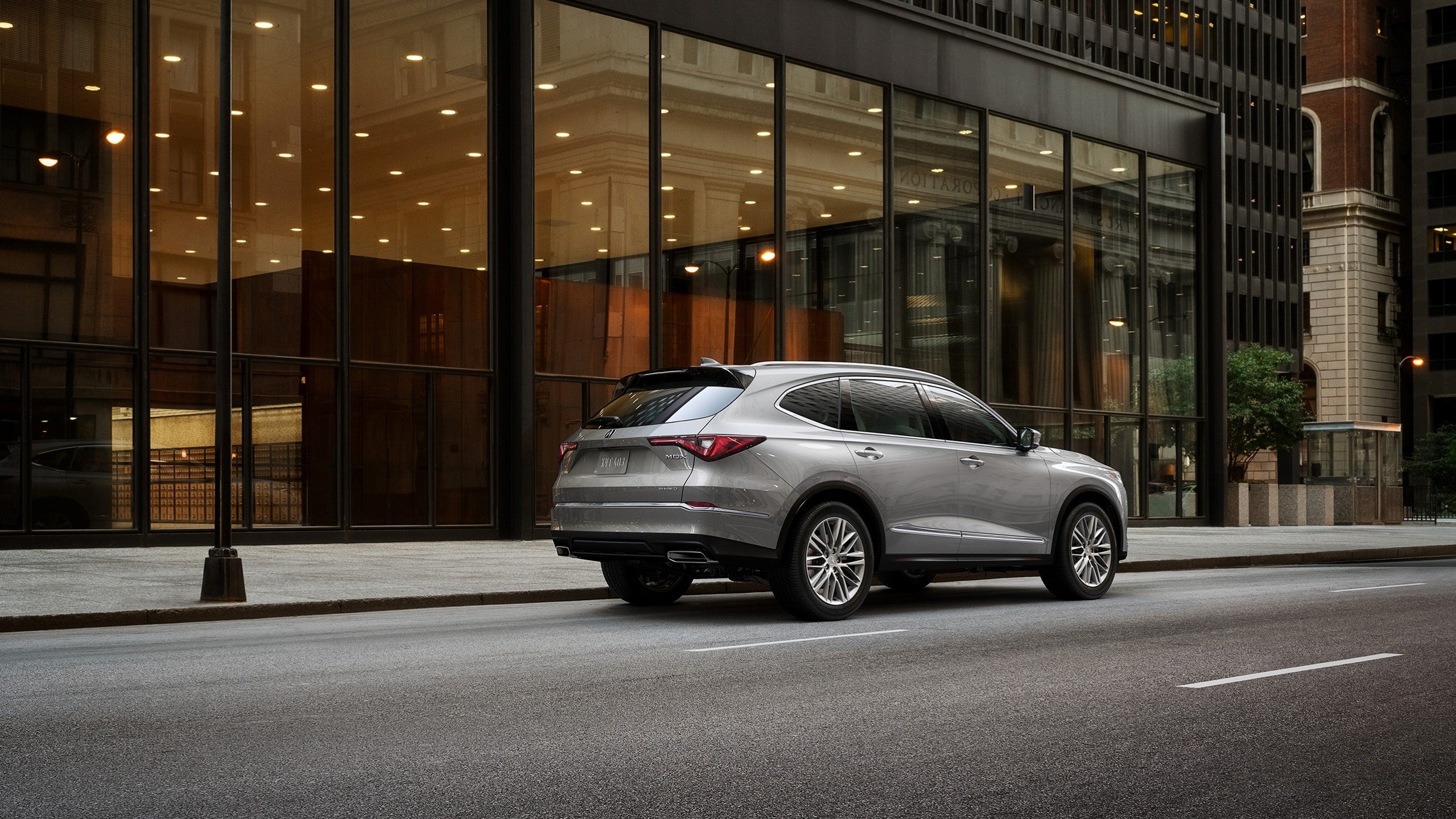 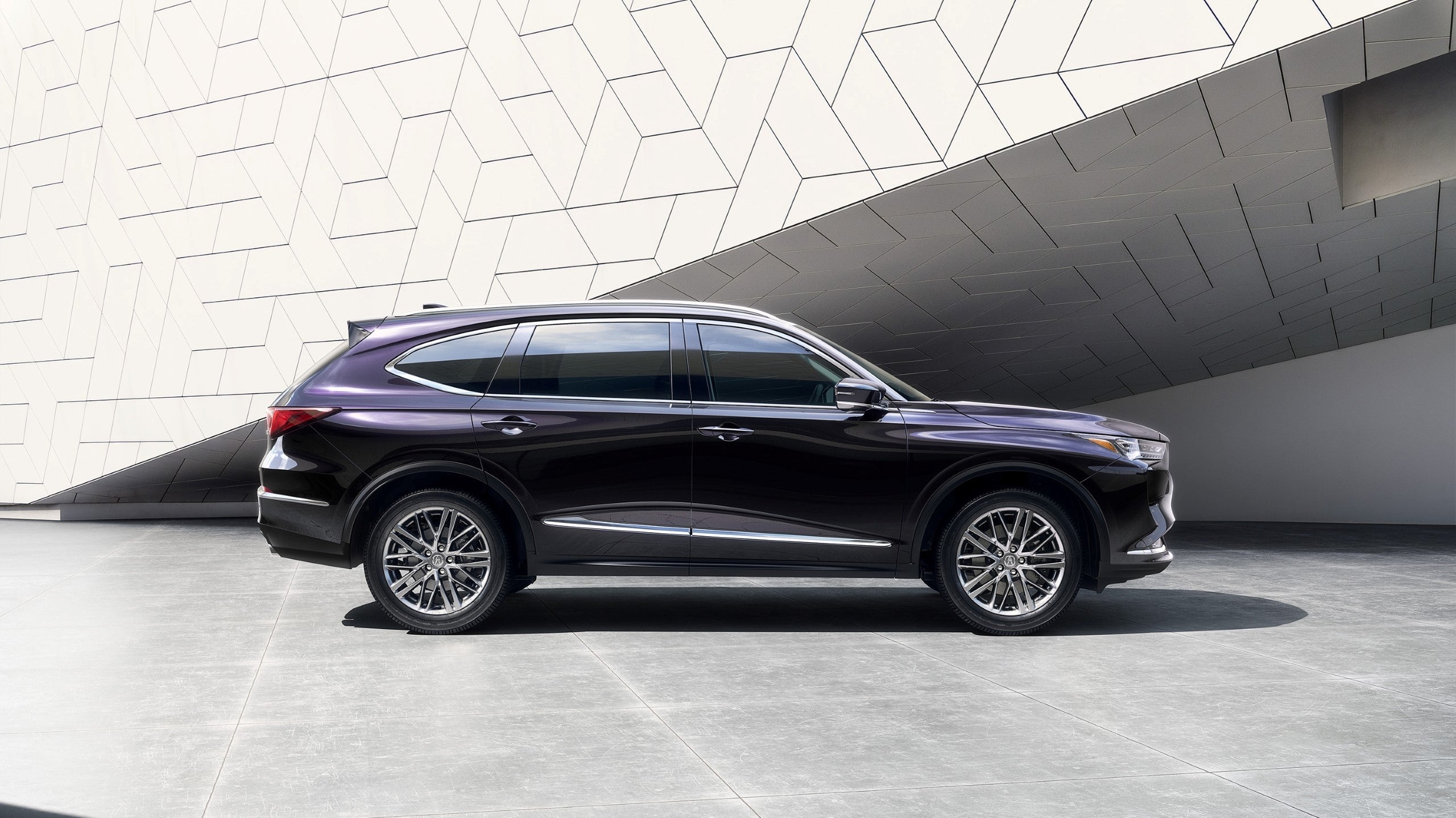 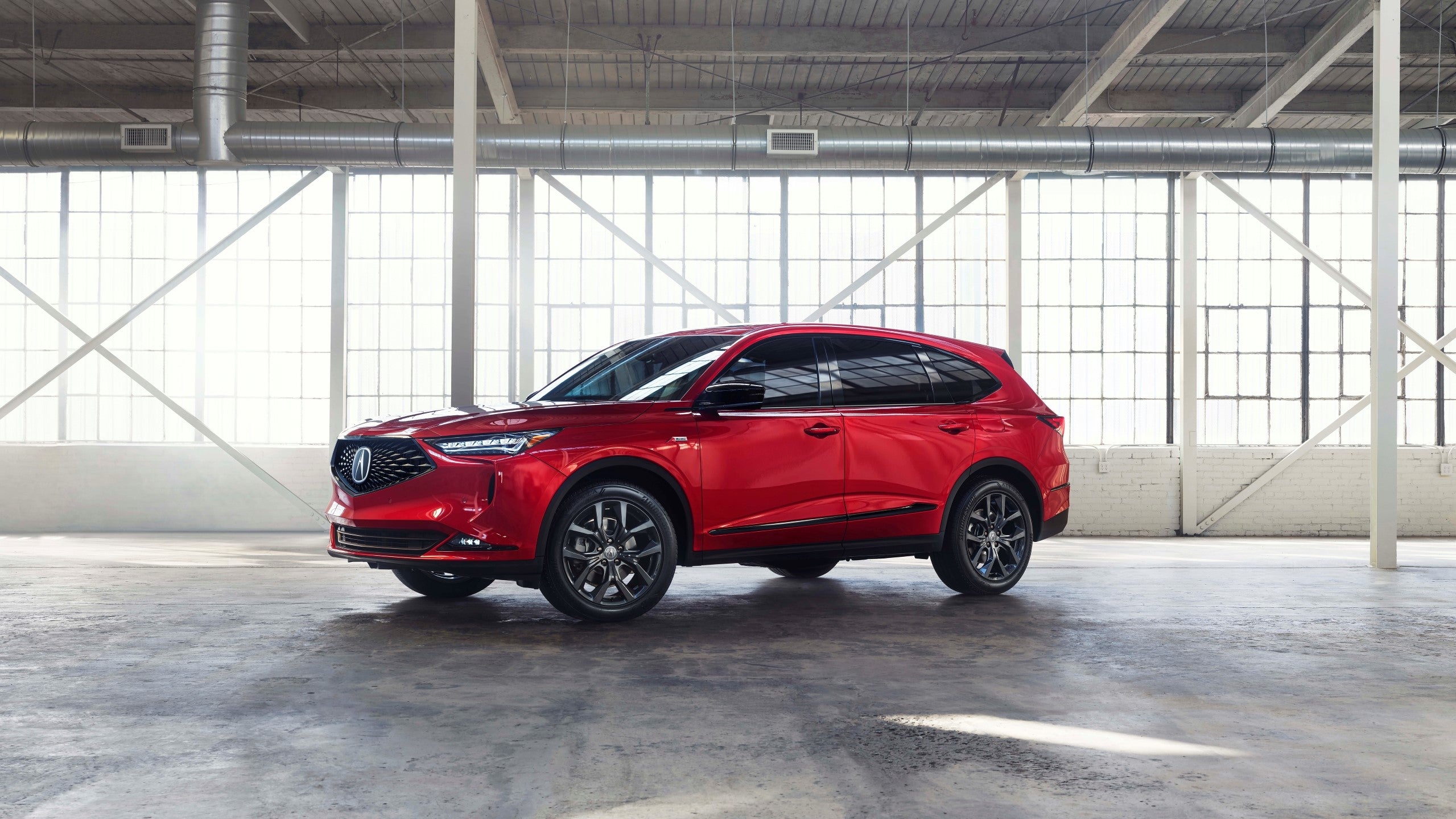 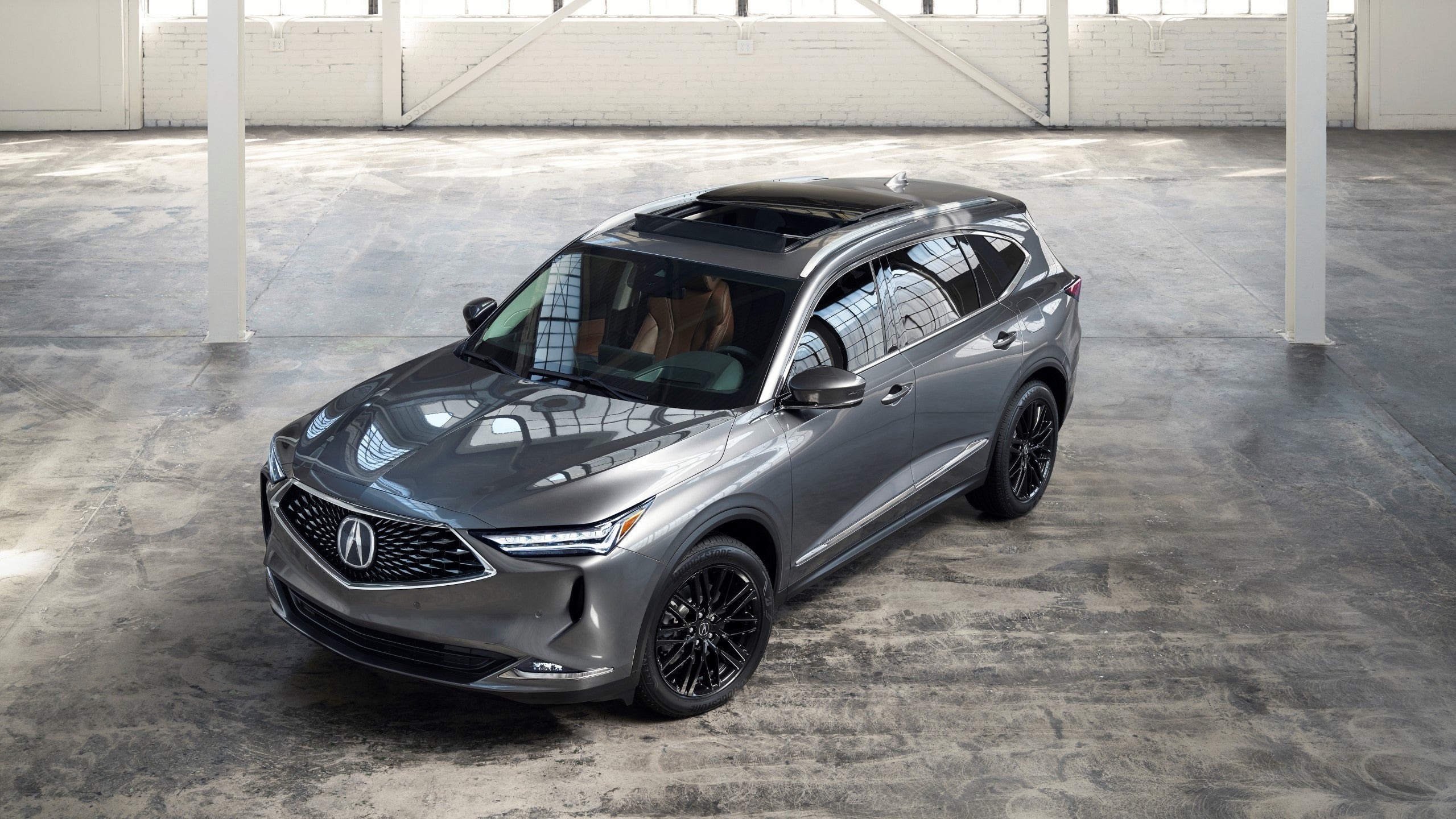 Inside, occupants are greeted with a more spacious place to sit throughout all three rows, with a swanky new dash design reminiscent of the redesigned TLX and RDX, and a 12.3-inch infotainment screen controlled by Acura's "absolute positioning" touchpad. Keep your USB cables at home because wireless Apple CarPlay, wireless Android Auto, and wireless charging are all standard. Unlike the TLX, which still uses analog clocks for speed and rpm monitoring, the MDX's instruments are entirely digital, using a screen that's also 12.3 inches big.

Taking inspiration from the Honda Odyssey minivan, the seven-seat 2022 MDX's second row features a removable middle seat which can either function as a seat, be folded down and act as an armrest/cupholder for the two adjacent captain's chairs, or be removed entirely for easy access to the third row. Another minivan thing that's made it onto this SUV is available CabinTalk, which makes the voices of those in the front row louder for any passengers in the back who might need a lesson or two in active listening and respect for their elders. 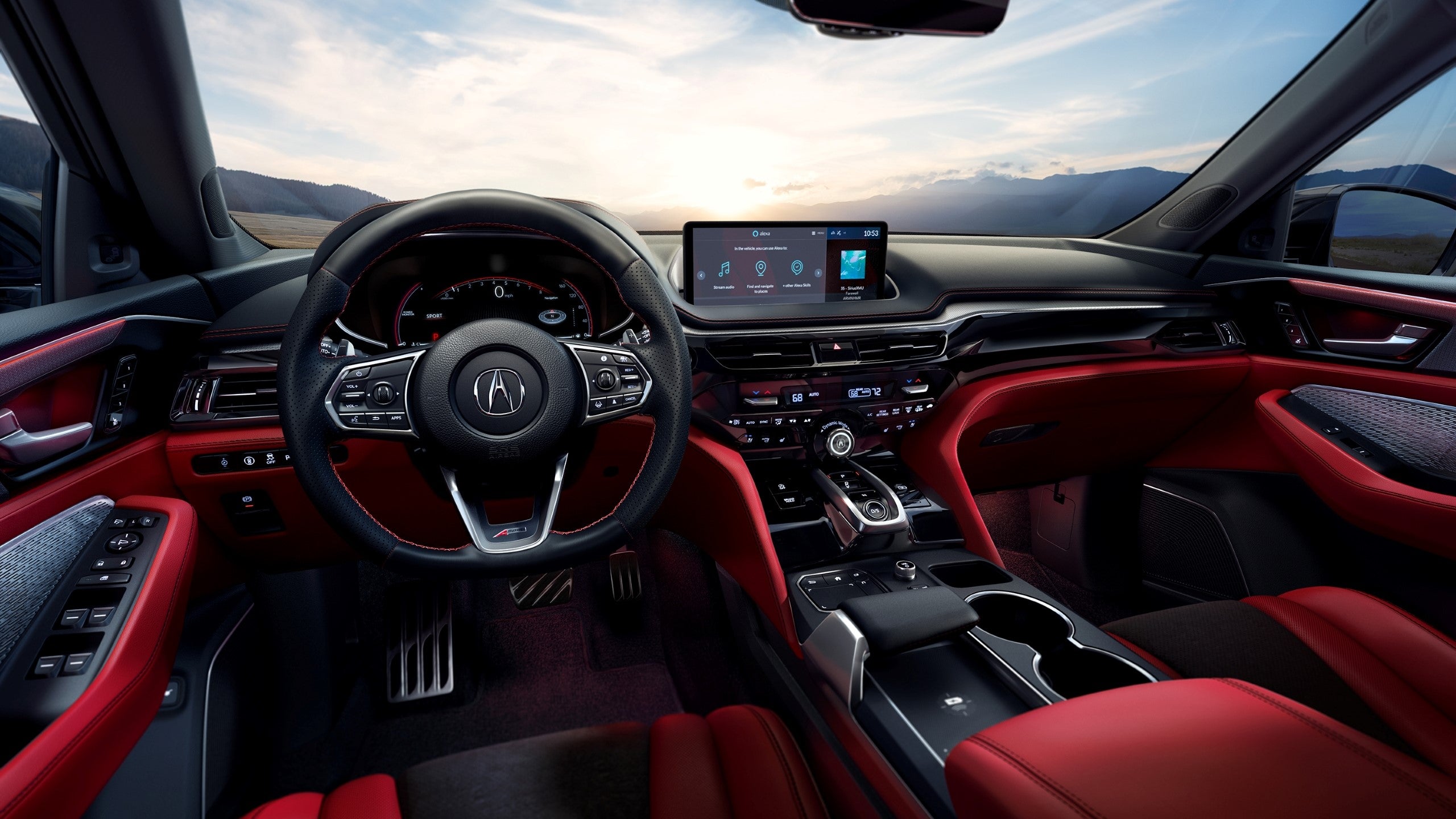 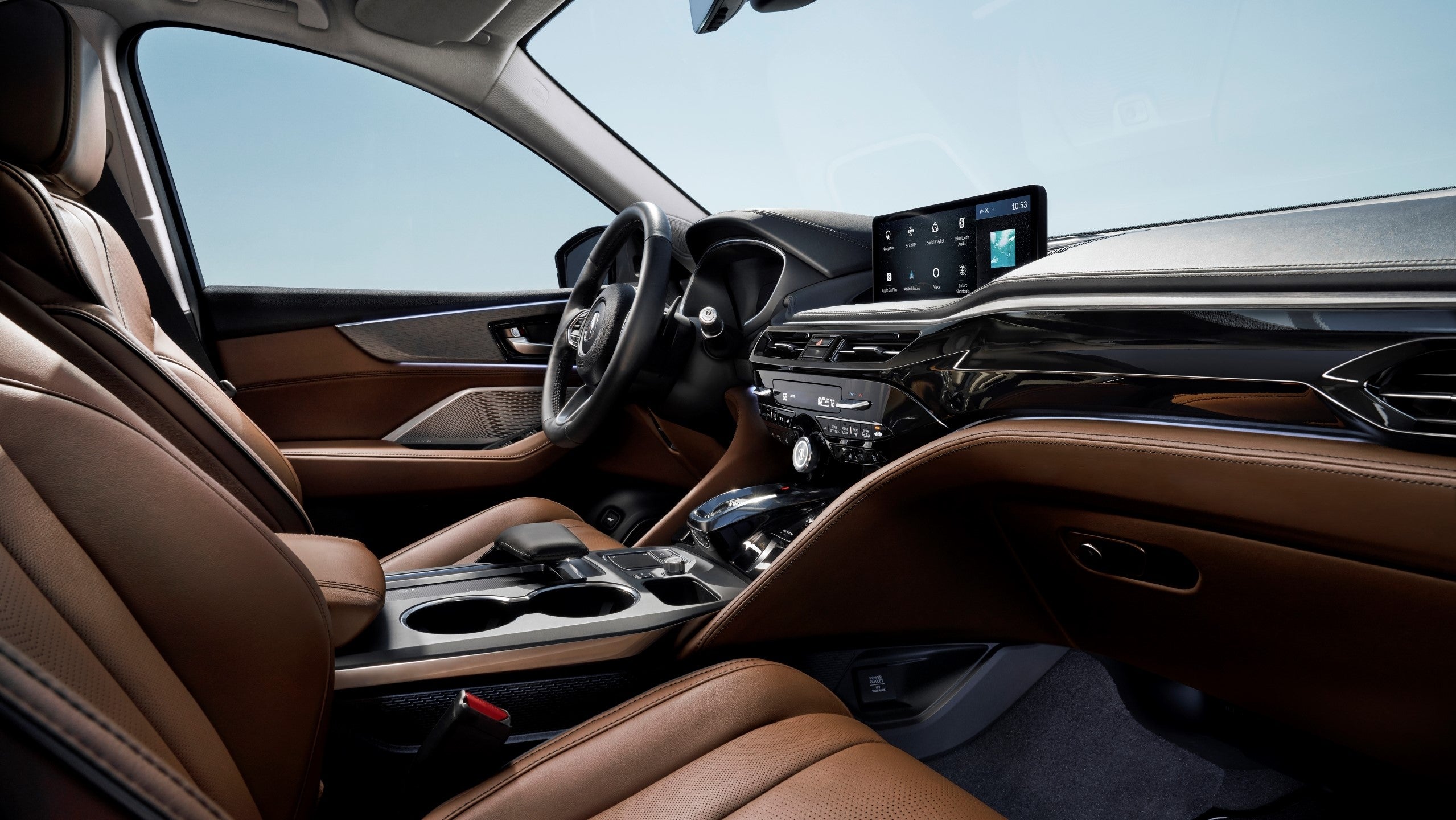 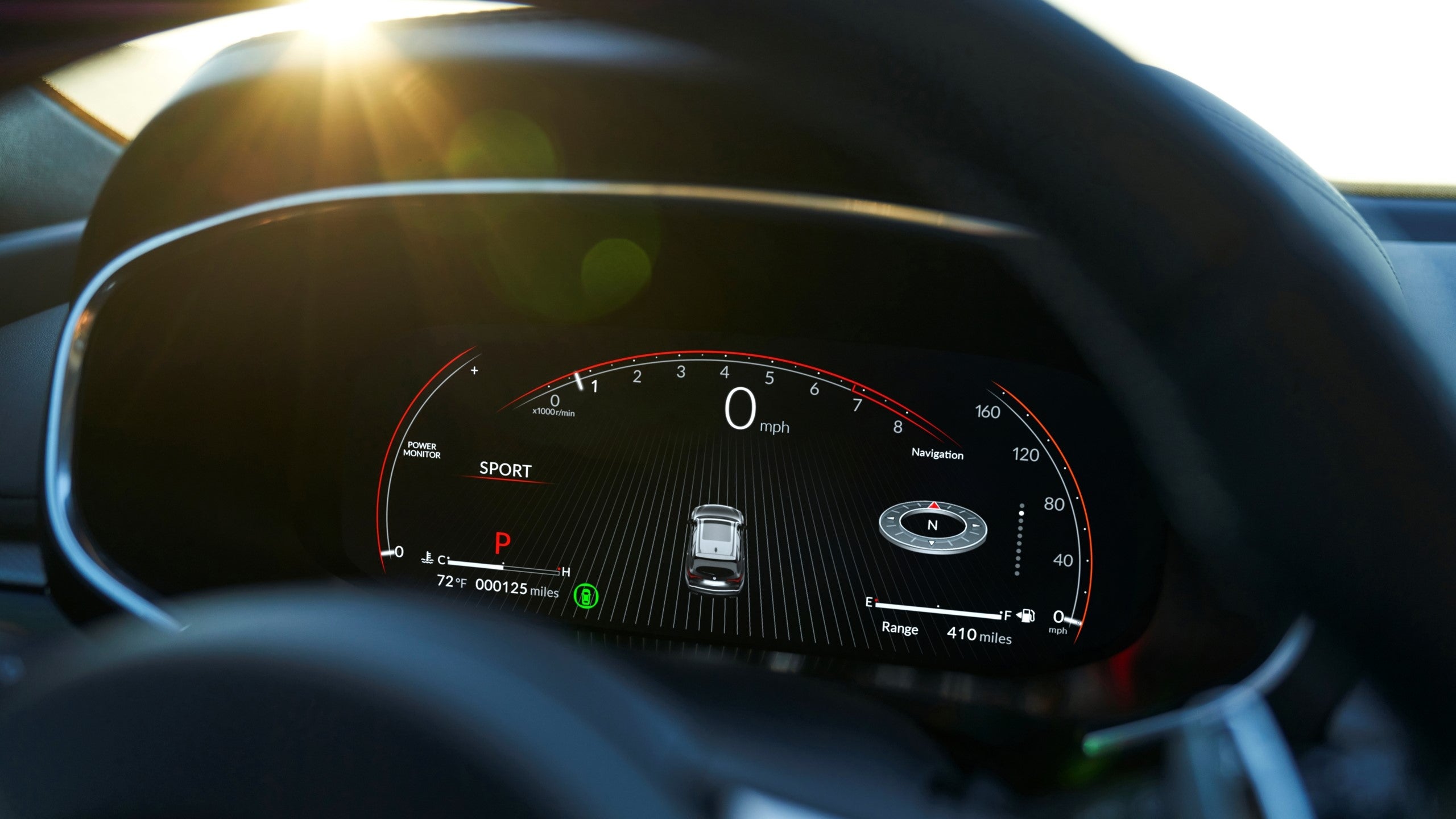 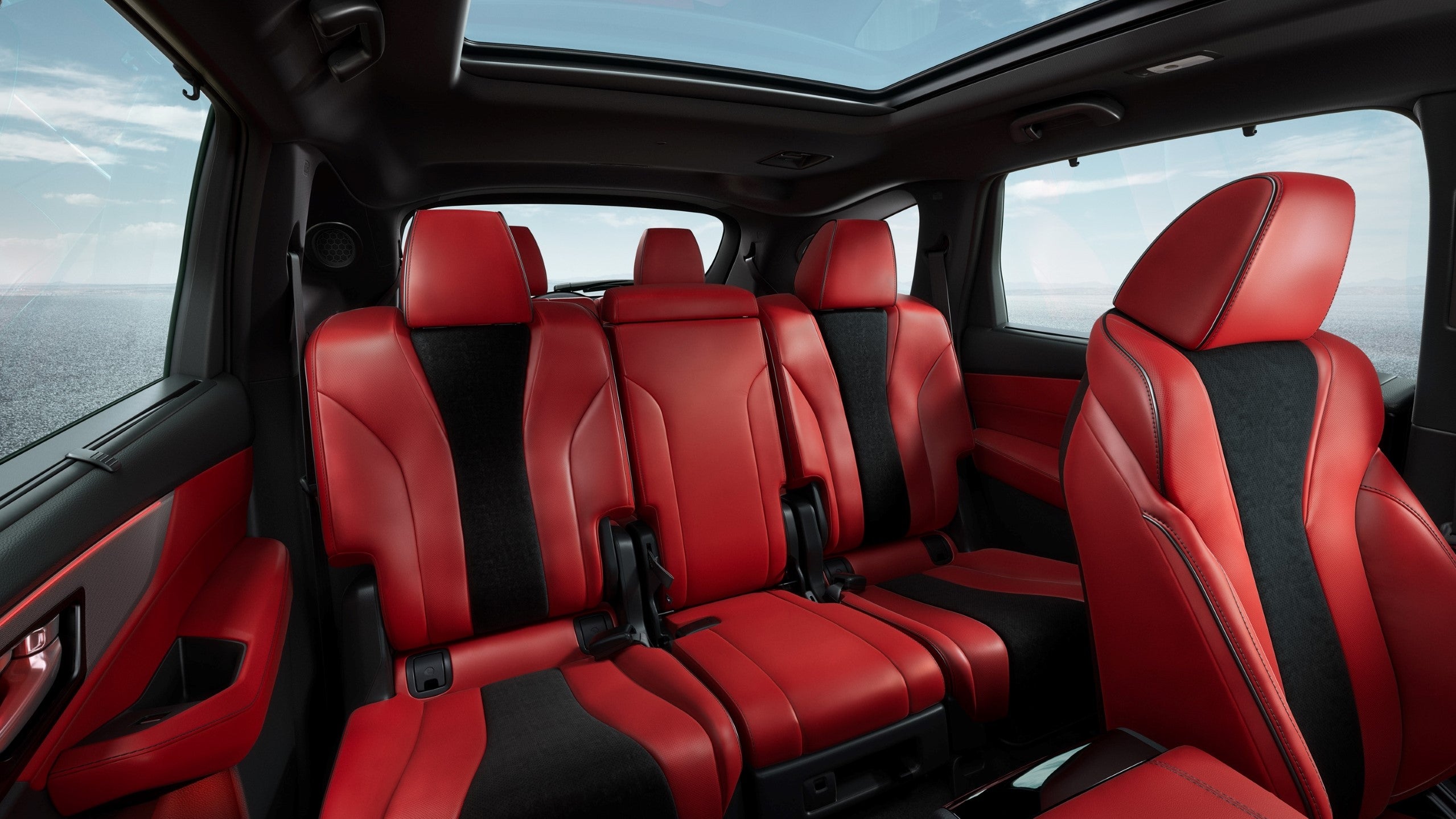 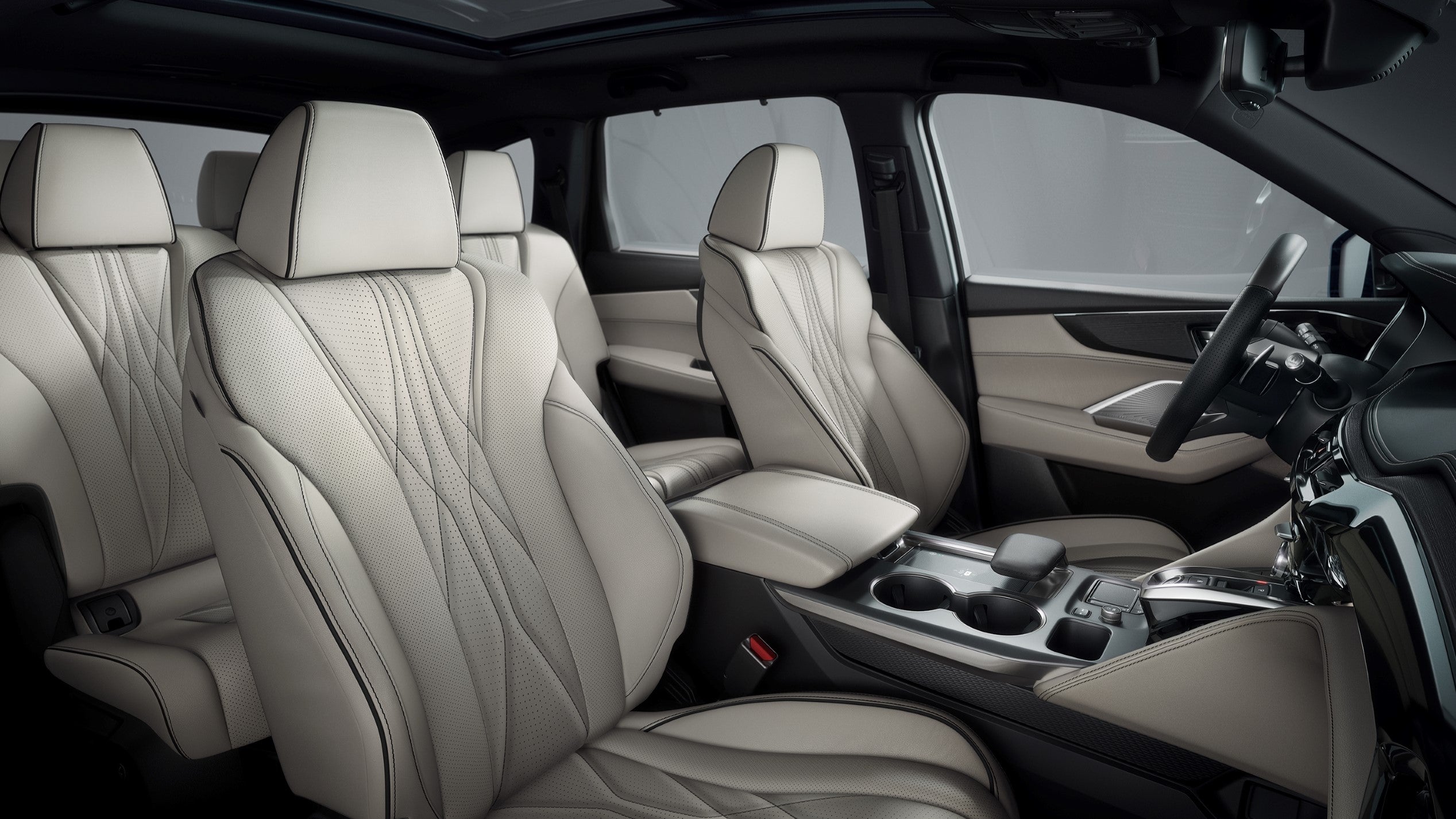 Notable standard interior equipment include heated and memory front seats, a panoramic moonroof, and the same "next-gen" front passenger airbag that debuted on the TLX and can be likened to a baseball catcher's mitt.

Under the hood is a 3.5-liter V6 making 290 horsepower and 267 pound-feet of torque—identical figures to last year's model. This time, however, that engine's paired to a 10-speed automatic transmission. The company's fourth-generation of Super Handling All-Wheel Drive is available and can send up to 70 percent of the torque to the rear, with 100 percent of that torque able to be shuffled between the left and right rear wheels. New active shutter grilles open when additional cooling is needed and close when the situation calls for less drag. 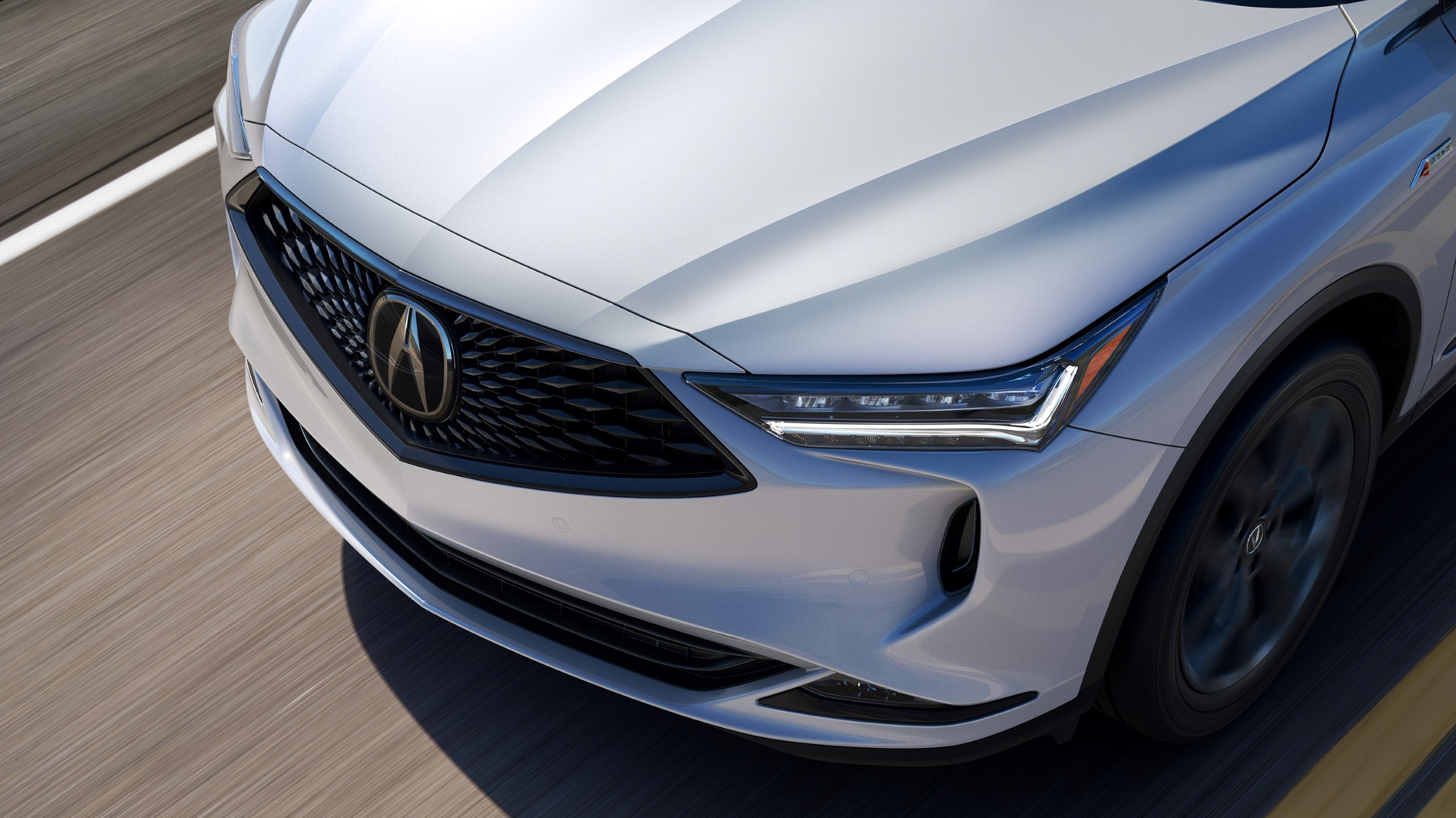 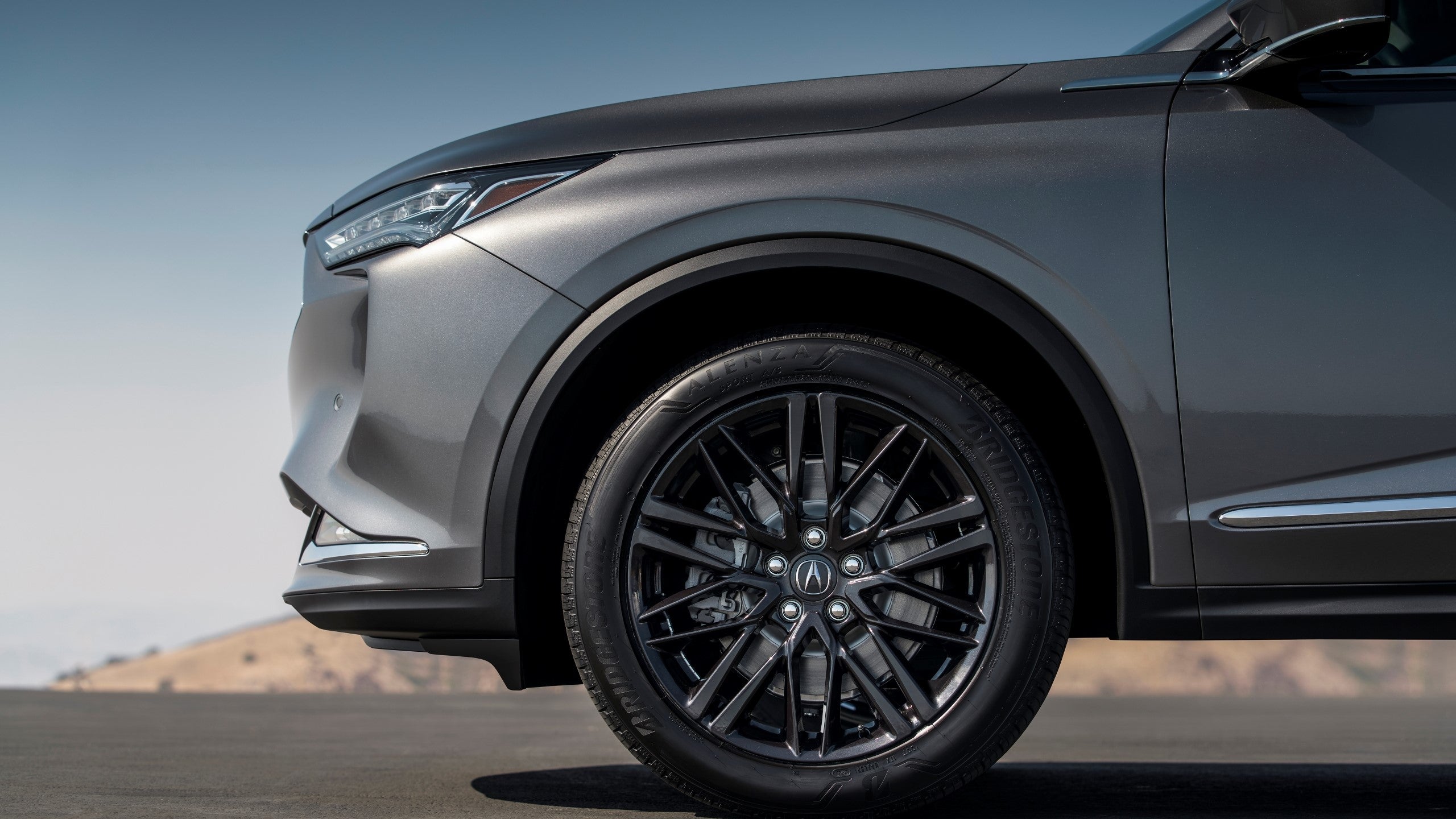 Those looking for more from their MDX will want to wait for the imminent Type S version, which will pack the automaker's new 3.0-liter turbocharged V6 good for 355 hp and 354 lb-ft., SH-AWD, 21-inch wheels, Brembo front brake calipers, nine-mode massaging front seats, and the most advanced and powerful ELS Studio 3D audio system ever fitted to an Acura.