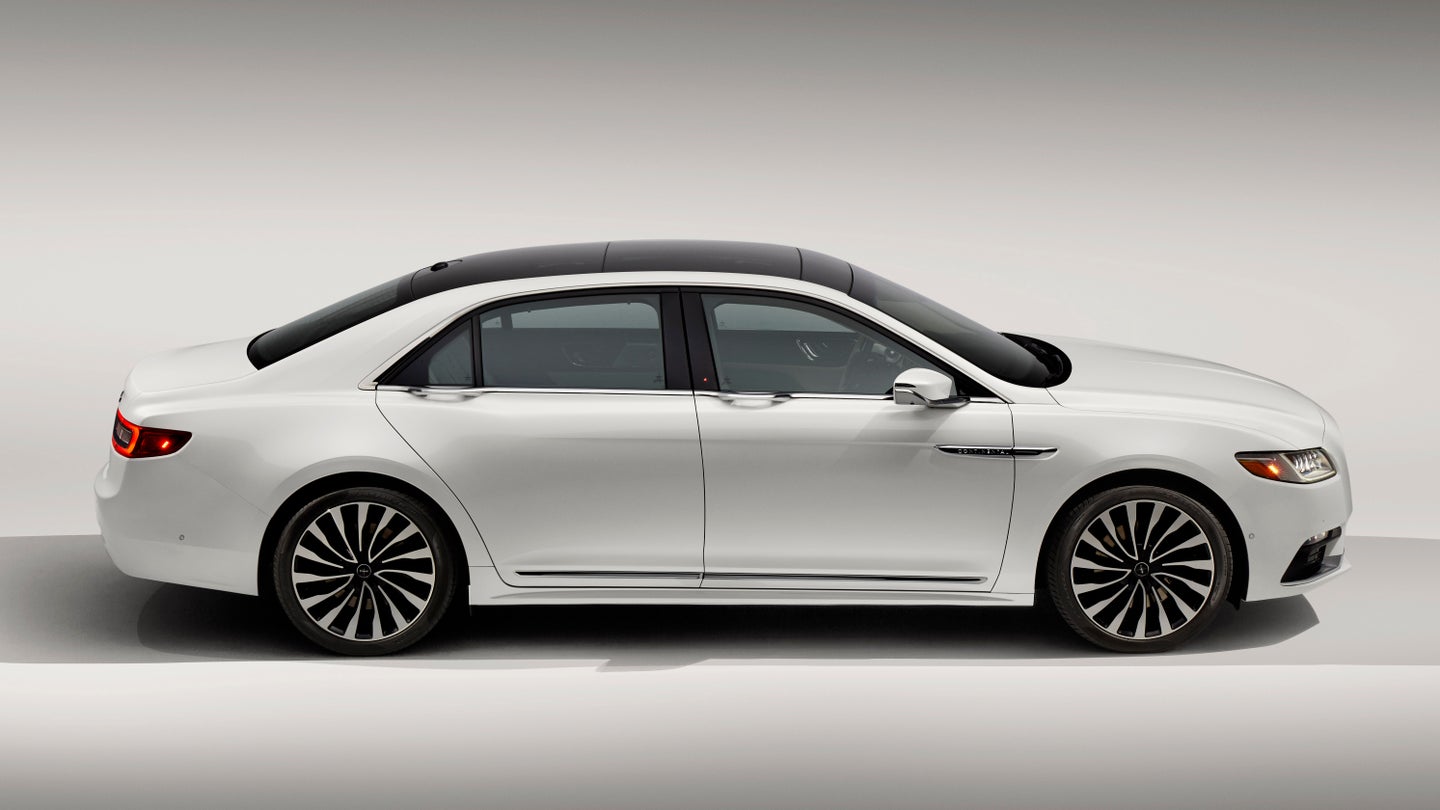 Rumors of the Lincoln Continental's demise may have been greatly exaggerated. Despite slow sales, Lincoln's announcement at this year's National Automobile Dealers Association Show in Las Vegas proves it is committed to the esteemed full-size luxury car. The American automaker will soon reintroduce rear-hinged doors on the Continental—something it has not had in nearly 50 years.

First brought about on the 1961 Continental, the unconventional doors were borrowed from the 1951 Lincoln Cosmopolitan. The flashy feature was discontinued following the introduction of the fifth generation Continental in 1970. Although these doors have not been seen on a production model Lincoln since then, the luxury carmaker had teased their return on the 2002 Lincoln Continental and 2009 Lincoln C concept cars. Today, suicide doors are a signature look of Rolls-Royce and can be found on several models of the British coachbuilder's lineup.

Lincoln's news comes at a time when it is struggling to sell the Continental. Although the four-door sedan received glowing reviews, sales of the car, which starts at $45,160, have slumped. In 2016, 5,216 units were sold while 12,012 units were sold last year. According to Automotive News, "Continental sales have fallen 30 percent through the first two months of this year from the year-earlier period."

Still, the Continental is earning its keep. Dealers have reported that the halo car effect is working. Buyers are walking into dealerships with the expectation of driving away in the Continental. Instead, they are taking the keys to something more wallet-friendly such as the MKZ which starts at $35,605. Too bad the MKZ won't have suicide doors.

Lincoln May Already Be Axing the Continental Due to Slow Sales