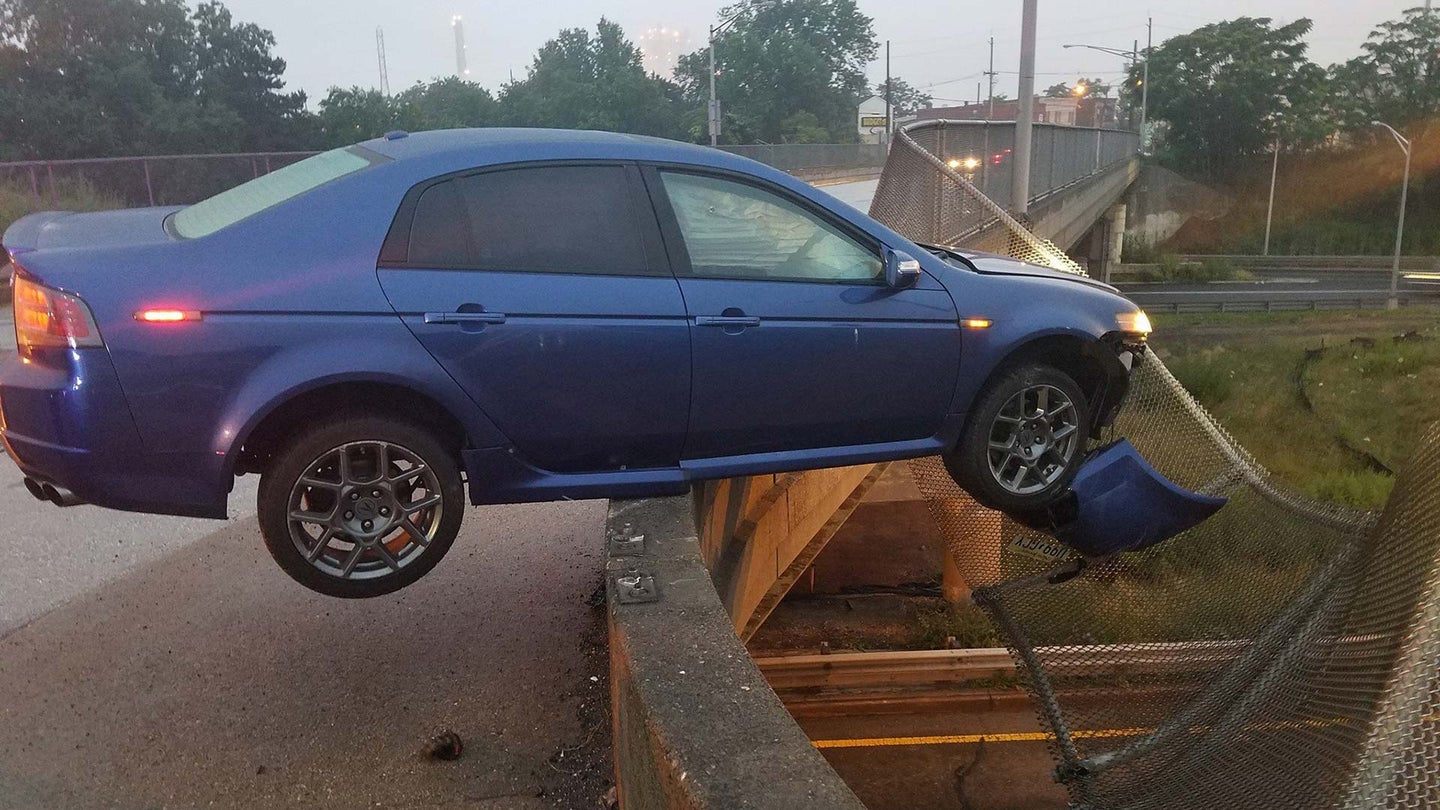 One driver in an Acura TL Type-S in New Jersey had an extremely close call when his car landed on top of a highway barrier and managed to balance itself over a ledge Saturday.

Miguel Vargas, 34, was allegedly driving the Acura when the incident occurred, according to NJ.com. Authorities said Vargas and a passenger exited the car without issue and fled the scene following the crash.

Vargas was later found by police and charged with failure to report an accident, leaving the scene of an accident, and careless driving, according to NJ.com.

The exact cause of the accident is unclear, but as you can see, the driver of this Acura TL Type-S was just a sneeze away from serious injury or death. From the positioning of the car and wet road conditions, it wouldn't be ridiculous to think the driver lost control and hit the curb fast enough to hop up onto the wall. Fortunately the fence caught the car enough to prevent a direct plunge to I-278.

Have you ever had a close call like this? If so, tell your story in the comments below