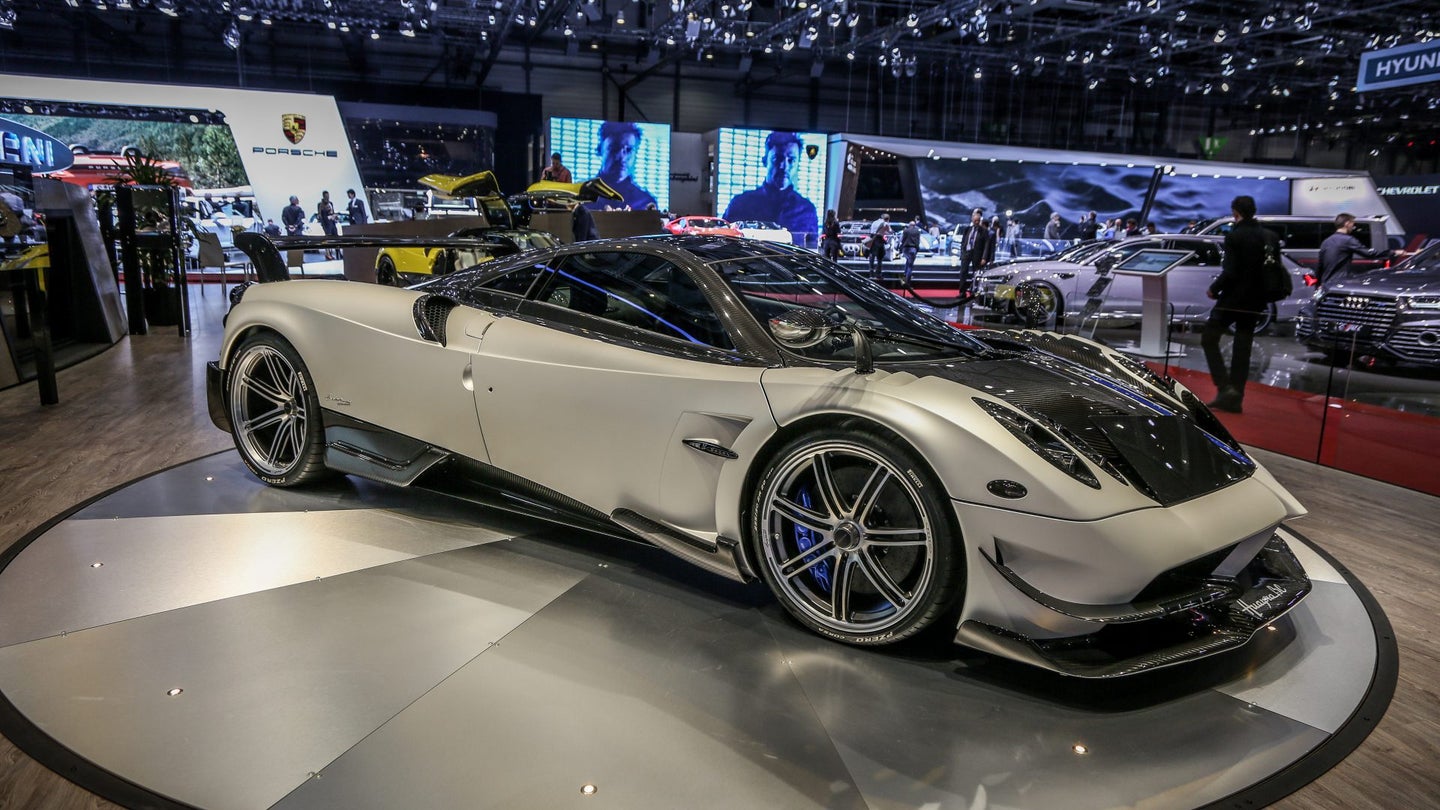 It's been a busy couple of days for Italian supercar software technicians, it seems.

Shortly after Ferrari issued a recall on the 488 regarding a brake wear-monitoring bug, Pagani is recalling all Huayra BCs and Roadsters ever sold in America due to possible battery management software failure. Yes, it's recalling all of them. In other words, the total number of Huayras being recalled: 16. One six. That's not a typo from 160 or even a poorly transcribed 60.

Exactly sixteen Paganis are being recalled. Look, if you wanted useable, everyday consumer journalism, this is the site you're looking for.

As for what exactly all those Italian hypercars are being corrected for, the National Highway Traffic Safety Administration document says that the 12-volt battery is at risk of "failing to provide enough power to the car" due to a battery management software defect. As a result, the Huayra's 6.0-liter V12 could refuse to start or unexpectedly stop while idling. Not a good look prowling the streets of Monaco.

According to Pagani, no injuries or deaths have been reported as a consequence of this. From the NHTSA filing, the defect came to the automaker's attention after three different batteries failed during testing.

The Pagani Huayra BC is powered by a Mercedes-AMG-sourced, twin-turbo V12 producing 789 horsepower and 811 pound-feet of torque. Founded by former Lamborghini employee Horacio Pagani, the boutique carmaker has been a small but not insignificant thorn in the sides of Lambo and Ferrari since the Zonda (and its many, many special editions) arrived in 1999.