Volkswagen Replaces the CEO Who Saved the Company

The company is restructuring to plan for a future in electromobility. 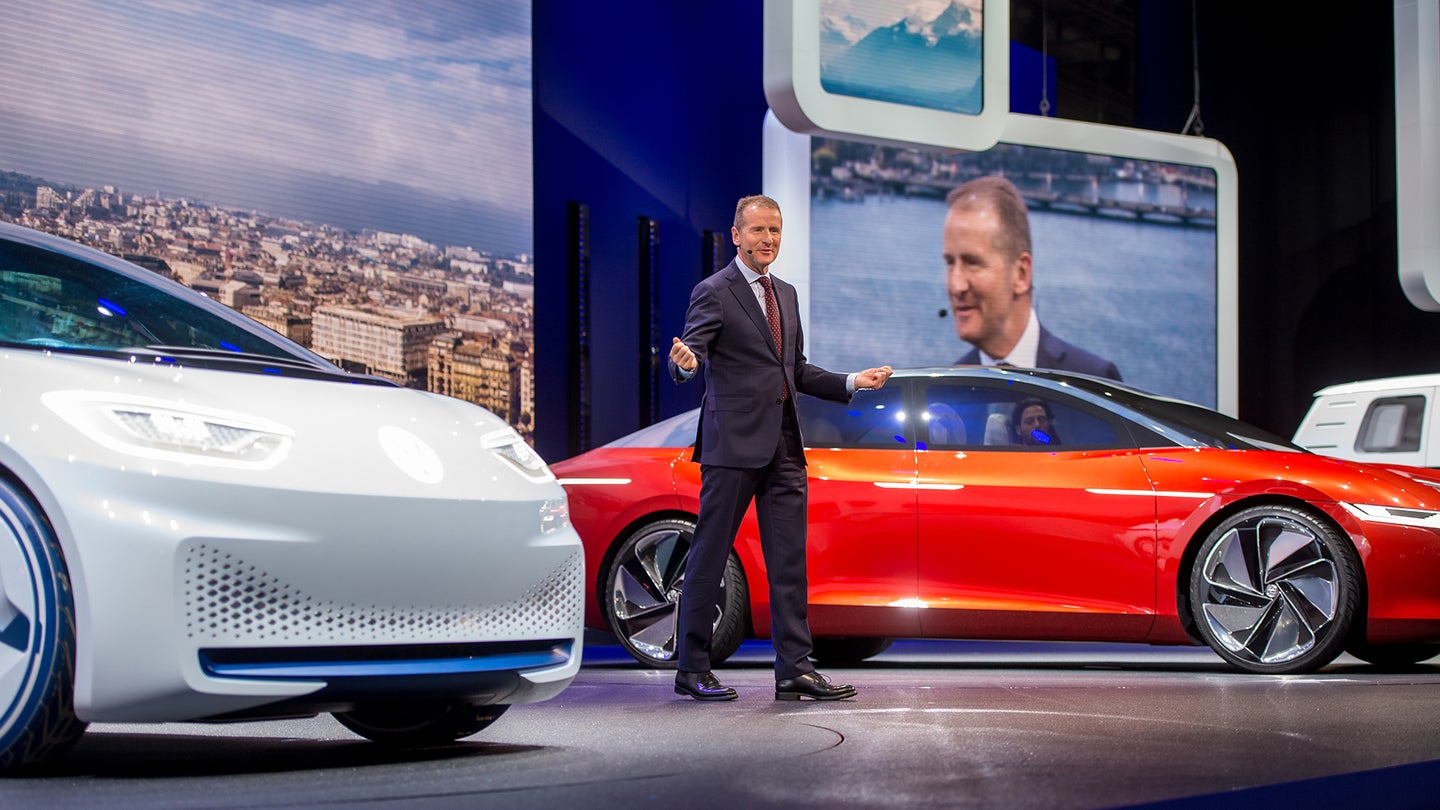 After Martin Winterkorn resigned as CEO of Volkswagen during the early months of the company's most notorious Diselgate scandal, Porsche boss Matthias Müller stepped up to the plate to bring the company back to its former glory. But, in less than three years time, Volkswagen has now removed Mueller from his rank and in turn, promoted Herbert Diess in his place.

In an expected decision, Volkswagen voted to replace Müller with Dr. Herbert Diess, former BMW management that Volkswagen acquired in 2015. Diess will not only function as CEO but also lead a new vehicle information technology division for the brand. Given Diess' extensive history with electric cars and automation, he became the logical choice for the automaker to implement as new CEO so that the company can shift towards electrification and modern mobility.

Müller has been VW's CEO for more than two years. He was plucked from being the head of Porsche to acting as company's savior in a time when the automaker faced the "greatest challenge in its history," according to Hans Dieter Pötsch, the brand's supervisory board chairman, adding, "Matthias Müller has done outstanding work for the Volkswagen Group."

One likely reason for the move is that Müller was able to turn the German carmaker around from its diesel emissions scandal in record time, meaning that his role as CEO had been meaningful and fulfilling. However, since the large problem that VW faced is now nullified, it's time to restructure and seek a better fit for the company's needs moving forward.

Diess has been working with electric cars for quite some time, and has long been the face of Volkswagen's movement towards electromobility. As the automaker shifts towards implementing electrification as one of its primary markets, the company will need a forward-thinking leader capable of providing insight on their goals. According to the board, Diess is that person who best fits that role.

Volkswagen is the largest automaker in the world by volume, and employs more than 642,000 people worldwide. Diess' responsibility will certainly be spread out across the brand, as he works with the company's restructure to best meet its needs.