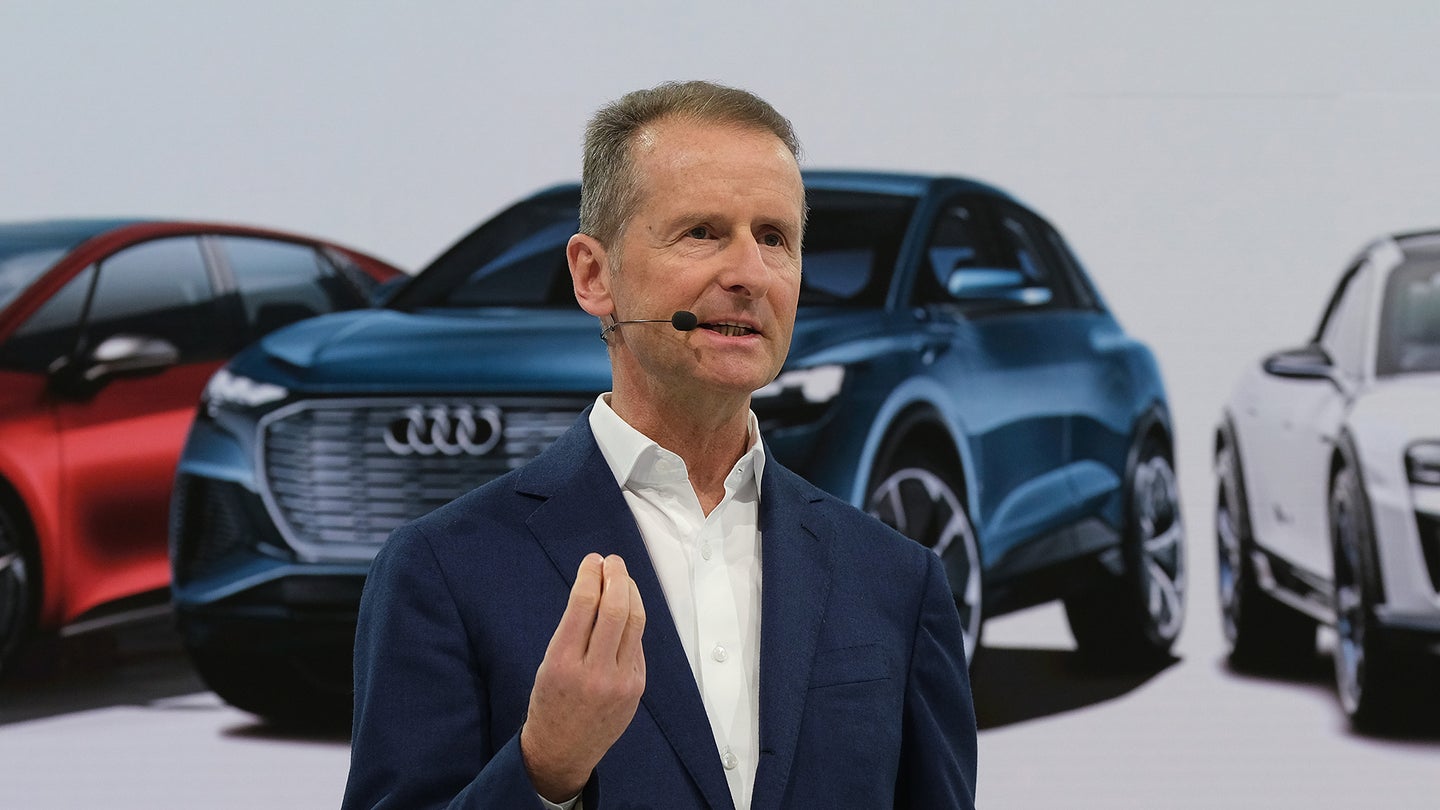 In speaking to hundreds of Volkswagen Group managers following the automaker's yearly earnings news conference, Diess repeatedly said "Ebit macht frei" as he discussed company finances. "Ebit" is an acronym that stands for "earnings before interest and taxes," so Diess was apparently trying to make a clumsy point about the importance of profits.

Unfortunately, the words he chose are a direct callback to "Arbeit Macht Frei," the totalitarian slogan used by the Nazi regime and emblazoned over the gates of several concentration camps during World War II. It's a well-known fact that Volkswagen traces its origins to the Third Reich; it enjoyed the strong support of Adolf Hitler, who received the first convertible VW Beetle (then known as the KdF-Wagen) as a 50th birthday present from Ferdinand Porsche in 1939. The company also used Jewish (and non-Jewish) slave labor to build transport vehicles for the German army during the war.

In general, Germany is culturally attuned to its role in ensuring its own history doesn't repeat itself, and you can see why VW is especially sensitive about any perceivable connection to the Nazis or the Holocaust. German outlet Der Spiegel reports that a number of managers in attendance were "horrified" by the way Diess used the phrase over and over. Diess claims the historical echo was completely unintentional.

"I did not in any way intend for this comment to be set in a false context. I did not think of such a possibility at the time I said it," Diess wrote on his LinkedIn page. "It was a very unfortunate choice of words. If I unintentionally hurt feelings with it, I am extremely sorry."

Volkswagen Group posted a profit of over $13 billion dollars in 2018 despite heavy investments in electric vehicle technology and continued fines related to the Dieselgate emissions scandal, so this verbal faux pas isn't likely to endanger Diess' job in any way.

Volkswagen Is ‘100 Percent Investigating’ a New Pickup for the US

If VW builds a pickup for the US, don’t just expect a rebadged Ford Ranger.