Volkswagen Will Slash 7,000 Automatable Jobs and Hire Software Engineers Instead

The future is in the cloud, baby. 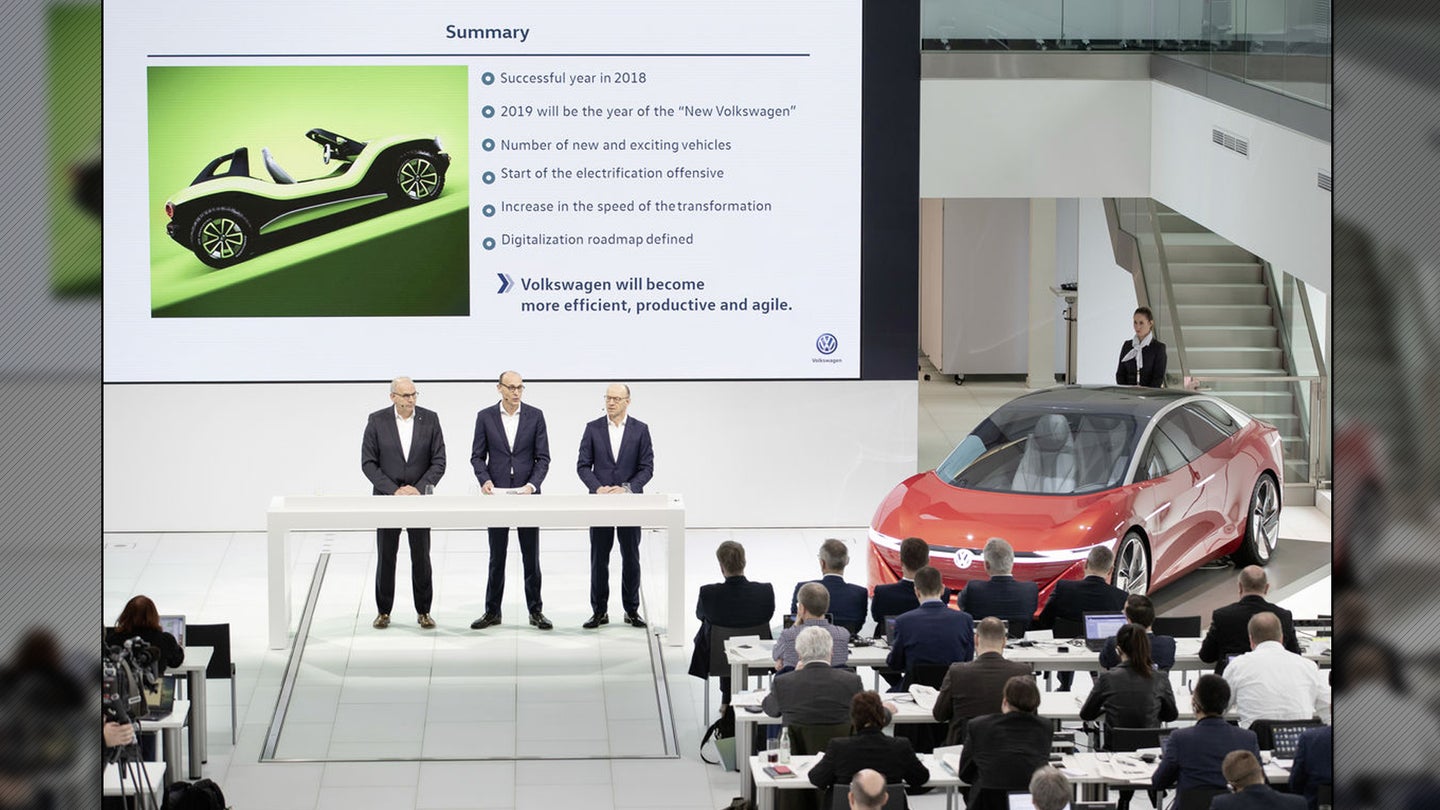 German automaker Volkswagen has announced a plan to cut between 5,000 and 7,000 jobs within the next four years, a move which would save the company an estimated $6.6 billion (5.9 billion euros).

Despite the company having large profits during the last fiscal year, Volkswagen aims to increase its overall operating margin by around six percent. In fact, Volkswagen estimates the majority of positions can simply be absorbed by allowing employees to retire and simply not filling the spots as they leave. The automaker may also offer some employees an early retirement in order to help reduce its cost of labor and better position itself for the investments needed to become successful in the "digital era.”

In 2018, Volkswagen Group reported a total profit of $13.8 billion (12.15 billion EUR). A six percent increase over the next three years would net the automaker an additional $828 million (731 million EUR).

Even with massive profits, Volkswagen continues to reinvest its money into the future of its automotive empire to secure its long-term standing. In late 2018, Volkswagen CEO Herbert Diess said the company would go into an all-out "electric offensive" and reserve a $50 billion cash hoard to use towards transitioning to an electric-friendly brand. Of the large investment, Volkswagen says it will dedicate more than $5.2 billion (4.6 billion EUR) towards a "digital transformation" which will reduce administrative and non-staff overheads by an estimated 15 percent.

Around 90 percent of the funding will be placed toward the development of hardware and future battery technology, though the automaker will reportedly reduce this to around 50 percent by 2030, instead focusing more on connected services.

Volkswagen plans to create 2,000 new jobs in its Technical Development team which will work to create connected architecture and software for its future products. In 2018, it was announced that Volkswagen had partnered with Microsoft to begin building the backbone of its connected network on the company's cloud computing platform, Azure, and will also work with IBM to craft future digital offerings.

Those who join VW's workforce will have their hand in creating more than 10 million electric vehicles on the automaker's brand new modular MEB platform.

2019 Volkswagen Jetta GLI: Better Than Ever Thanks to More Power and New Platform

The new Jetta GLI packs gobs of performance goodies borrowed from the Golf GTI and R.