The automaker is also experimenting with a new type of workspace. 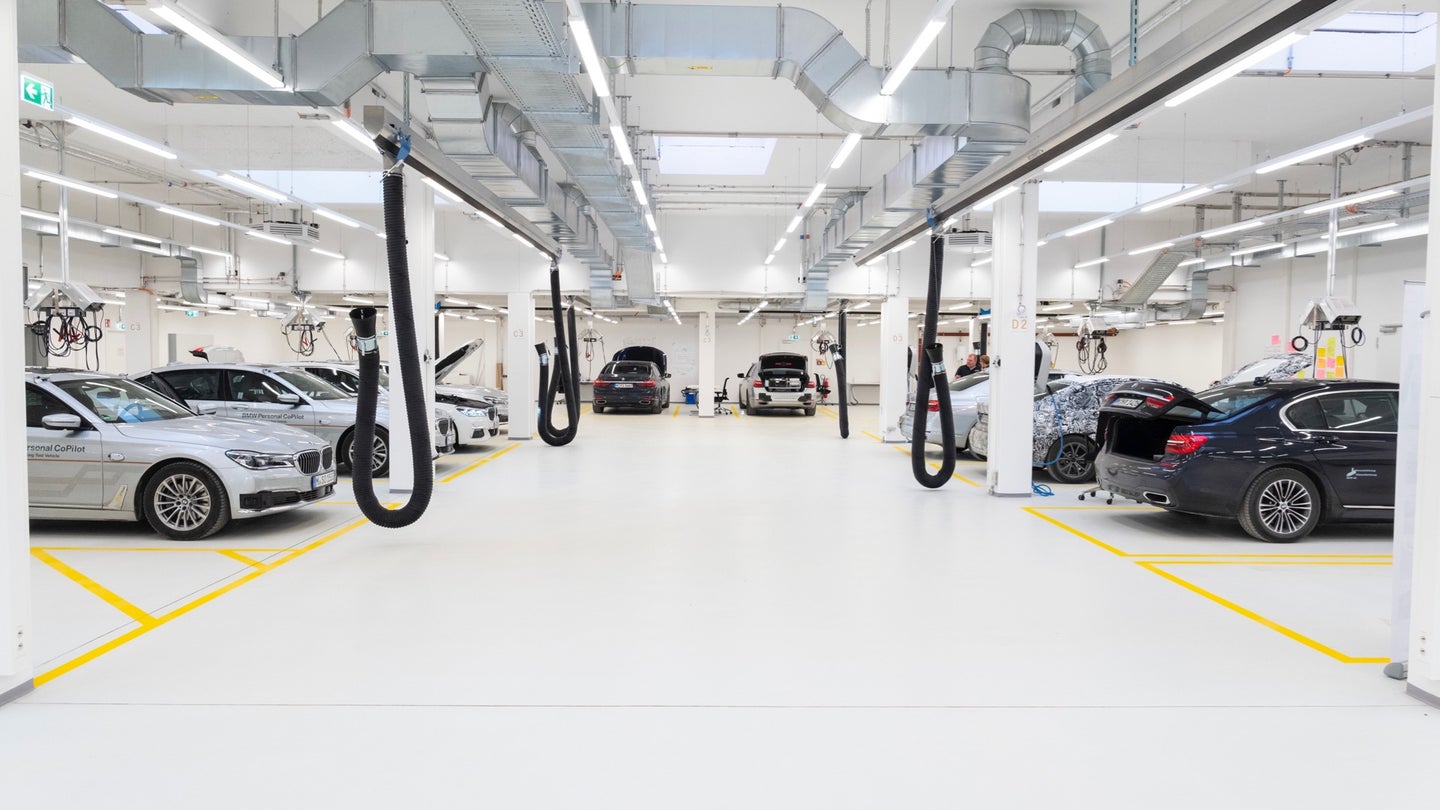 A fatal crash involving an Uber self-driving car has caused some companies to slow down their autonomous-driving programs, but not BMW. Shortly after the crash, the German automaker announced an expanded fleet of prototype autonomous cars, and now it's opening a dedicated autonomous-driving research lab.

The new facility is located in Unterschleißheim, Germany, not far from BMW's Munich headquarters. It will house 1,800 employees in reconfigurable open-plan offices, which BMW claims will facilitate communication between employees in different disciplines. This is the first time this "agile working model" has been applied on this scale in the auto industry, according to BMW.

In a press release, BMW said it is looking to recruit "IT specialists and software developers in the areas of artificial intelligence, machine learning, and data analysis" for the lab. Promises of an open-plan, flexible working environment may be as much about luring these workers away from tech companies as anything else.

Last month, BMW announced that it will double its autonomous-car test fleet to around 80 vehicles by the end of the year. The company is already partnering with Intel, Mobileye, Delphi, and Fiat Chrysler Automobiles on autonomous-driving tech.

In 2021, BMW plans to introduce some degree of autonomous-driving capability on the iNext sedan, likely SAE Level 3 or Level 4. That means the car will still require some human intervention in certain situations. A fully-autonomous Level 5 car is likely much further off. BMW's collaboration with rival Daimler on mobility services means future self-driving cars may be used in ride-hailing services rather than being sold to private customers—at least at first.