Pagani Named Its Latest Special Edition Huayra After a Bird

This being the Roadster, falcon doors are ironically not included. 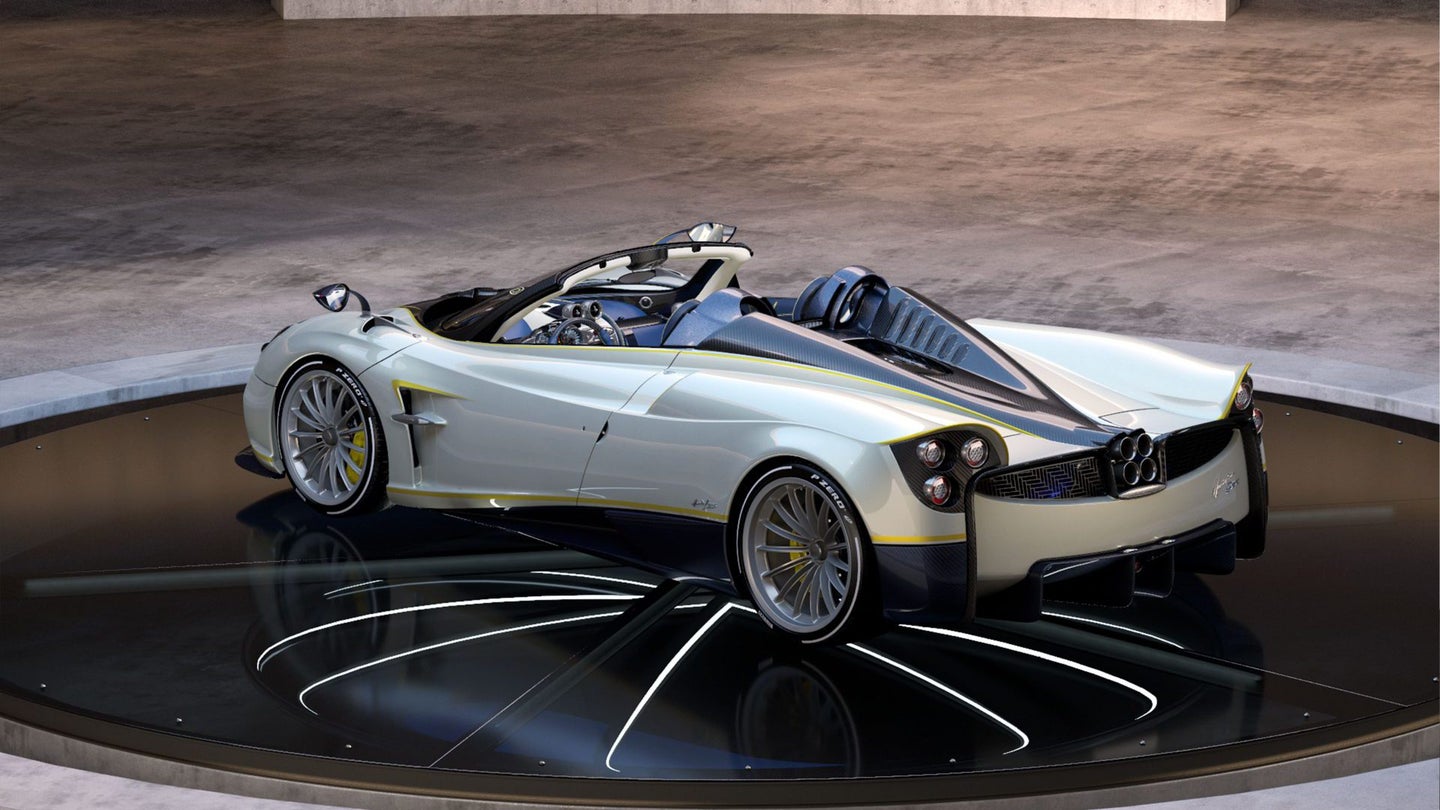 Pagani revealed the latest special edition of its Huayra Roadster hypercar at Pebble Beach and this time around, it's named after a bird.

Called the Huayra Roadster Gyrfalcon, the drop-top Pagani takes its name from what is apparently the largest bird in the entire falcon species. A female gyrfalcon has a wingspan of up to 63 inches while the car that shares its name isn't even that much wider, measuring a little over 80 inches from wing mirror to wing mirror.

Pagani also made sure its special Roadster shared a color scheme with the big bird, painting it white and dark blue with accents of gold. The stripe running down the Huayra Gyrfalcon's nose is said to be inspired by the avian gyrfalcon's beak. The falcon's image is also stitched into the car's headrests, door cards and matching luggage set. A special gyrfalcon gold coin is also lodged inside the shift knob. Sounds like Pagani has built a dream machine for well-to-do bird watchers.

We couldn't help but think Pagani missed an opportunity here by not making this out of the fixed-roof Huayra with its falcon doors but that's neither here nor there.

According to company founder and CEO Horacio Pagani, "These made-to-measure supercars are well-loved in North America, not only for their intense technology and beauty but also for the appreciation of passionate Italian craftsmanship that goes into making them."

As with the normal, non-bird-inspired Huayra, the Gyrfalcon is powered by a twin-turbo, 6.0-liter V12 sourced from Mercedes-AMG. It produces 720 horsepower, carrying the car to 60 miles per hour in 2.8 seconds and on to a top speed of 238 miles per hour.

A fully built and functional Pagani Zonda Revolucion can cost upwards of $3 million.

Dubbed the ‘L’Ultimo,’ meaning ‘The Last’ in Italian, the final Pagani Huayra will head to Miami in June.