To date, Honda has already sold a million cars equipped with the system. 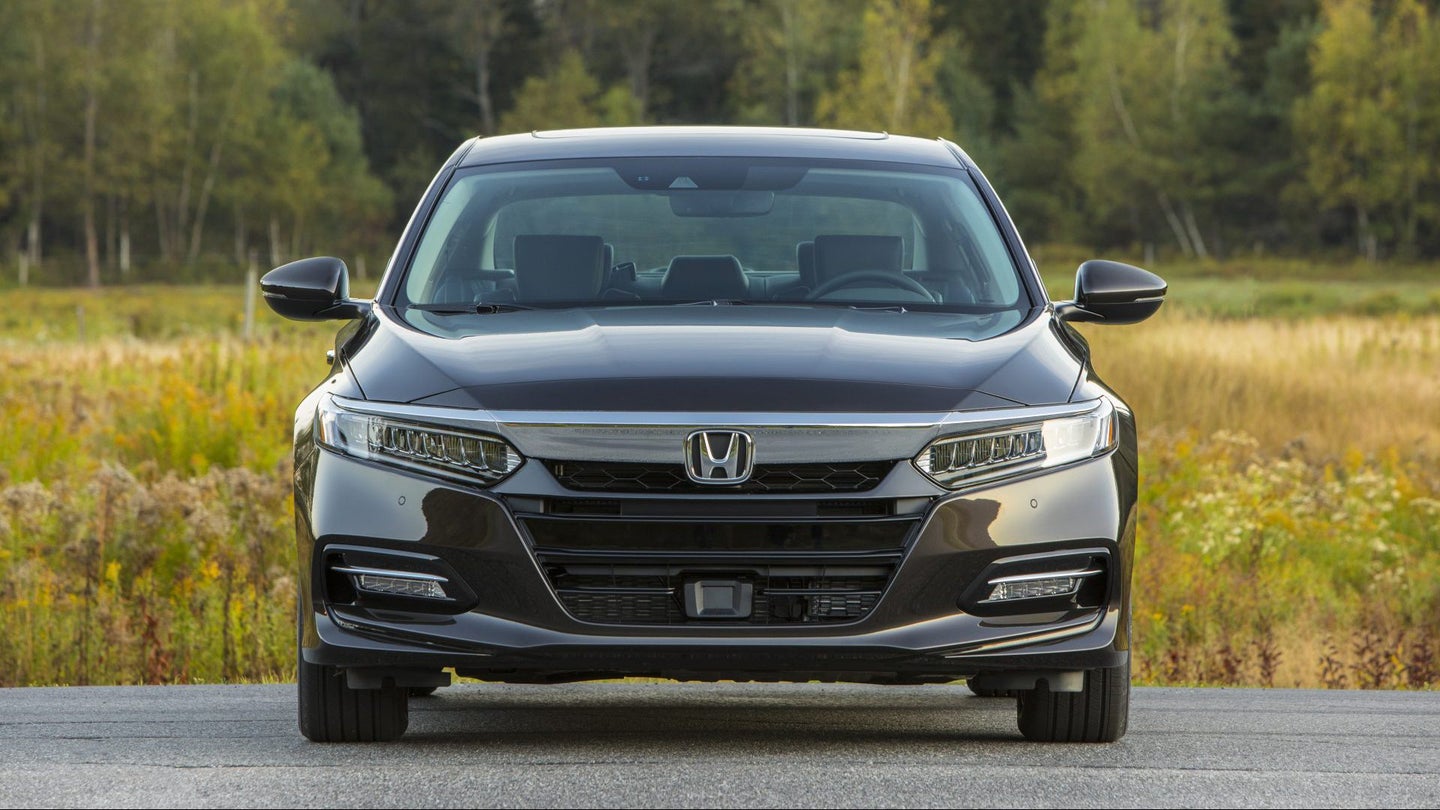 Honda has announced that every new car it sells for the 2022 model year will come with its Honda Sensing suite of active safety tech as standard.

The Japanese automaker is also predicting 95 percent of its cars to feature automatic emergency braking by 2020—two years ahead of the schedule agreed upon by the U.S. Department of Transportation, Insurance Institute for Highway Safety, and a group of 20 automakers.

While it's nice that Honda is making its advanced safety tech more accessible, that goodwill wouldn't be worth very much if the system itself was subpar. Thankfully for Honda and the millions who buy the company's cars every year, Sensing appears to be good.

According to a study conducted by the IIHS and Highway Loss Data Institute, Sensing-equipped Hondas were not only involved in fewer collisions than their less well-optioned counterparts but also got themselves into crashes that were less severe. Specifically, Hondas armed with Sensing tech recorded collision claims $379 lower on average, were 11 percent less likely to file a "damage to other vehicles or other property" claim, and 28 percent less likely to cause "injuries to people in other vehicles or others on the road." The study looked at 2016 model year Accords, Civics, and Pilots with non-Honda Sensing examples, naturally, serving as the control group.

As it stands, Honda Sensing is standard on the Clarity range, Accord, and upcoming Insight. It's available as an option on the Fit, non-Type R Civic, CR-V, Pilot, Odyssey minivan, and Ridgeline pickup but completely absent on the HR-V compact crossover.