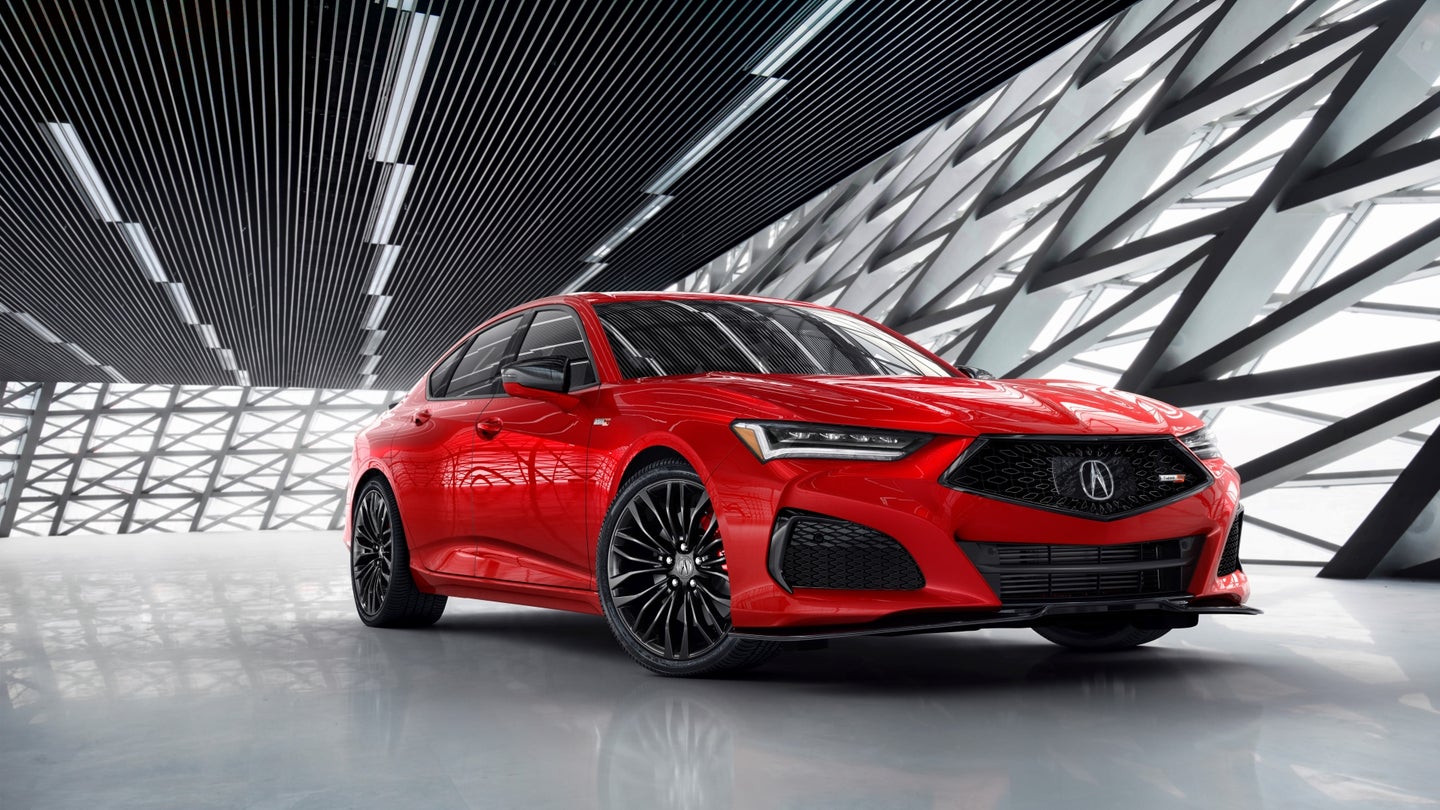 Just last week, Acura unveiled its all-new TLX sedan along with a hotted-up Type S model. Thanks to a newly leaked dealer presentation, we now know what the rest of Acura's lineup will look like for the next couple of years and, fortunately, the TLX won't be the only car to wear the resurrected Type S badge.

Shared to the Acurazine forums is a 52-minute video presentation from the company intended for its dealer network's eyes only. The key takeaway here is Acura's rescheduled goal of hitting 200,000 units in annual sales by 2022. You and I, meanwhile, will likely be much more interested in how Honda's luxury arm will go about doing that.

Showing up at around 37 minutes is a slide that lays out the automaker's product plans, all but confirming the next-gen MDX crossover and a "New Compact Sedan" within two years, both of which will come with Type S versions. While a redesigned MDX was expected and, like the TLX, already had its design leaked almost a year ago now, this "New Compact Sedan" raises some questions. Presumably, it'll be a successor to the long-in-the-tooth ILX but why is Acura not simply referring to it as the "New ILX" here? Also, what is the meaning of the new model being represented in chartreuse green versus the old ILX's school bus yellow? Is the company preparing a compact sedan that trades in the ILX name for one with way more brand cache like, say, Integra?

The presentation also confirms the NSX supercar's presence until at least 2022, while the recently discontinued RLX will indeed stay discontinued. "One model that is obviously absent from this plan: RLX," said Acura Sales Assistant Vice President Mamadou Diallo. "TLX is moving up in size, power, and sophistication. And with SH-AWD available on all trim levels, we are ready to say goodbye to RLX."

While the new TLX Type S's power figures have yet to be announced, Honda R&D boss Toshihiro Mibe also showed up earlier in the webcast to drop this tidbit about the car's new turbocharged V6. "Created for Acura Type S models," (so, presumably not just the TLX) the six-cylinder will apparently "greatly exceed the performance of existing V8 engines."

So, there you have it. Two all-new Acuras within the next two years packing V8-rivaling engines. As the global pandemic continues to rage on, Acura picked one hell of a time to make a comeback and it'll be interesting to see how it all shakes out.

We've reached out to the company for comment and will update this story when we hear back.

Update 9:04 p.m. ET: In an email, an Acura spokesperson told The Drive, "We’ve expressed Acura’s steadfast commitment to Precision Crafted Performance since the launch of the second-generation NSX. While this presentation is intended for Acura dealers and is not all-encompassing or definitive, it does demonstrate that we intend to deliver on that brand promise, step-by-step, starting with the 2021 TLX."

“They still make that?”, you might be asking. Not for much longer.